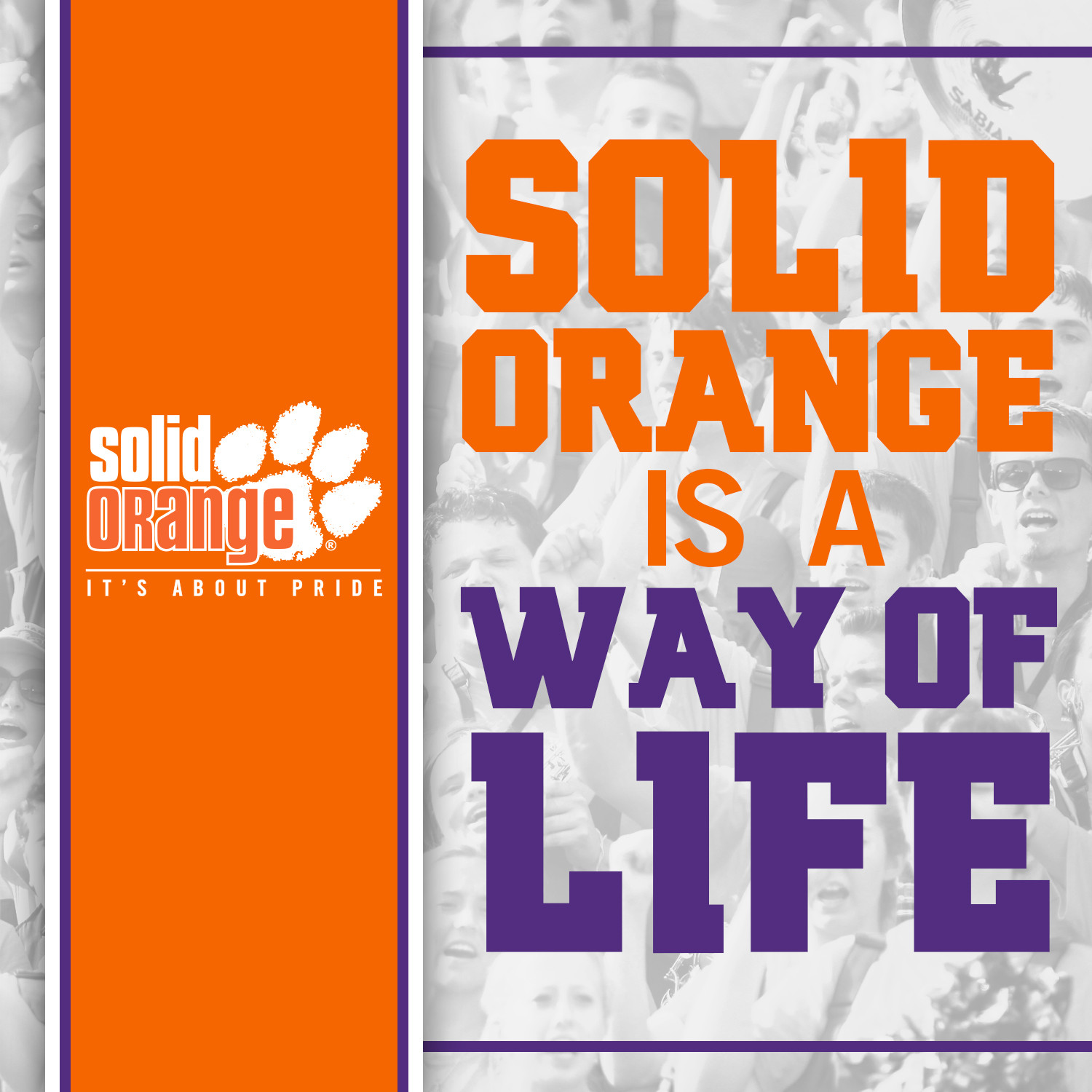 As the Clemson football team begins its home season this weekend in a 12:30 p.m., tilt against South Carolina State, the university and athletic department reminds each of its more than 83,000 fans expected on campus to represent the spirit of “Solid Orange.”

Launched in 1999 as a marketing campaign by the university to assist in promoting Clemson throughout the entire state of South Carolina, “Solid Orange” created new symbolism to represent and reinvigorate the sense of pride and family unity that are cornerstones of Clemson’s philosophy. The motto for the campaign became Solid Orange: It’s About Pride, and the central theme was honorable conduct, symbolized by the wearing of orange at athletic events and on Fridays. The emphasis on Pride: Our Actions Honor our University, its Traditions, Teams, Performance, People, and Each Other, was publicized in virtually all related publications and promotions and at campus events.

To complement the initial effort, in 2004, a sportsmanship taskforce was created of not only campus-wide representatives, but campus-related entities and the community-at-large. The taskforce was charged with steering the creation of “an environment that is spirited and fun, but also shows respect for teams, the University and the traditions that make Clemson special.” The consistency of this leadership effort has resulted in previously unparalleled positive feedback from visitors, fans and the Clemson community. Our continuing leadership emphasis on these important standards will solidify the results of creating an environment of welcome and respect.

So as Clemson begins a new football season Saturday, the tenets “Solid Orange” remain a priority in showcasing Clemson University and its athletic programs as both hospitable to guests and passionate for the Tigers.