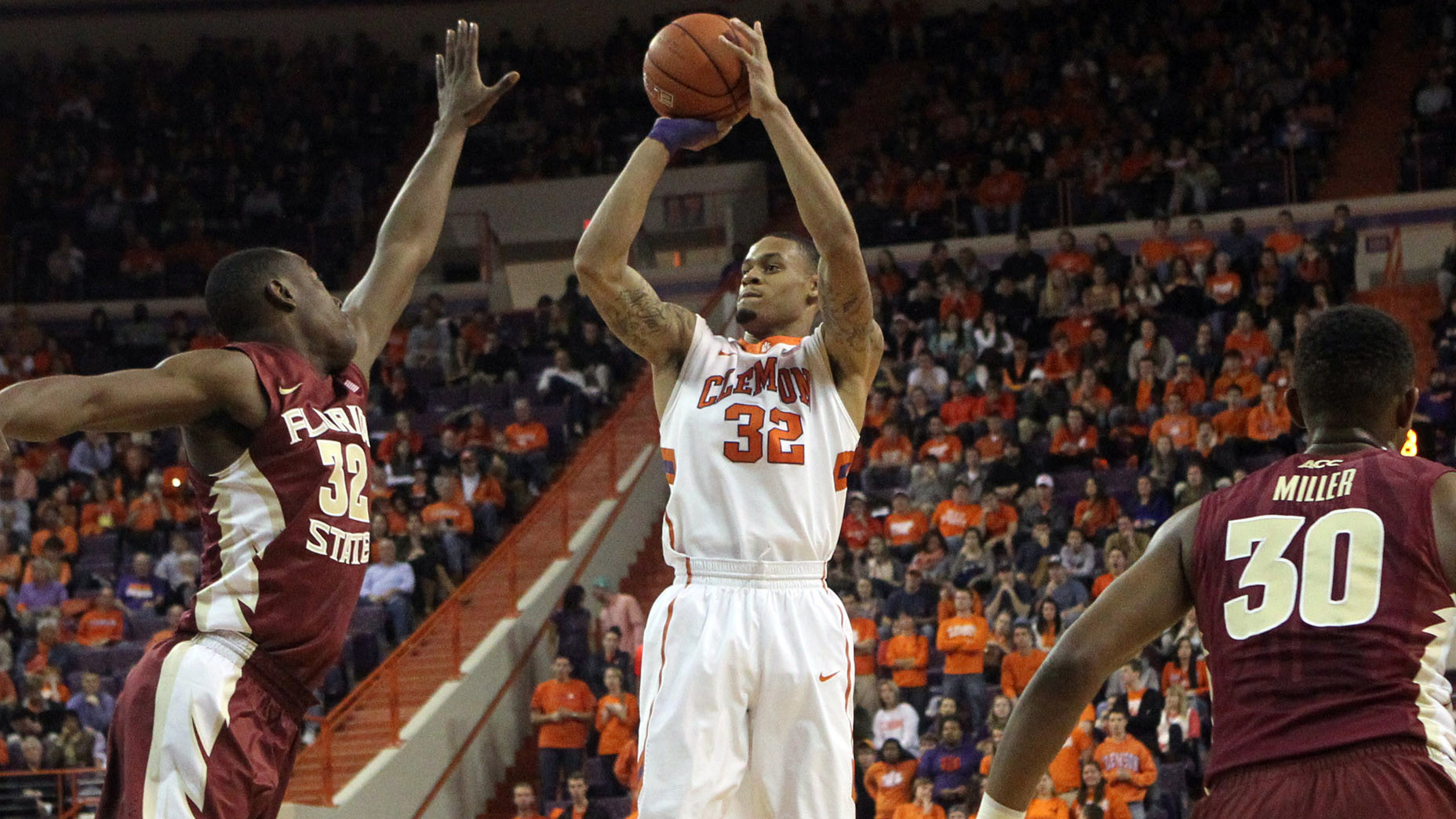 CLEMSON, SC – Clemson committed a season-high 18 turnovers and Florida State converted them into 25 points in a 56-41 loss for the Tigers on Thursday at Littlejohn Coliseum. The loss dropped Clemson to 1-1 in the ACC and was the Seminoles’ first in two conference games.

K.J. McDaniels led the way for Clemson with 14 points, but the Tigers turned the ball over and struggled shooting the ball as well. The Tigers made just 15 of 50 field goals, 30 percent. Clemson also struggled from long range, connecting on 5-of-19 from outside the arc (26 percent). Florida State scored 44 of its 56 points in the paint, often in transition after Clemson turnovers or misses. The Seminoles shot 47 percent overall but just 1-for-11 from three. Only 13 free throws were attempted by the two teams combined.

The Tigers scored the first basket of the game but ran into a dry spell as the Seminoles put together an 11-0 run over a stretch of 2:12 due to Clemson turnovers. The Tigers clawed back in it, pulling within four on a deep ball up top by Damarcus Harrison that made it 15-11. The scoring slowed even more at that point, as the two teams combined for just seven points over the next four minutes. Adonis Filer‘s free throws inside the final 15 seconds brought the Tigers within five at 21-16.

A three by McDaniels pulled Clemson quickly within two after the break, but the Tigers did not hit a second field goal until Filer’s flip toss in the lane with just under 15 minutes left. FSU then scored right back to grab a double digit lead at 31-21.

The ‘Noles stretched their advantage to as much as 16 in the second half when third-leading scorer Jordan Roper finally found the scoring column with five straight points. But Clemson could pull no closer than nine the rest of the way as FSU cruised to the win.

The Tigers face a quick turnaround and face Duke at home on Saturday. The game will tip off at 2 p.m. and will be televised by RSN. (Click HERE for a list of RSN affiliates.)