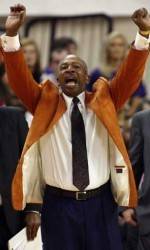 QUICK FACTS  Clemson is appearing in the NCAA Tournament for the third straight year, one of 21 schools who have played in each of the last three tournaments. This is just the second time in history Clemson has played in three straight NCAA Tournaments.

 The games in Buffalo will be playd at HSBC Arena (opened 1996), the home of the Buffalo Sabres.

 Over the last four years, Clemson has a 93-40 record, a .700 winning percentage. Clemson ranks third among ACC schools in winning %. The only school with a better percentage for that time are Duke and North Carolina.

 Booker will make his 134th consecutive start when he opens play in the NCAA Tournament. He will break the Clemson record for total games started in a career when he makes the start. Former teammate Cliff Hammonds started 133 games in his career from 2004-08. Booker will tie the Clemson record for games played when he participates in the NCAA Tournament.

 The first time Clemson played Missouri, in Honolulu in 1985-86, Clemson’s top player was Horace Grant with 23 points, nine rebounds and five assists. His nephew, Jerai Grant, will start for the Tigers against Missouri.

 Clemson and Missouri are both ranked in the top 10 in the nation in steals per game. Missouri is first and Clemson is seventh.

 Clemson joins Kansas, Notre Dame, Baylor and West Virginia as the only schools in the nation with four RPI top 50 wins over their last 10 games.