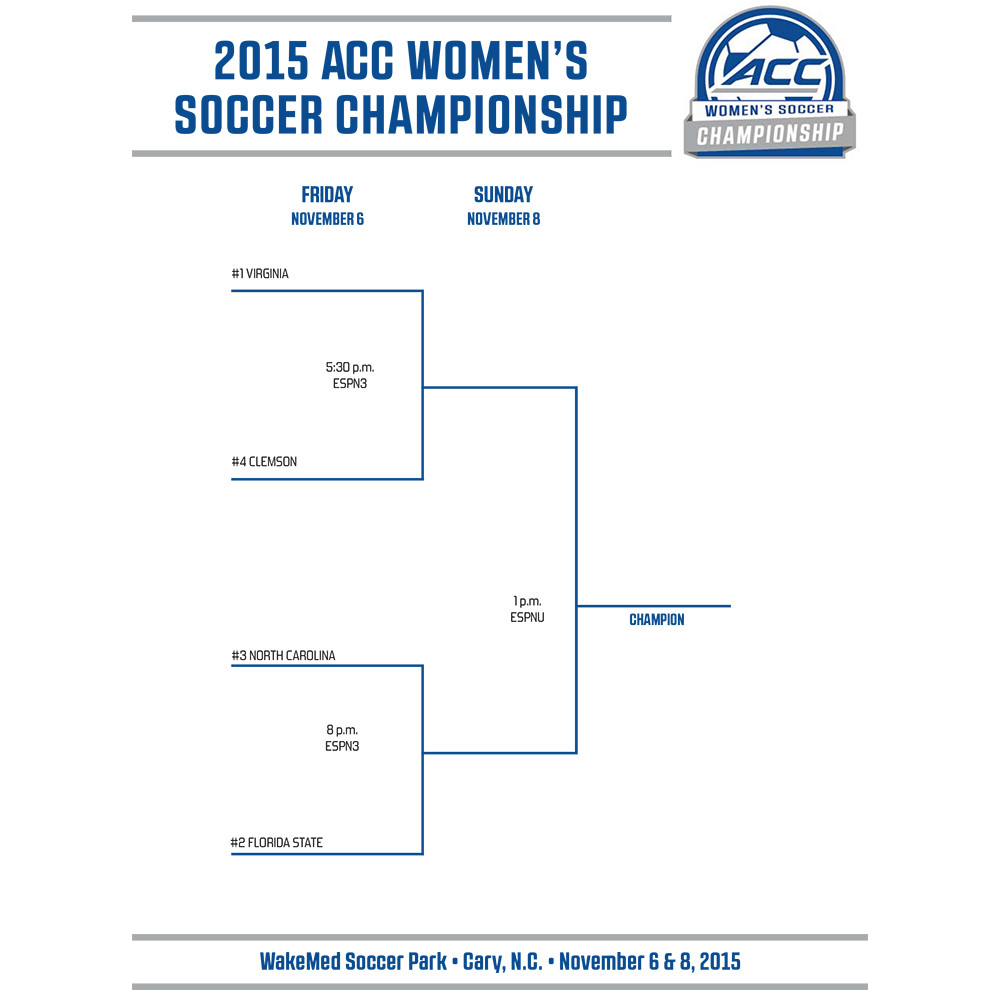 Clemson is No. 4 Seed for ACC Women’s Soccer Championship

Friday’s winners will play for the championship and the league’s automatic berth in the 2015 NCAA Women’s Soccer Championship on Sunday at 12 p.m.

Both of Friday’s semifinal games will be streamed live by ESPN3, while Sunday’s championship match will be televised by ESPNU.

Tickets for adults 18 and over are $10 for each day’s session. Attendees under 18 years of age, as well as all college students with a valid school ID, will be admitted free. A ticket to Friday’s session covers both semifinal matches. A fireworks show will be on display between the first and second semifinal games on Friday night.