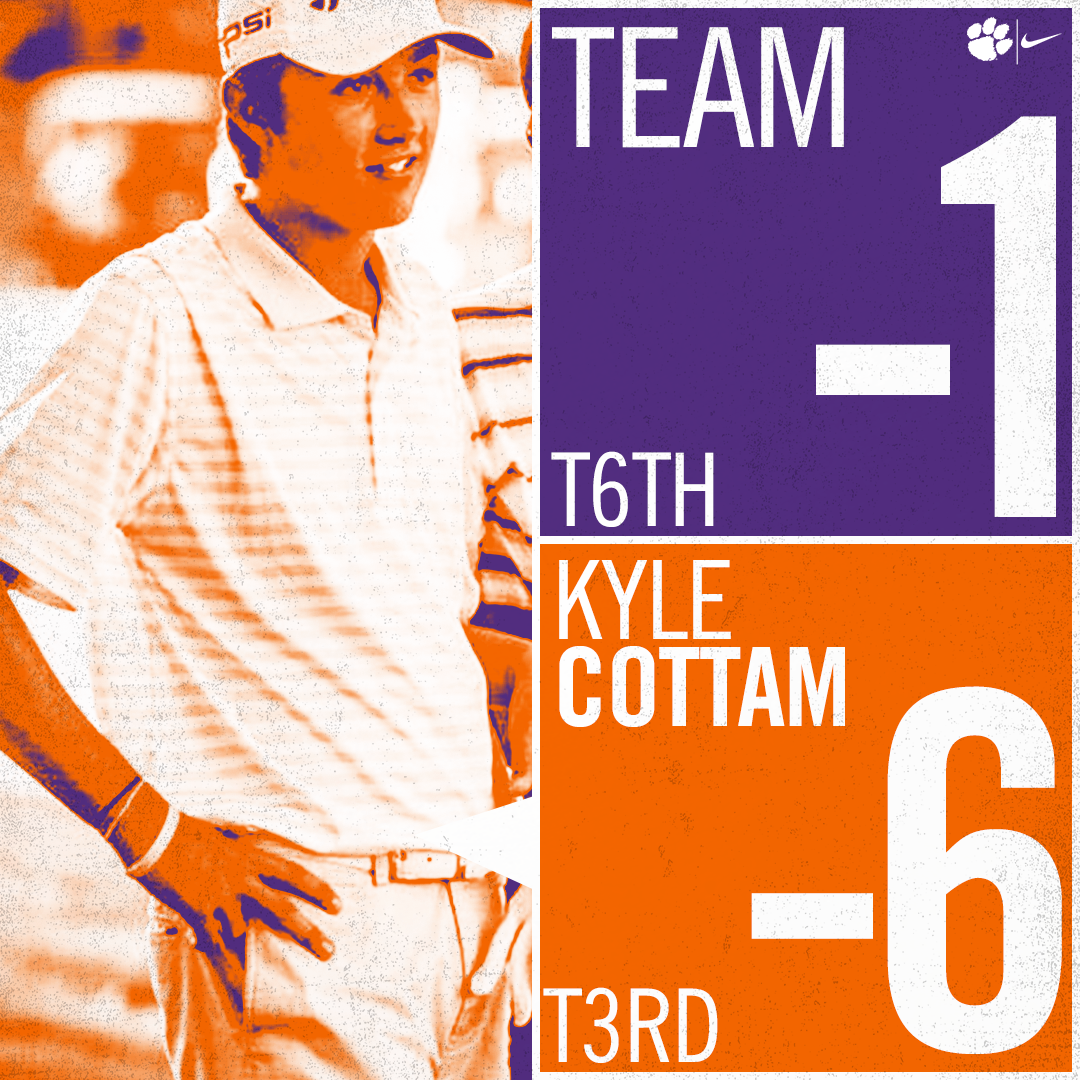 Clemson, S.C.—Freshman Kyle Cottam fired a four-under-par 67 on Tuesday to lead Clemson to a 276 team score and a sixth-place finish at the Trinity Forest Invitational at Trinity Forest Country Club in Dallas, Texas.   The Tigers had a team score of 276 on Tuesday, second best in the 13-team field of schools from across the nation.

Clemson finished with a one-under-par team score of 851 for the 54 holes on the par 71 course that will be the site of the PGA Tour’s Byron Nelson Invitational next spring.   Florida won the event with an 835 score, while Auburn and Texas Tech were tied for second at 84. Texas finished fourth at 847, while Southern California was fifth at 849.

Clemson had an eight-under-par team score of 276 in the third round, the Tigers best in this young season, and the second best score of the day behind Florida’s 275.

Cottam, who was Clemson’s No. 5 player entering the tournament, had rounds of 71-69-67 to finish at 207 for the 54 holes, good enough for a tie for third in the field of 78 golfers. The 67 by the native of Knoxville, Tenn., tied for the second best round in the field for the final round, as he had his first career eagle on the par five 11th hole and shot a four-under-par 32 on the back side, his first nine of the day.

Bryson Nimmer also had a final round 67 thanks to five birdies, an eagle and three bogeys. The junior finished at 209 for the three rounds, good enough for seven place, his 12th career top 10. He improved from 15th place entering the final round.   It was the second top 10 finish of the fall for Nimmer, who finished second at the Carpet Classic two weeks ago.

Turk Pettit had his third consecutive day of improvement in shooting a one under par 70 on Tuesday. The freshman from Auburn, Ala. had rounds of 72-71-70 in finishing 17th with a 213 score. It was his second straight top 20 as he finished third in the opening tournament. Pettit already has five rounds at par or better in his six rounds so far this season.

U.S. Amateur Champion Doc Redman had a one over par 72 on Tuesday to finish with a 224 total, good enough for 59th place, while William Nottingham had a 77 and was the non-counter for the Tigers.

Clemson returns to the road October 1-3 when the Tigers play in the Nike Elite at North Plains, Oregon.