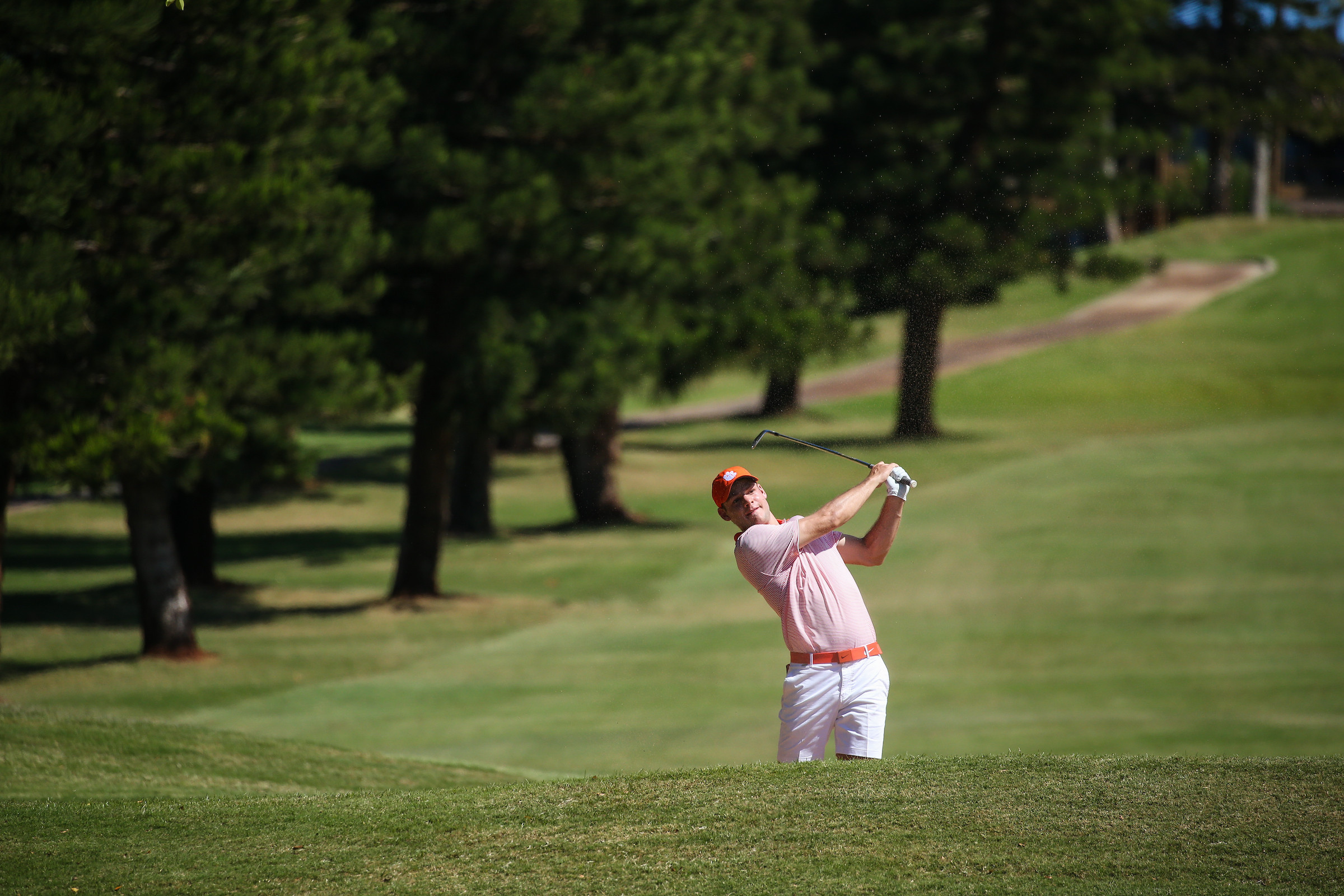 Clemson, S.C.—Turk Pettit shot a four under par 68 on Sunday to lead Clemson to a 281 team score and a tie for sixth place at the Golf Club of Georgia Collegiate in Alpharetta, Ga.   The tournament completed the fall schedule for Larry Penley’s Tigers, who were ranked 16th by Golfstat entering this event.

After a 12th place standing the first day, Clemson improved over the last two rounds to 10th, then sixth after the third and final round.   The Tigers shot a second round nine-under par 279, tied for the best team score vs. par this year.

Clemson had a strong finish on Sunday, scoring eight under par over the last three holes as a team to move from 12th place to sixth.   Leading the way at the finish was freshman Colby Patton, who had a birdie on the eighth hole, his 17th hole of the day, followed by his first career eagle on the ninth hole. He finished with an even par 72.

Pettit’s round of 68 also included his first career eagle. The freshman from Auburn, Al came back from an opening round 76 to shoot 71 and 68 the last two rounds to finish with a one under par 215 from the 54 holes.

Freshman Kyle Cottam was Clemson’s top player the first two rounds with a nine under par score, but slipped to a 79 on Sunday. He still finished at two under par for the 54 holes to finish 37th. Pettit finished 47th and Patton was 59th.