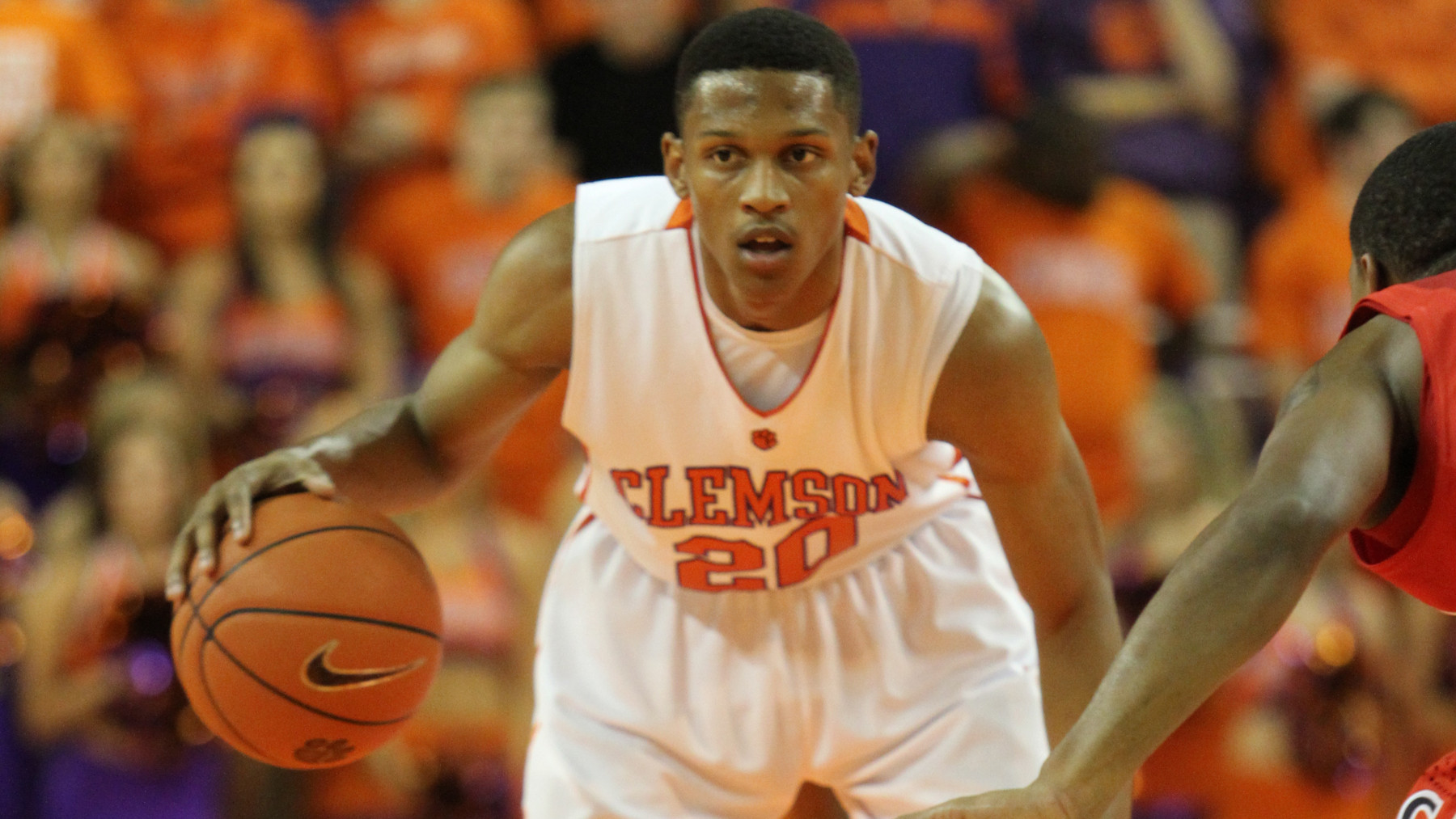 CLEMSON, SC – Clemson fell victim to a last second three-pointer for the second time this ACC season, as Scott Wood launched from the right corner to lift NC State to a 58-57 victory over the Tigers at Littlejohn Coliseum on Sunday. The Wolfpack improved to 17-7 overall, 6-5 in league play. Clemson fell to 12-11 overall and 4-7 with a third straight ACC loss. It was NC State’s first win at Clemson since the 2005-06 season.

Jordan Roper scored a career-high 17 points in his first start since a game against The Citadel on Jan. 1. Roper made 6-of-12 from the field, including 3-of-4 from three-point range. K.J. McDaniels added 12 points, six rebounds and five blocked shots. Devin Booker had 10. For NC State, Richard Howell led with a double-double at 16 points and 11 rebounds. Lorenzo Brown added 15 and C.J. Leslie had 12.

Clemson got out to an early 8-3 lead, and after NC State closed within four at 11-7, it scored five straight to push the lead to nine. McDaniels blocked a pair of shots during the run, while Roper stepped into a three and moments later stole a pass at midcourt and drove in for a layup. Roper added another steal in the half court, and converted one at the line with 7:51 left to make it 22-12 in favor of the Tigers.

Clemson doubled up the ‘Pack on a follow jam underneath by McDaniels with about six minutes left in the half. But State responded with a 6-0 run capped by a jam from C.J. Leslie. Bernard Sullivan responded with a long jumper for Clemson. The lead was cut to 28-23 on a long three by freshman Tyler Lewis. Sullivan found a cutting Booker inside for a dunk to make it 32-23 inside the final minute, but Lewis again buried a three to cut it to 32-26 Clemson at intermission.

State quickly cut the lead to 39-35, but Roper pulled up for three on the right wing and connected to push the lead to seven at the first media timeout. The lead was whittled to one at 42-41 on a Howell dunk. State took its first lead of the second half on a circus shot by Howell with 9:20 to play.

McDaniels broke the Roper-only scoring in the second half with a trifecta as Clemson put together a 5-0 run to take 49-45 lead with 6:27 to go. The second basket was a Booker dunk on a bounce pass from McDaniels.

With Clemson up 53-51, Booker rebounded a Jennings miss on a three and powered a left-handed layup through the basket inside the final two and a half minutes of the game. Clemson was blocked at the rim on a Rod Hall shot inside two minutes, and Leslie broke free for a dunk on the other end to cut it to 55-53. Hall followed with a drive from the right side to push it to 57-53 inside the final 30 seconds, before Brown answered with free throws. Jennings missed a one-and-one at the line with 14 seconds left, setting up Wood’s heroics.

The Tigers return to action on Thursday on the road, taking on Georgia Tech in Atlanta at 7:00 PM at the newly-built McCamish Pavilion.