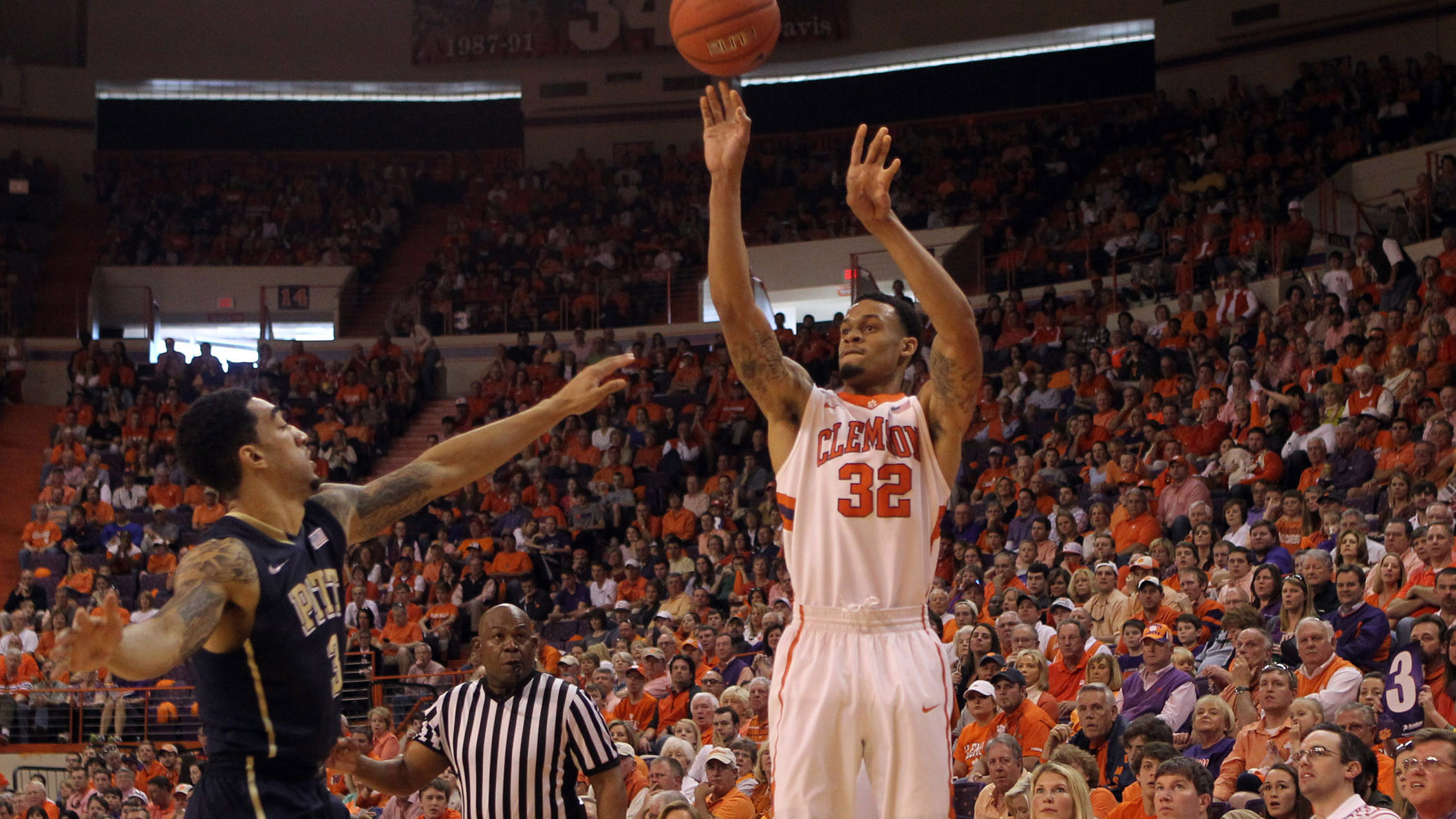 CLEMSON, SC – Pittsburgh scored five straight points after Clemson took a 67-62 lead in the final seconds, including a Josh Newkirk jumper off an inbounds steal as the buzzer sounded. After several minutes of review, the shot was upheld and a 12-0 Pitt run spilled into overtime as the Panthers won 83-78 and secured fifth place in the final ACC regular season standings. The Panthers finished 23-8, 11-7 in the ACC. The Tigers finished the regular season 19-11, 10-8 in conference play. Clemson finishes no worse than a tie for sixth in the ACC standings.

Lamar Patterson hit a three-pointer from the baseline with just over two seconds left, part of a game-high 30 points for the red-shirt senior. That set up an inbounds play for Clemson, who turned it over underneath the basket and the ball bounced into Newkirk’s hands. Pitt shot 50 percent for the game, the second time in as many games this season against the Tiger defense. The Panthers were also flawless at the free throw line, going 20-for-25.

The Tigers shot 47 percent as a team and made 9-of-23 from three-point range, 39 percent. Clemson executed at a high level in the first half, converting 15 of 26 shots for a blistering 58 percent from the floor.

K.J. McDaniels was not far behind Patterson’s pace with a team-high 24 points. He made 7-of-18 field goals and missed just once in nine free throw attempts. Jaron Blossomgame (14), Rod Hall (12) and Jordan Roper (12) added double figures for the Tigers, who finished the regular season by doubling its 2012-13 ACC win total.

The Tigers await the bracket announcement for the ACC Tournament, set to be released after the completion of Sunday’s games by the conference office. Clemson has a first-round bye and plays its first game of the tournament on Thursday.