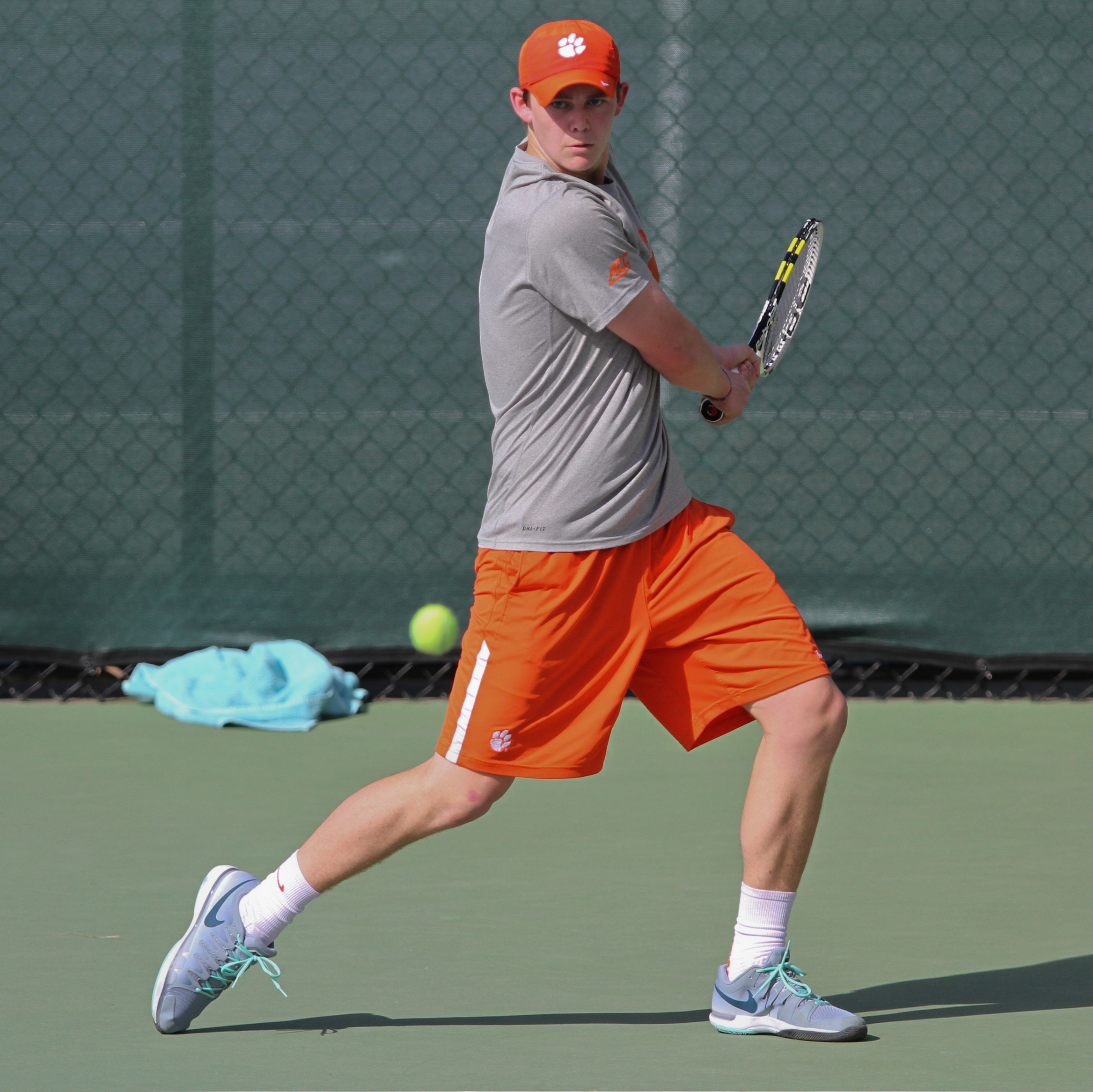 Clemson Falls to No. 27 Florida State on the Road Sunday

TALLAHASSEE, Fla. – The Clemson men’s tennis team rallied to win the doubles point at Florida State Sunday afternoon, but it wasn’t enough as the Tigers fell 6-1 to the 27th-ranked Seminoles. Clemson is now 10-9 overall on the season and 1-4 in ACC play.

Clemson clinched the doubles point in the match with wins at the No. 2 and No. 3 slots. The duo of Hampton Drake and Christian Harris won at No. 3 8-6, while the duo of Luke Johnson and Robert Dudley rallied from down 2-6 to win 8-6 and clinch the point. Johnson and Dudley improved to 4-0 as a pair this season, with two wins at No. 2 doubles and two wins at No. 3.

Florida State swept the singles portion of the match, clinching the team victory with wins at No. 3, No. 4, No. 6 and No. 2 singles, in that order. Johnson was the last to finish at No. 5, after he lost three-set match, battling back to force a tiebreak in the final set. Despite the loss, Johnson is 5-1 in his last six singles matches, and is 5-1 in his previous six doubles matches as well.

Clemson begins a four-match home stand next weekend. The Tigers host No. 6 Duke on Friday, March 27 at 2:30 p.m. at the Hoke Sloan Tennis Center. No. 26 Louisville visits on Sunday, March 29 at 1 p.m.