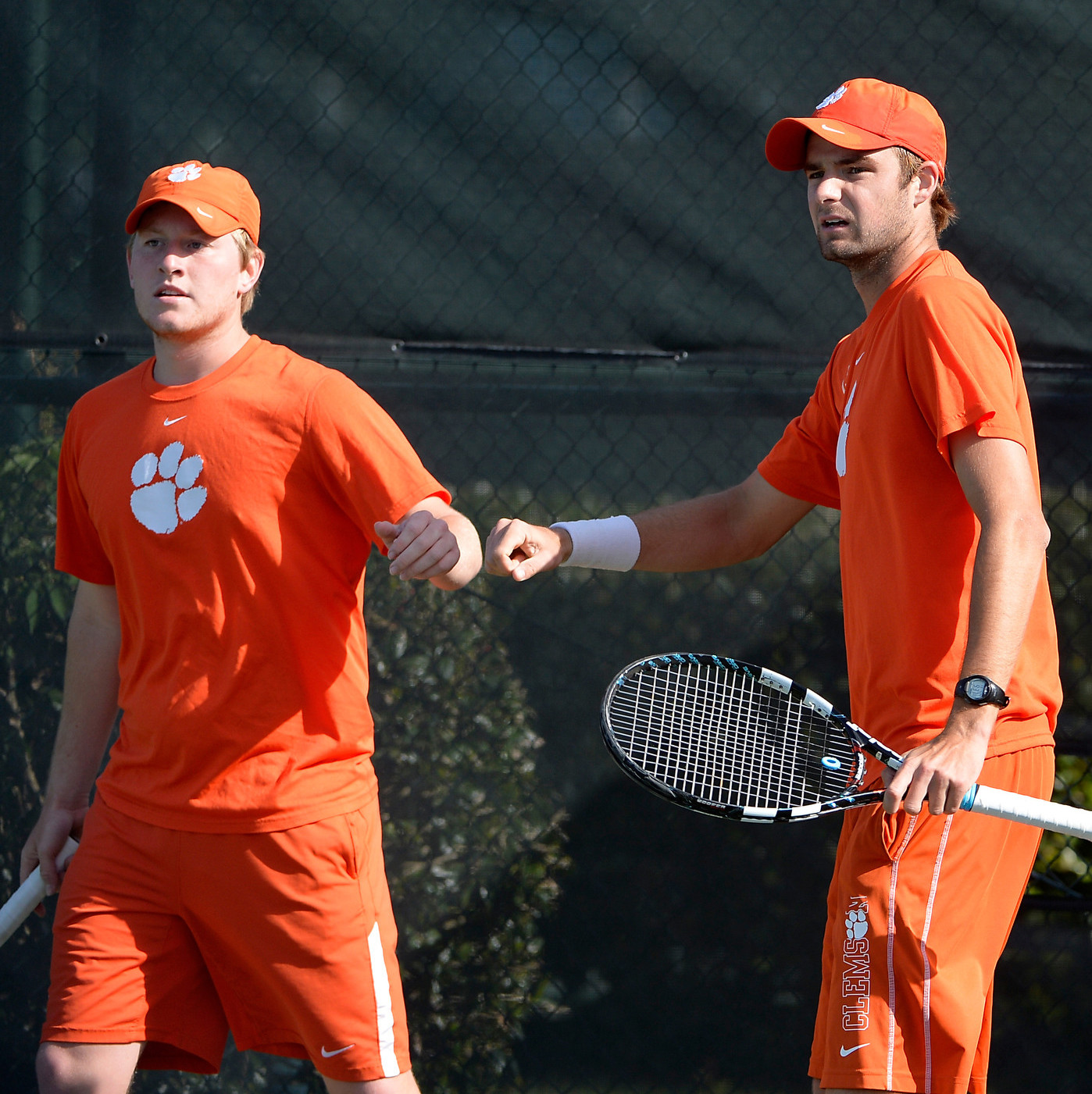 Clemson Falls to No. 11 Wake Forest in ACC Tournament Quarterfinals

CARY, N.C. – After an upset victory in the first round of tournament on Thursday, the Clemson men’s tennis team’s run in the 2015 ACC Tournament ended in the quarterfinals Friday. Wake Forest, ranked 11th nationally, advanced with a 4-0 win. The loss dropped the Tigers to 12-16 on the season.

The Demon Deacons clinched the doubles point with wins at No. 1 and No. 2s. Clemson’s No. 1 doubles duo of senior captain Hunter Harrington and junior Luke Johnson traded games with Wake Forest’s duo of Skander Mansouri and Christian Seraphim, ranked No. 11 nationally, before the Demon Deacon pair won the final three games to take the match 8-5. Clemson’s team of freshman Hampton Drake and sophomore Robert Dudley fell 8-3 at No. 2. At No. 3 doubles, the Tigers’ duo of senior Alejandro Augusto and junior Austin Ansari rallied from down 0-4 to tie the match at 4-4. Clemson trailed 5-7 before the match was called when Wake Forest clinched the doubles point.

“This team has never given up all year, even through the adversity,” head coach Chuck McCuen said. “This summer, everyone is going to do some reflection. They’re going to continue to get better and learn from this year’s experiences, the highs and the lows, and just continue to grow because that’s what Clemson folks do.”

In singles, Wake Forest clinched the overall match with wins at No. 1, No. 2 and No. 5 singles. Clemson’s Harrington and Augusto faced a difficult challenge in their matches at No. 1 and No. 2, playing against the 13th and 15th-ranked singles players in the nation. Both Tigers fell in straight sets, Harrington to #13 Noah Rubin and Augusto to #15 Romaine Bogaerts. The Demon Deacons clinched the match with a Seraphim win over Ansari at No. 5 singles.

Clemson’s Johnson played well at No. 4, winning his first set in a tiebreak. Johnson’s opponent, Wake Forest’s Jonathan Ho, is ranked 92nd nationally. Drake, winner of his past six matches, also won his first set at No. 6 singles.

Friday’s match concluded the Clemson careers for Harrington and Augusto, two players who are highly respected by both their teammates and coaches.

“I love Hunter and Alex to death, I miss them already,” McCuen added. “I didn’t have any sons, and all these guys are my sons. Whenever they grow up to the point where they’re out on their own, it’s hard to let go. Especially two great people, great leaders. I’ll miss them; we’ll all miss them. I know they’ll be very successful and they left a great legacy.”