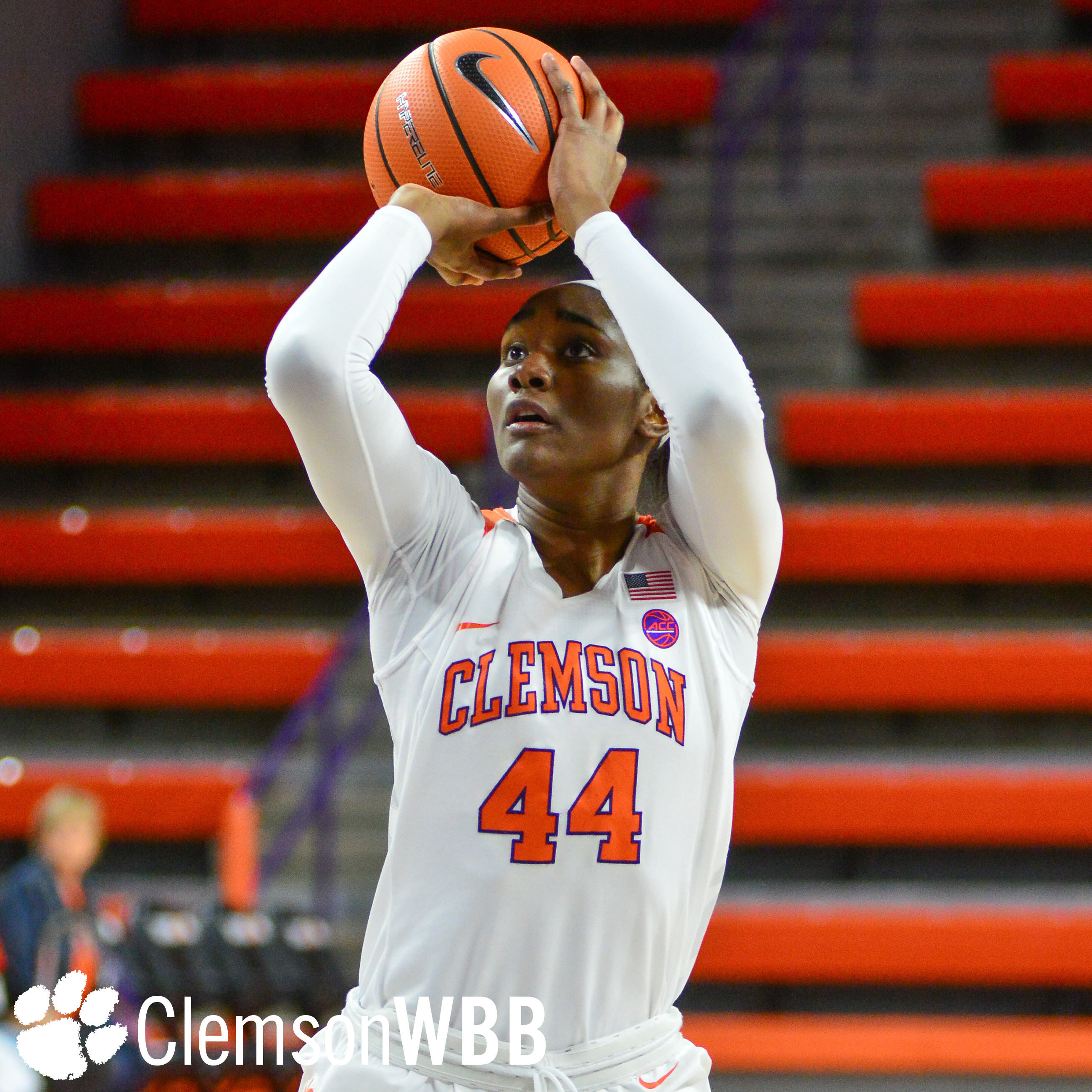 Georgia Tech opened the game on a 7-0 run in the first four minutes of play, but Aliyah Collier and Danielle Edwards led the charge as the Tigers fought back to score nine points over the next two and a half minutes. During the stretch, Edwards scored seven points, while Collier had two, along with two assists, two steals and a rebound.

The Clemson offense cooled off though, and did not score for a nearly 10-minute span over the first and second quarters. Meanwhile, Georgia Tech’s offense was on fire in the second period, hitting 60% of its field goals (6-for-10) and also making 7-for-8 (87.5%) from the free throw line. The Jackets outscored the Tigers 20-3 in the second quarter to take a 33-12 lead into the locker room at halftime.

Kobi Thornton had an eight-point third quarter for the Tigers, but Georgia Tech stayed hot offensively, shooting 50% for the third quarter. For the game, the Yellow Jackets shot 47.9% and made 85% of their free throws (17-for-20), while Clemson, uncharacteristically, shot just 31.6% (6-for-19) from the line, after shooting 70.1% entering the contest.

Thornton finished the game with 10 points for the Tigers on a 5-for-12 performance from field goal range. Freshman Tylar Bennett pulled down a career-high nine rebounds and added two more blocked shots to her season total. The rookie now has 33 blocked shots on the season, a figure that is third among all players in the ACC.

The Tigers return to action on Thursday, Jan. 4 when they host Florida State in their ACC home opener. The game between Clemson and the No. 13/13 Seminoles is set for 7 p.m. at Littlejohn Coliseum.