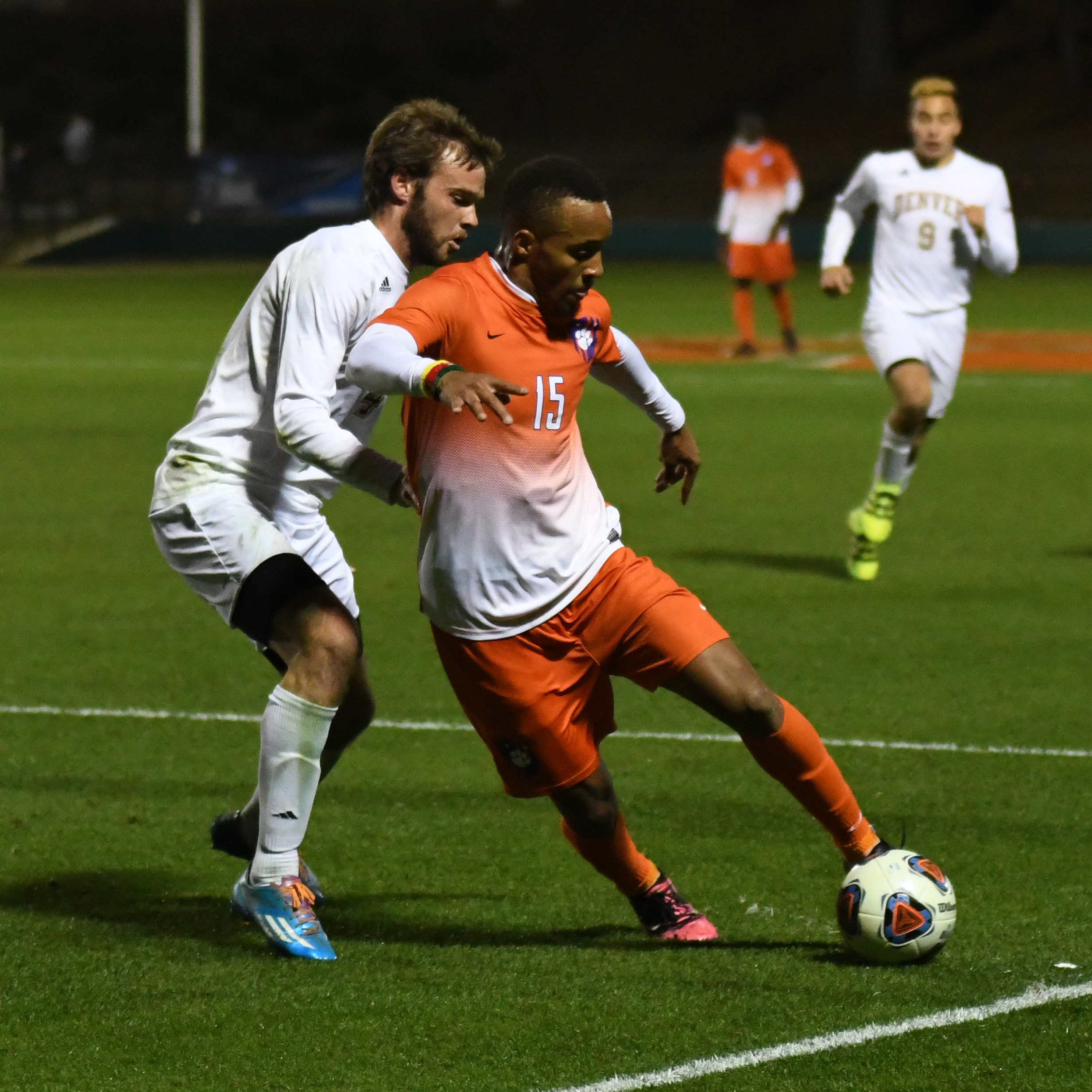 CLEMSON, S.C. – The third-ranked Clemson men’s soccer team fell to the fourth-ranked Denver Pioneers in the Elite Eight, 1-0 at Historic Riggs Field on Friday night. The Tigers fell just short of their ninth College Cup bid and finish the season (14-4-5) while the Denver Pioneers advance to the College Cup for the first time in program history and remain undefeated with a (20-0-3) overall record. Denver faces the winner of the Wake Forest and Virginia Tech match next Friday, Dec. 9 in the College Cup semifinals.

After 15 minutes of play in the first half, the match remained scoreless despite a great run with the ball from midfield by junior Diego Campos that resulted in a shot on goal that was blocked by a Denver defender. The first real chance for Denver came in the 24th-minute from a free kick that went just wide. Both sides looked to find more quality chances during the half, but neither side could find the opening goal before halftime. The Tigers didn’t allow a goal in the first half during the NCAA Tournament.

For much of the second half, both sides did what they do best and played great defense. 25 minutes went by before the Tigers took their first shot in the second half. With two minutes remaining senior Alex Happi struck the ball from distance that forced Denver’s goalkeeper to push the ball over the bar. With just one minute left in the match Denver played in a cross that found Korte Ford for the game-winning goal that would send Denver to the College Cup for the first time in program history.

“First of all, congratulations to Denver,” said Head Coach Mike Noonan. “It was a hard fought game and both teams played well. We’re obviously deeply disappointed that we didn’t advance. The emotions are raw right now and there’s an element of disbelief.”

“Before the game, there were three things I told the team that would not change despite the result: I believe in them, I trust them and I love them. That has not changed. We’re disappointed as a team, and for the fans, but, we’ll be back.”

In the match, Clemson outshot Denver 11-8, but Denver outshot the Tigers 5-4 in the second half. Sophomore Ximo Miralles was only forced to make one save in the match.