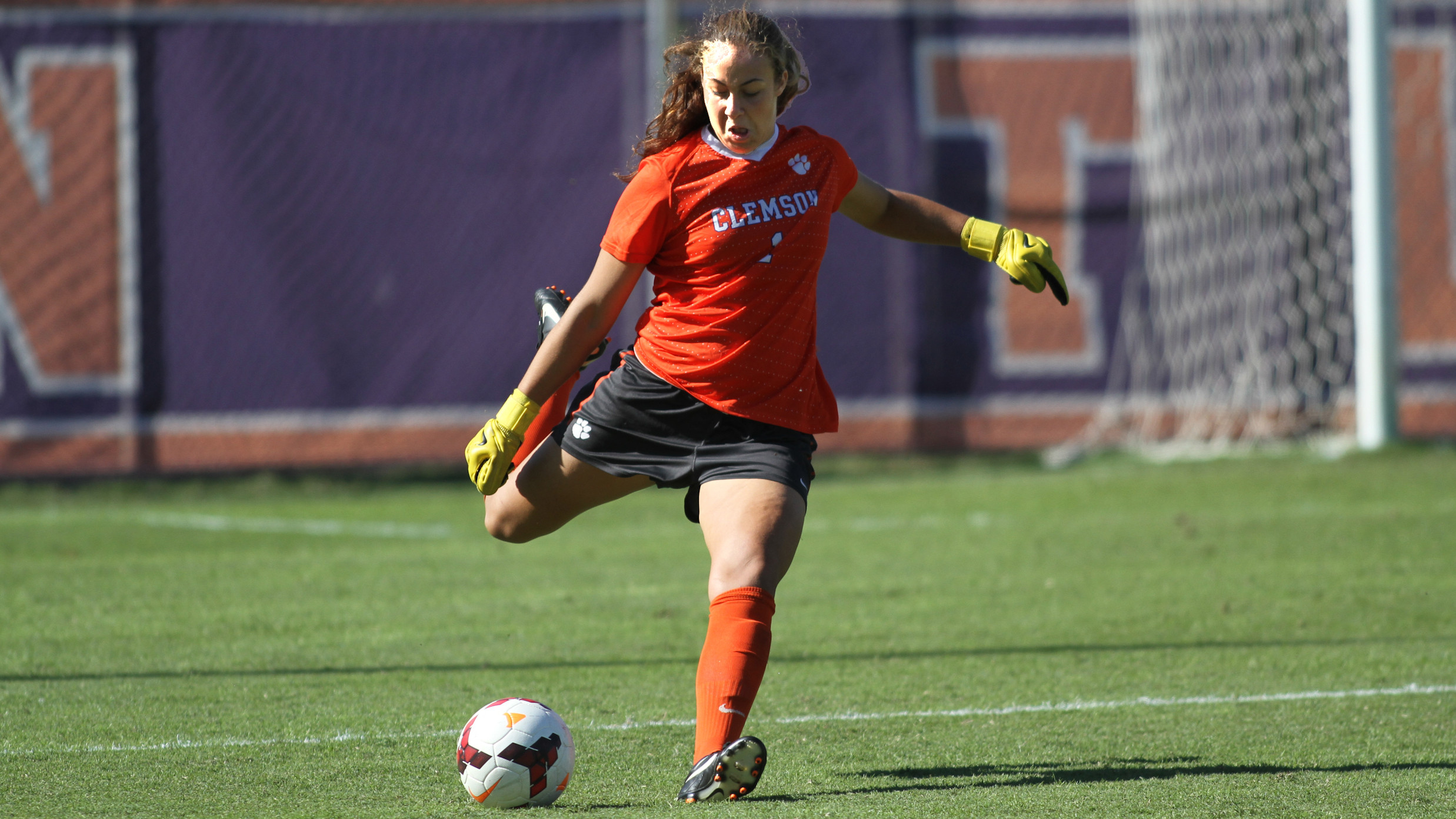 “It was a good game, and an exciting game to watch,” said head coach Eddie Radwanski.  “We made some adjustments at halftime and came out with a great response.  We did a nice job battling, and I was pleased with how we competed in the second half.

“We created several scoring opportunities in the second half and were unfortunate not to get anything out of it.  That being said, this is a game of inches, and when you play the premiere program in the country and don’t take advantage of your chances, you know they will.

“Kailen Sheridan made some great saves when she was called upon and Katie Sprouse did a good job of keeping an eye on Crystal Dunn in the middle of the field,” he added.  “We did a lot of good things in the game, and if we continue to play with that type of desire and intensity, we will be in good shape going forward.”

The Tar Heels took a 1-0 lead in the seventh minute on a goal by Summer Green.  The Clemson defense held North Carolina scoreless for the remainder of the half and for nearly 34 minutes of the second half.  At the 78:39 mark, Kealia Ohai netted the Tar Heel goal that provided the final margin.

Freshman keeper Kailen Sheridan tallied eight saves in the contest, and now has 61 on the season.  For the game, the Tigers took seven shots to the Tar Heels’ 22, and North Carolina had the advantage in corner kicks, 8-1.

The Tigers will return to the field on Sunday, October 27, for their final regular season home game against #12 Notre Dame.  Clemson will honor its seven seniors in their final home game prior to the 1 PM contest at Historic Riggs Field.