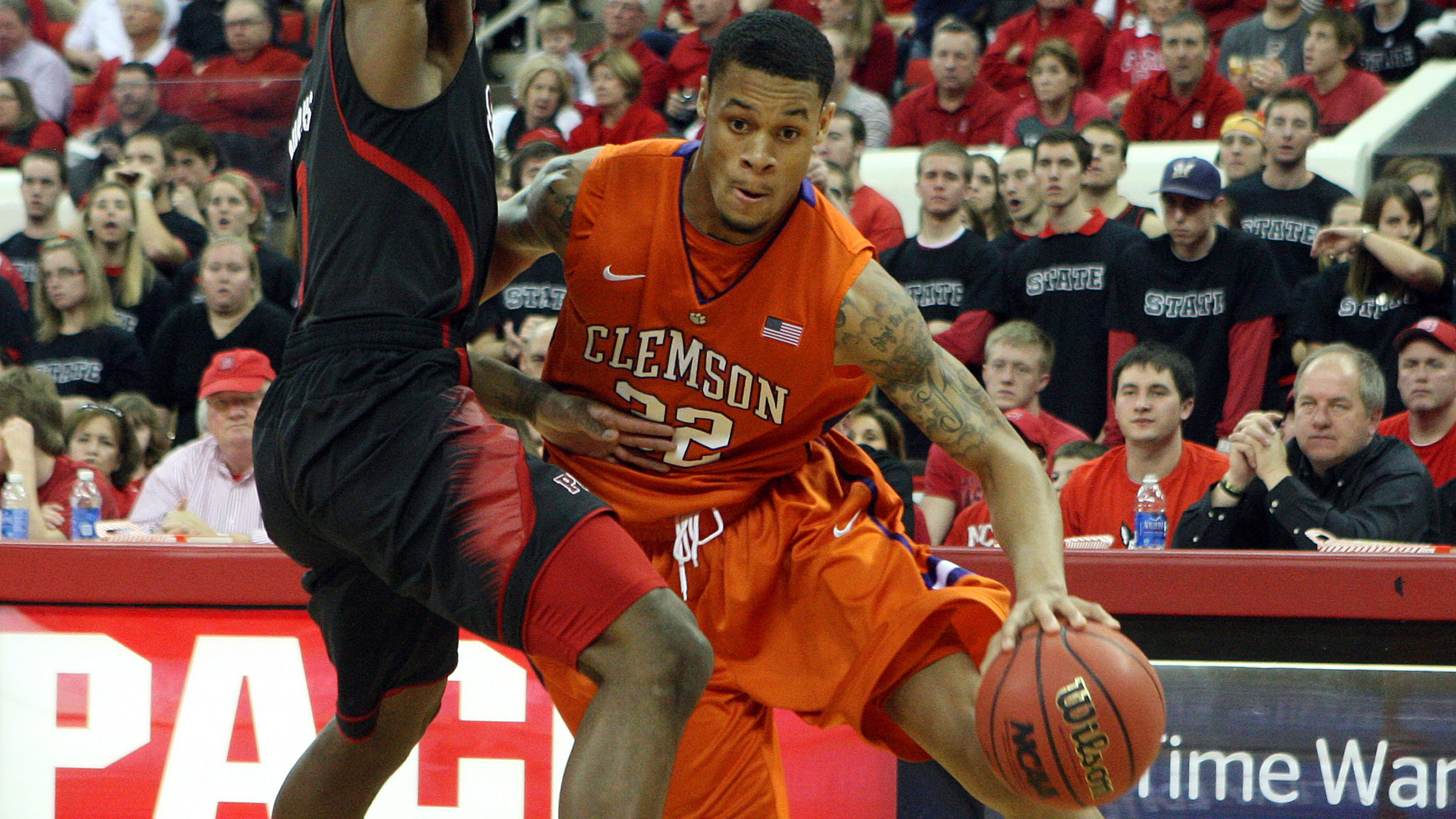 K.J. McDaniels was the only Tiger to reach double figures, posting 10 points.  Jordan Roper added eight and Devin Booker seven for Clemson, who shot just 31 percent for the game.  The Tigers made only one of 17 attempts from three, a season-low six percent mark.

Virginia shot 56 percent, the second straight road game Clemson’s opponent shot at least that percentage from the field.  Joe Harris had a game-high 21 for UVA, followed by Akil Mitchell was 16 and Justin Anderson with 14.

The Tigers once again suffered a poor start, falling behind 14-2 eight minutes into the game.  Clemson made just one of its first seven shots and turned the ball over six times in the first five minutes of the game.  The lead grew to 18-4 on a pair of free throws by Mitchell.  Harris connected on a three-point play minutes later to push the advantage to 23-8.

Jontel Evans hit a layup to push the lead to 17 at 27-10, and then Mitchell followed with another slam to make it a 19-point edge for the Cavs.  Harris extended the lead on his first three of the game, giving UVA the 22-point cushion.  UVA heated up and made its last three from long range to take the 28-point lead into intermission – Clemson’s largest deficit in 87 games under Head Coach Brad Brownell.

The difficulty continued into the second half.  After a turnover on an inbounds play, Mitchell drove the length of the floor for a jam to make it 48-15 Virginia at the first media timeout.  McDaniels extended his shot-block streak to 12 games when he rejected a Paul Jesperson three, and came to the other end for a three-point play to make it 55-27 in favor of UVA.  Clemson would draw no closer the rest of the way.

The Tigers return to action to play host to NC State on Sunday.  The game will tip off at 1:00 PM from Littlejohn Coliseum.  Tickets are available on ClemsonTigers.com or by calling 1-800-CLEMSON.