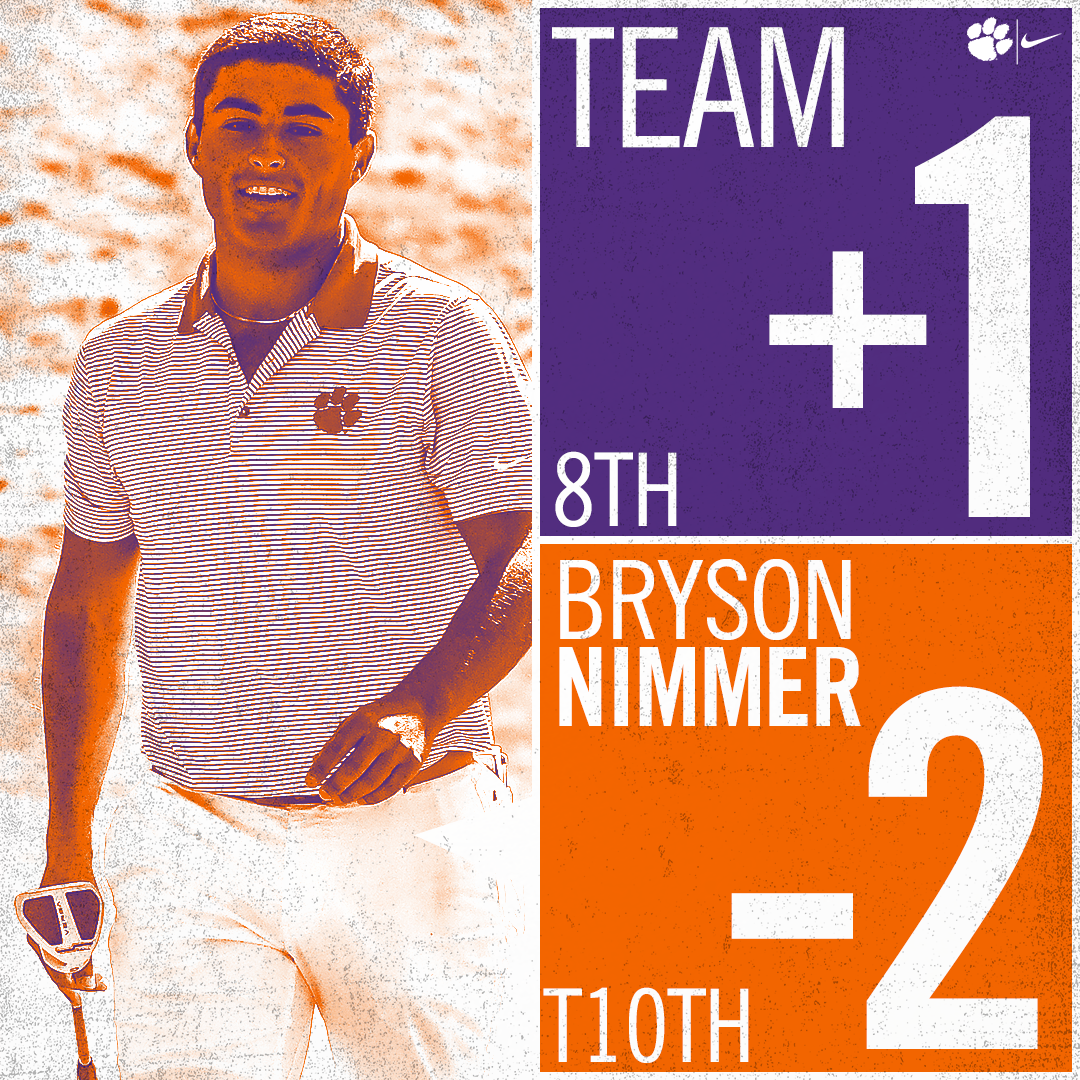 Clemson Eighth after First Round at Trinity Forest

Clemson, S.C.—Bryson Nimmer played the last five holes at three-under par to shoot and opening round 69 and lead Clemson to a 285 team score and an eighth-place standing at the Trinity Forest Invitational in Dallas, Tex.   SMU is serving as the host of the 13-team tournament that is being played on the par 71 Trinity Forest Country Club course that will be the site of the Byron Nelson Invitational on the PGA Tour next spring.

The University of Florida has a one-shot lead over Texas after the first round with a 275 team score. Auburn is third at 278 and Southern California is fourth at 282. Clemson’s 285 team score is just three shots out of fourth place. The second round continues on Monday and the final round will start Monday morning.

Nimmer, who has been Clemson’s best player so far this year, had a 69 thanks to four birdies, and an eagle. He had a double bogey on the fourth hole that hurt his chances of having the individual lead, which is six under par by Scottie Scheffler of Texas.   Nimmer, who is tied for 10th place after the first round, led the field in scoring on par five holes with a four-under aggregate.

Freshman Kyle Cottan was Clemson’s second best player with an even par 71. The native of Tennessee played the back first and had a two-over-par 38, but he finished with a 33 on the front side. His performance included his first career eagle on the par four 5th hole that was just 315 yards in length.

Turk Pettit had aa wild ride to a one over par 72. The freshman who shot under par at all three rounds of the Carpet Classic, had six birdies on Sunday, but he also had a triple bogey and a double to ruin his round.

William Nottingham had a two over par 73, while Doc Redman, playing in his first tournament since winning the US Amateur in August, showed some rust and had a four-over-par 75. It was the first time in his Clemson career his score did not count towards the team’s round. He had a counting score in 39 straight team rounds prior to Sunday.