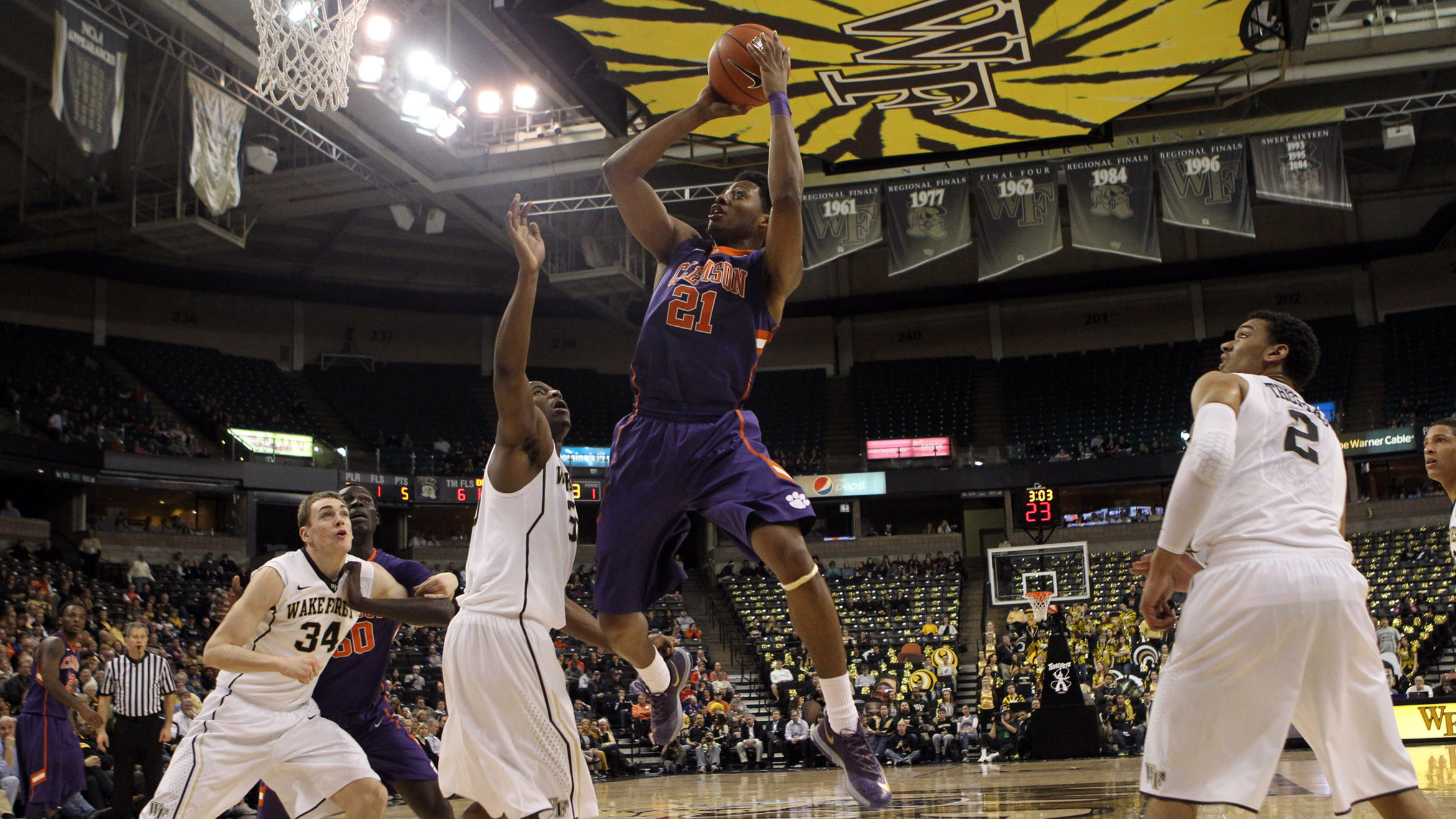 K.J. McDaniels struggled Tuesday, posting 10 points on just 3-of-11 field goals with four turnovers. In his stead, Clemson looked to emerging junior Damarcus Harrison, who posted a team-high 15 points. Harrison continued his recent hot streak by making six of 12 shots, 3-of-7 from three. Rod Hall was a third Tiger to reach double figures with 10 points.

Clemson shot 50 percent in the opening half, but fell victim to 36 percent in the second half. The Tigers also committed 13 turnovers, which led to 11 Wake Forest points. The Tigers, who came in leading the ACC in free throw percentage, shot just 5-for-13 at the charity stripe Tuesday.

The Tigers finish out the regular season with three home games next week, starting Sunday with Maryland’s final visit as an ACC foe. The Tigers and Terrapins tip off from Littlejohn Coliseum at 1 p.m.