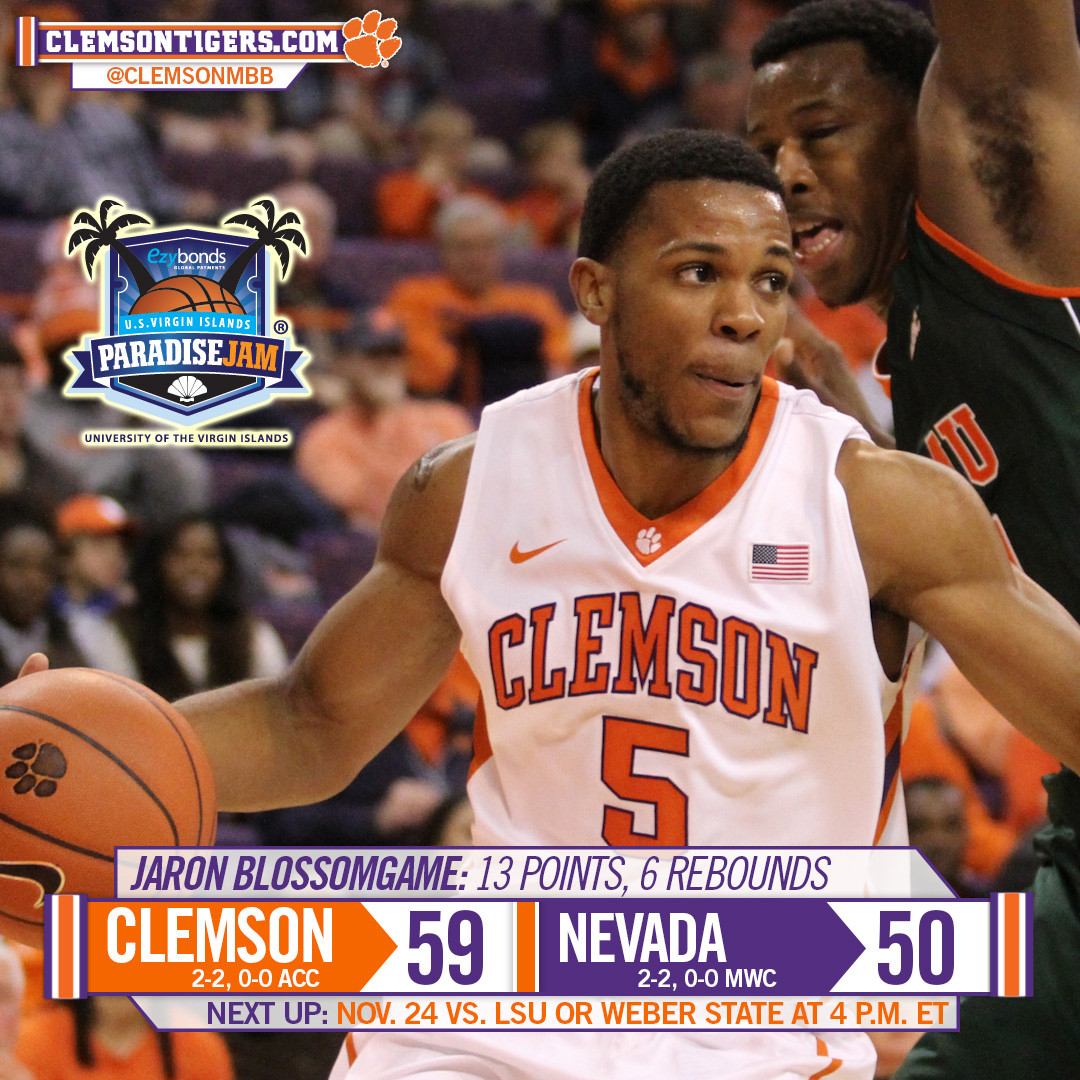 ST. THOMAS — A thorough first-half effort propelled Clemson to its second win of the season, a 59-50 victory over Nevada in the consolation bracket of the Paradise Jam. The Tigers moved to 2-2 overall with the win, while Nevada fell to 2-2 in the loss. The Tigers take on LSU, who beat Weber State 72-58, on Monday, Nov. 24 at 4 p.m. ET.

Jaron Blossomgame posted 13 points and six rebounds to lead the Tigers to the bounce-back victory Saturday, less than 24 hours after a gut-wrenching defeat to Gardner-Webb. He was 5-for-8 from the floor and one of two Tigers in double figures, along with Landry Nnoko (10). Nevada was led by Tyron Criswell and D.J. Fenner with 11 points apiece.

The opening 20 minutes were Clemson’s best of the young season. Trailing 11-10, the Tigers rattled off a 16-0 run that took less than four minutes off the clock. Clemson went on to a 39-24 lead at halftime after a 56 percent shooting clip. Nnoko had nine of his 10 in the opening frame.

Nevada went to a zone most of the second half and the Tigers struggled to adjust, making just five of 17 shot attempts to go along with 10 turnovers. Clemson finished with just seven assists and 14 turnovers. But with Clemson’s once 20-point advantage whittled down to eight, the Tigers held the Wolf Pack without a field goal for nearly five minutes until Criswell’s long ball with 17 ticks left.