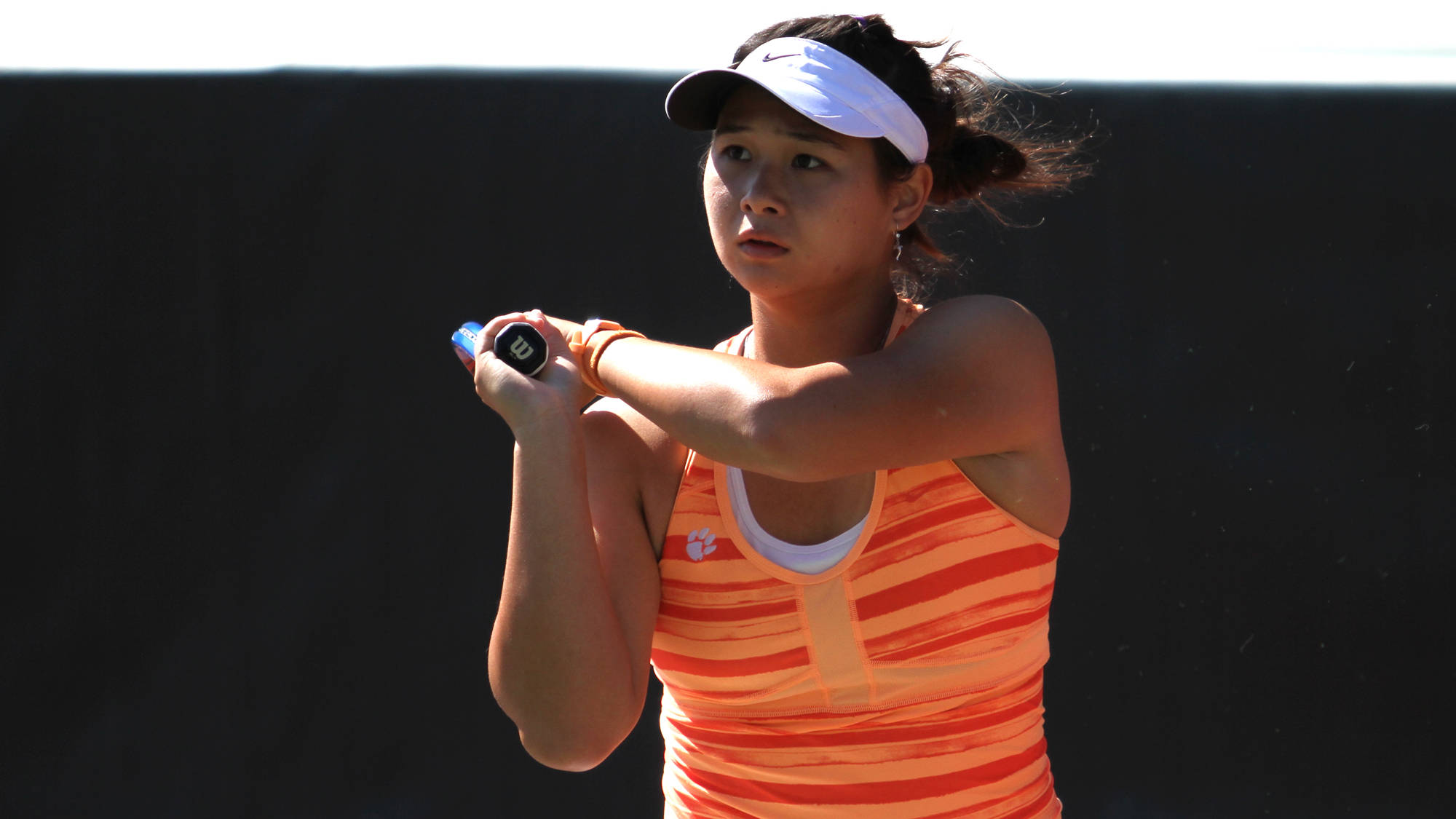 TUSCALOOSA, AL – Four members of the Clemson women’s tennis completed play at the Roberta Alison Fall Classic in Tuscaloosa, AL on Saturday. Clemson claimed championships in both doubles flights in which they competed, and sophomore Beatrice Gumulya won the top-flight singles championship.

Gumulya and freshman Tristen Dewar went 3-0 as a tandem to claim the Silver Draw, while Ani Miao and Romy Koelzer claimed the Teal Draw, also with an unblemished ledger.

Gumulya entered the tournament as the highest-ranked player in the field at No. 83 nationally, and dropped just one set on the weekend. She has now won 14 straight matches dating to last season. Gumulya disposed of Frances Altick of Vanderbilt, 6-3, 6-3, Maria Cardenas of Auburn, 6-1, 6-4, to move into the finals. She dropped the first set, 6-2, to Nadia Ravita of Kentucky, before storming back to win the next two, 6-3, 6-0, and claim the title.

She and Dewar won three consecutive matches by scores of 8-2, 8-3, and 8-4 for their win. they defeated Flickinger and Schippins of Auburn for the win.

Miao and Koelzer won their three matches in equally impressive fashion, taking matches by scores of, 8-2, 8-3, and 8-5. Their finals win came over Ravita and Lewis of Kentucky.

Miao won two of three singles matches she played, andis off to a nice start in her freshman season. She defeated Laurence Porry of Florida State on Saturday, 6-3, 6-4.

Dewar also won a pair of matches Friday to get into the finals, but fell 5-7, 6-4, 6-3 to Linda Abu Mushrefova of Northwestern.

In other action, sophomore Yana Koroleva reached the semifinals in the Gainesville ITF circuit tournament. The Russian downed three professionals before falling to second-seeded Maria-Fernanda Alvez, 6-4, 7-5 in the semifinals.

Clemson plays next when they host the Duckworth Family Fall Classic at the Hoke Sloan Tennis Center from Oct. 12-14. Draws will be announced later this week.