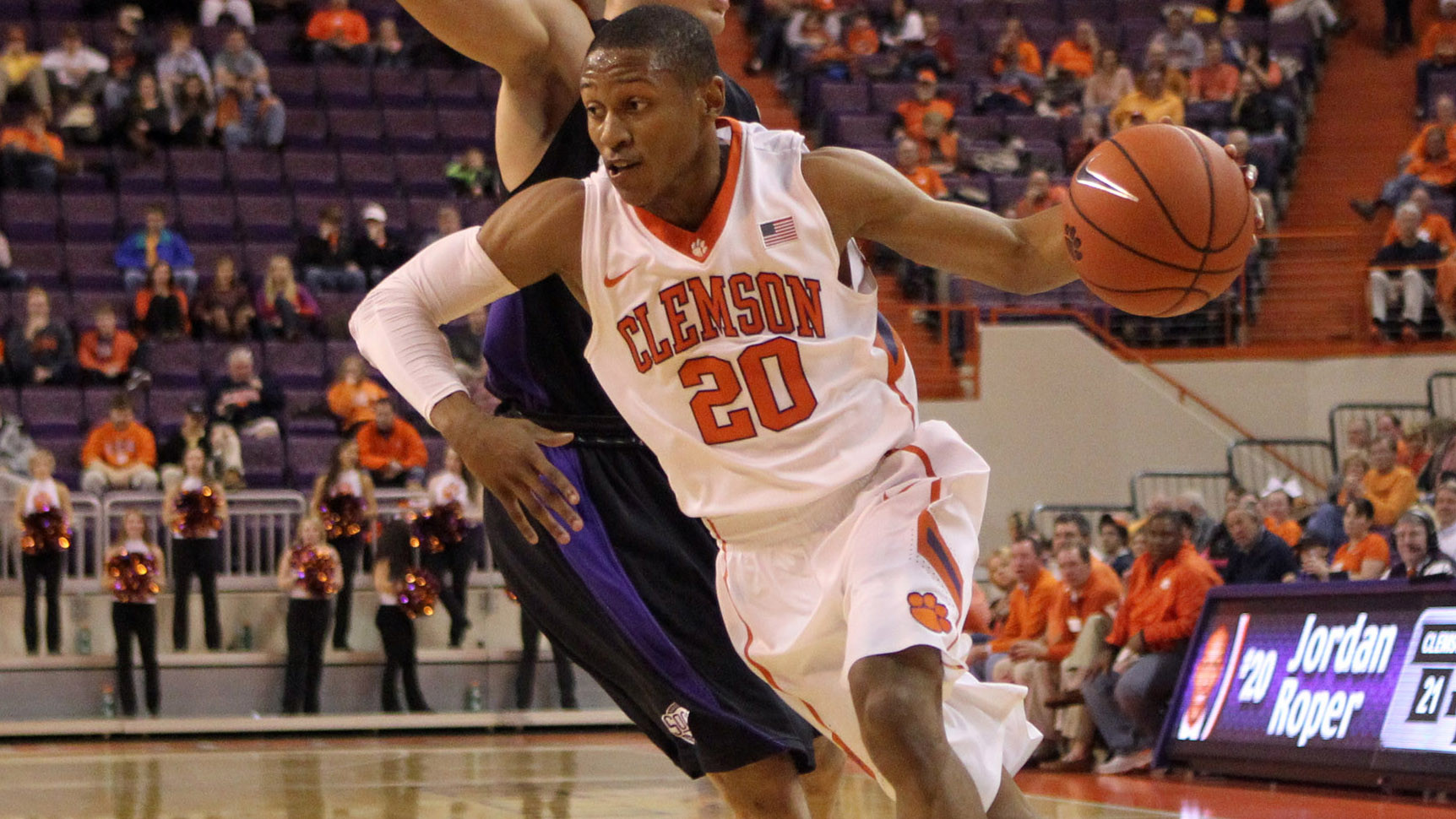 CHESTNUT HILL, MA – Clemson saw a 14-point halftime lead dwindle to two in the final minute, but ultimately hung in the waning moments to earn a 62-60 victory at Boston College in its ACC regular season opener. The Tigers moved to 10-3 overall with the win, only their second in eight trips to Conte Forum. Boston College fell to 4-11 with the loss, 0-2 in the ACC.

Boston College guard Olivier Hanlan stood at the free throw line with two shots to tie the game with 1.3 seconds to go, but missed the first and then the second on purpose as Clemson collected the rebound to seal the victory. Hanlan led all players with 27 points, 22 of which came after halftime. He actually went to the line for two earlier in the possession, making the first and intentionally missing the second. He was fouled trying to grab the rebound, setting up the final free throw attempts.

Clemson led by eight in the early going before BC put a modest 8-2 run together to pull within two at 12-10. The Tigers led just 14-12 moments later before scoring seven straight to take their largest lead of the opening half at 21-12.

The Eagles pulled within five at 21-16, but Clemson held BC to just one point over the final five and a half minutes and put together a 10-1 run that lifted the Tigers to a 31-17 edge at intermission. The final three points came as the buzzer sounded for halftime, when Roper connected from the wing off a pass from Hall.

BC came out battling in the second frame. The Eagles scored on a pair of old fashioned three point plays and made three of their first four from long distance to pull within three at 39-36. McDaniels stepped behind a screen with under 11 to play and nailed his first three-pointer to double the lead back to six. Back-to-back buckets from Roper and Josh Smith pushed the lead back to 10 quickly.

Once the Eagles cut it to 47-43 with under seven minutes remaining, Roper took a pitch on the wing and promptly connected on a three to push the lead to seven again. Clemson stretched its edge to nine at 56-47 on a left-handed bank shot inside by Landry Nnoko, who finished with eight points in 19 minutes.

The lead shrunk to three with under a minute to play after several Tiger miscues against fullcourt pressure helped BC pull within 59-56. With the ball in his hands and 10.9 seconds to play, Adonis Filer drove left and spun into the paint to his right, lifting a short shot to give the Tigers a five-point cushion.

The Tigers return home for a pair of conference tilts at Littlejohn Coliseum next week. Clemson hosts Florida State at 7 p.m. on Thursday, Jan. 9 and Duke at 2 p.m. on Saturday, Jan. 11.