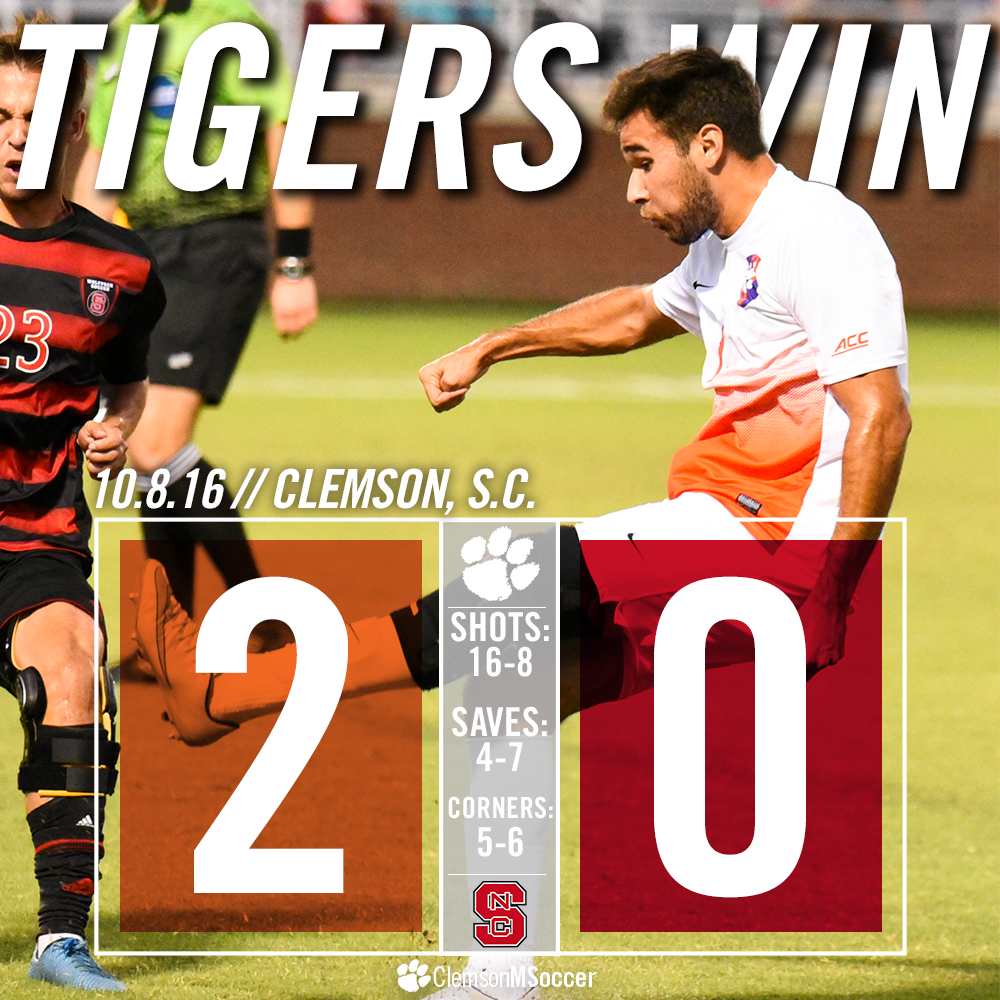 CLEMSON, S.C. – The fifth-ranked Clemson men’s soccer team defeated the NC State Wolfpack by a score of 2-0 on Saturday night at Historic Riggs Field. With the eighth straight win over NC State, the Tigers improve to 8-1-2 (3-1-1 ACC) and the Wolfpack fall to 3-8 (0-5 ACC).

Through the 20 minutes of the match, Clemson’s pressure made it hard for NC State to find possession in the attacking third. The Wolfpack found the head of an attacker from a cross, but junior Michael Melvin came up with the goal line clearance to keep the score even with 20 minutes remaining in the first half. With 15 minutes left in the first Clemson had two dangerous scoring opportunities by juniors Grayson Raynor and Diego Campos but the NC State keeper kept the score level going into the break.

NC State came out of the half strong creating some quality chances while Clemson looked for its attacking form. In the 63rd-minute senior Thales Moreno broke the deadlock with a superb strike from 18 yards out for his second of the year, assisted by Campos to give the Tigers a 1-0 lead. Just one minute later Campos played a ball across the net that resulted in an own goal by a Wolfpack defender to give Tigers a 2-0 advantage. Clemson would have a flurry of chances Alex McCauley of NC State continued to make spectacular saves. The Tigers held off a late push by the Wolfpack to remain unbeaten in seven matches, record its fourth straight shutout.

The Clemson men’s soccer team returns to Historic Riggs Field in a non-conference matchup with No. 17 Charlotte on Tuesday, Oct. 11 at 7 p.m.