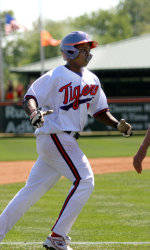 Notes Clemson went 2-2 in four games this past week, including a 19-7 win at home versus College of Charleston and one win in three games at N.C. State over the weekend.

Behind 10 runs in the fourth inning, #14 Clemson defeated College of Charleston 19-7 at Doug Kingsmore Stadium on May 15. The Tigers took a 14-4 lead with the 10 runs in the fourth, eight of which came with two outs. Doug Hogan, J.D. Burgess, and D.J. Mitchell each hit two-out homers in the frame. Every Tiger starter scored at least one run and the leadoff batter reached base in all eight innings in which Clemson batted. Taylor Harbin was 3-for-4 with a double and six RBIs, while Marquez Smith was 3-for-4 with a double, homer, and three RBIs. Mitchell added three of Clemson’s 15 hits as well. Starter P.J. Zocchi picked up the win despite seeing the Tigers’ consecutive-scoreless-inning streak against the Cougars end at 30 over five meetings.

N.C. State defeated #14 Clemson twice in three games at Raleigh, NC from May 17-19 to close the regular season. The Wolfpack outscored the Tigers 20-15 and outhit them .330 to .257. Hogan was 5-for-12 (.417) with four RBIs, while Smith, Addison Johnson, and Wilson Boyd added four hits apiece. Clemson’s pitching staff had a 7.20 ERA thanks in part to 23 walks allowed. Neither team committed an error in the series as well.

In game-one on May 17, N.C. State used 14 hits and 11 walks to defeat Clemson 11-4. Six Tiger pitchers combined to walk 11 batters, while N.C. State scored in five different innings. In each of those innings, the Wolfpack had the leadoff runner reach base, including four times via a walk. The Tigers cut a 5-1 deficit in half in the seventh inning on Boyd’s two-run single, but N.C. State put the game out of reach with five runs in the eighth inning. Starter Clayton Shunick pitched 5.0 innings, allowing one unearned run on two hits to earn the win. Johnson led Clemson with two hits.

In game-two on May 18, Dallas Poulk’s walkoff home run lifted N.C. State to a 6-5 win over Clemson. Harbin tied the score with a two-run homer in the sixth inning, then Burgess’ RBI single in the seventh inning gave the Tigers a 5-4 lead. But Tommy Foschi hit a leadoff homer in the seventh inning, then Poulk hit the first pitch of the bottom of the ninth inning off and over the fence in right-center for his first career home run and a Wolfpack victory. Harbin had a game-high three RBIs to lead the Tigers.

In game-three on May 19, Ryan Hinson and Zocchi combined to pitch 4.1 scoreless innings in relief to lead Clemson to a 6-3 victory over N.C. State. Hinson earned the win by pitching 2.0 innings of one-hit ball, while Zocchi picked up the save with 2.1 innings pitched and four strikeouts. Hogan went 3-for-5 with a homer, double, and three RBIs, while Boyd added a solo homer. The Tigers built a 4-0 lead with three runs in the third inning and a 6-1 lead on Hogan’s two-run double in the fifth inning. The Wolfpack had 16 baserunners, but grounded into two double plays and stranded 11 runners on base.

During the week, the Tigers hit .297 with a .383 on-base percentage and seven homers. The Tigers also committed just three errors, good for a .980 fielding percentage.

Smith paced the Tigers with a 7-for-14 performance during the week. Hogan added six hits, a double, two homers, and seven RBIs, while Harbin totaled 10 RBIs in four games.

The pitching staff had a 6.88 ERA and .313 opponents’ batting average. The main reason for the high ERA was the fact that Tiger pitchers combined to walk 26 batters against only 27 strikeouts.

The Tigers concluded the regular season with a 36-20 overall record and 18-12 ACC mark. The Tigers did not get swept in any of their 10 ACC series this season. Clemson has only suffered one ACC sweep in the last three years (at Virginia in 2006). Clemson finished second in the ACC Atlantic Division and fourth overall in the league.

The pitching staff has a 3.79 ERA and .261 opponents’ batting average on the season. Hinson has a 5-2 record and 2.78 ERA to lead the staff. Five different hurlers have combined for the team’s 12 saves, led by Daniel Moskos’ six saves.

The Tigers will play in the ACC Tournament this coming week. The seedings and matchups will be announced by the conference office on Sunday afternoon. The round-robin tourney will begin on Wednesday at the Baseball Grounds of Jacksonville (FL). 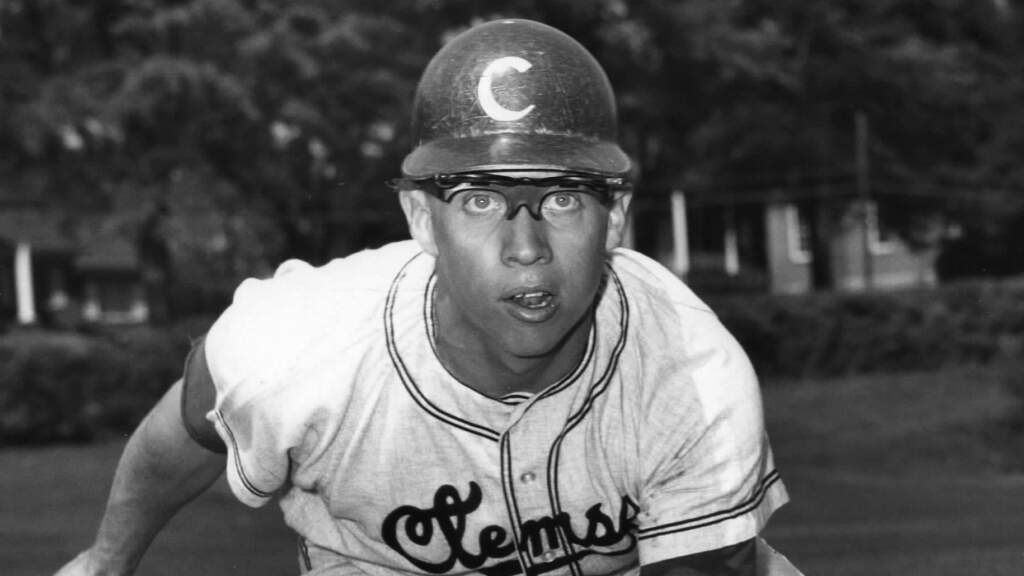