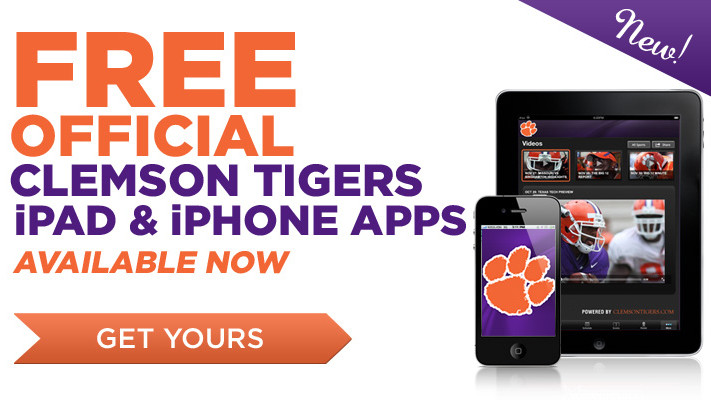 CLEMSON, SC – The official mobile applications of Clemson Athletics are now available for download in the iTunes Store for Apple iPhone and iPad devices.  Clemson Athletics, along with its digital media partner, Neulion, as well as Clemson University, made the announcement on Tuesday.  The new apps are free and will provide Tiger fans across the world with instant mobile access to information and coverage from ClemsonTigers.com, the official website of Clemson Athletics.

iPad users that download the app today will have access to watch the 2013 Clemson Football National Signing Day Webcast presented by Verizon and Nokia Siemens Networks, which will be live on Wednesday, February 6 from 9 AM-1 PM, as well as Head Coach Dabo Swinney’s Signing Day press conference at 4:30 PM.

These two new Apple apps join the previously-released Android app available in the Google Play Store.  The Android app can also be located by searching for “Clemson University Tigers” in the app store or directly at the link above.  Information about all Clemson Athletics mobile offerings is available on ClemsonTigers.com.