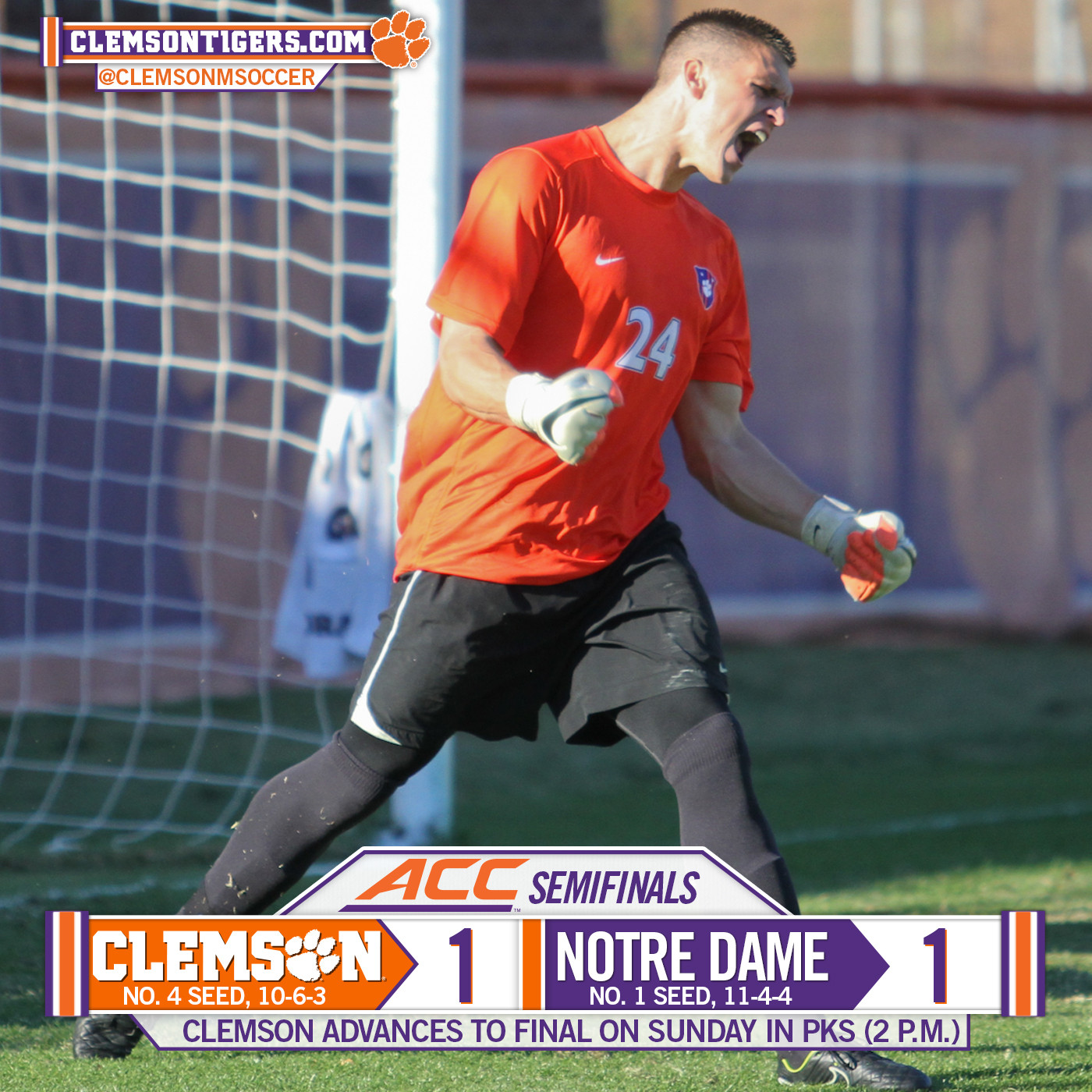 CARY, N.C. – The Clemson men’s soccer team advanced to the final of the ACC Tournament 5-4 in penalty kicks over No. 2 and defending national champion Notre Dame Friday night. This is the second consecutive match that the Tigers have advanced by penalty kicks.

Clemson faced an early 1-0 deficit when Notre Dame scored in the 26th minute. Senior captain Bobby Belair found the back of the net in the 88th minute to knot the score at 1, his second goal of the season. Junior Paul Clowes assisted on the goal with a well-placed corner kick.

The Tigers and the Irish played through two overtime periods with no score, sending the game to penalty kicks. Just as he did against Wake Forest in the quarterfinal round, redshirt junior goalkeeper Chris Glodack entered the match to defend during the shoot-out.

“We’re absolutely ecstatic to be advancing,” said head coach Mike Noonan. “Notre Dame is one of the best teams in the country and they played that way tonight but I thought our team played toe-to-toe with them.”

Sophomore Andrew Tarbell played a full 110 minutes in goal during regulation and overtime, saving one shot.

Clemson’s record now stands at 10-6-3 on the season. The Tigers out-shot Notre Dame 19 to 11 in the match and attempted 13 corner kicks to Notre Dame’s two.

This is the first Clemson team to advance to the final of the ACC Tournament since 2001. The Tigers have advanced to the final five times in the history of the program. The final will be played on Sunday, Nov. 16 at 2 p.m. at Cary’s WakeMed Soccer Park against No. 6 seed Louisville. More details will be posted on ClemsonTigers.com tomorrow.