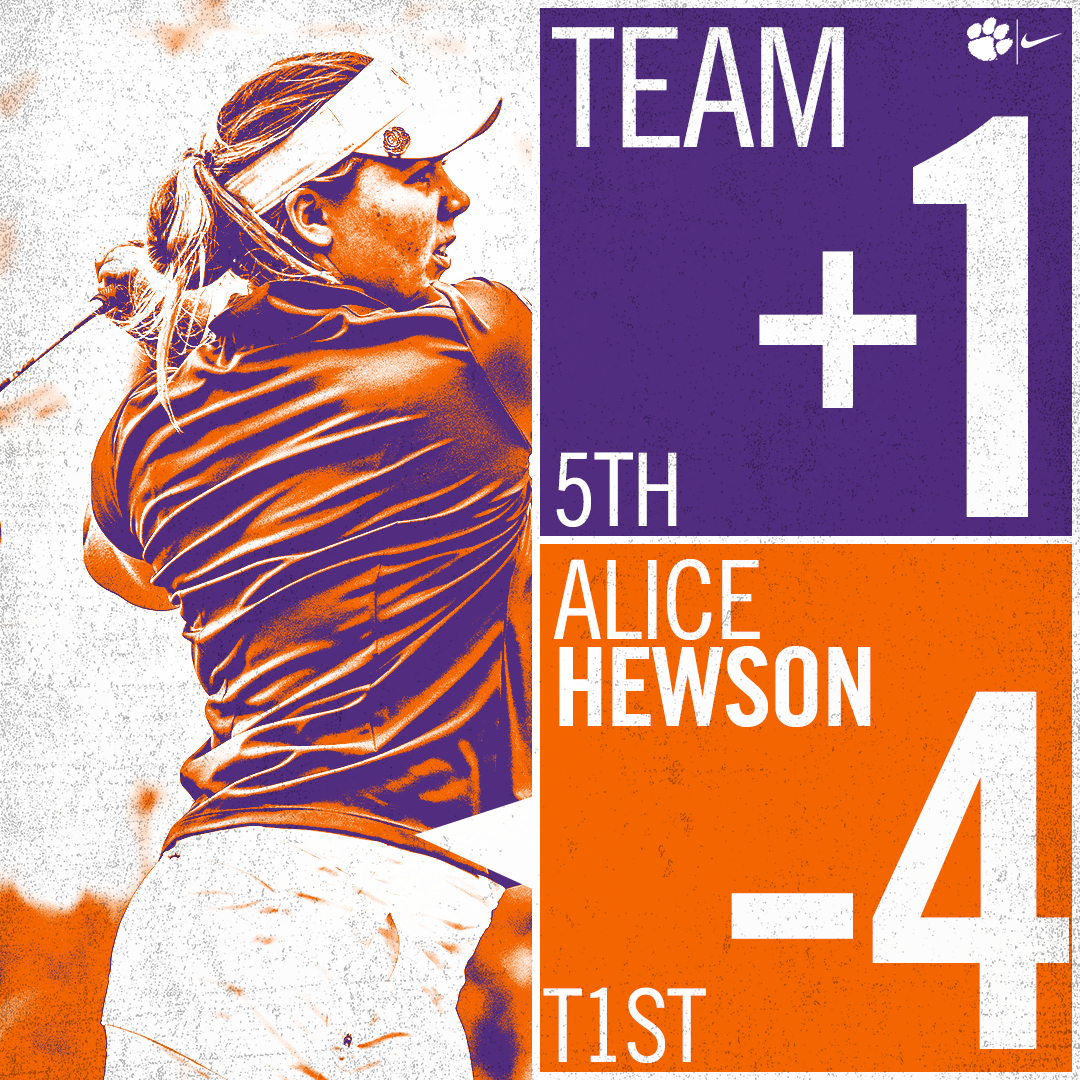 Clemson 5th after First Round at Schooner Fall Classic

Clemson, S.C.—Alice Hewson shot a four-under-par 67 and Ana Paula Valdes scored a three-under 68 to lead Clemson to a 285 team score and a fifth-place standing at the 15-team Schooner Classic at the Fall Classic at the University of Oklahoma.

Host school Oklahoma holds the first round lead with a 277 score, seven under par. Texas A&M is second at 278, while Alabama is third at 281. Florida is fourth at 284 and the Tigers are fifth one shot higher. Miami (FL) and Central Florida are tied for sixth at 287.

Hewson was outstanding with her four under par 67. The junior had five birdies and a bogey to lead the Tigers. She is in a tie for first in the individual race with Kaitlin Milligan of Oklahoma and Maddie Szeryk of Texas A&M. It was the second straight tournament Hewson has gone low as she had a 66 in the second round at the opening tournament, the Mason Rudolph in Tennessee. The 67 was just two shots off her own school record for a single round.

Valdes was just one shot back of Hewson and the others with a three under par 68. The sophomore from Mexico had a career high tying six birdies. Ashley Czarnecki and senior Marisa Messana also contributed for the Tigers with rounds of 75.   Kennedy Swann was the non-counter with an 81.

The 54-hole tournament continues on Sunday with 18 more holes.