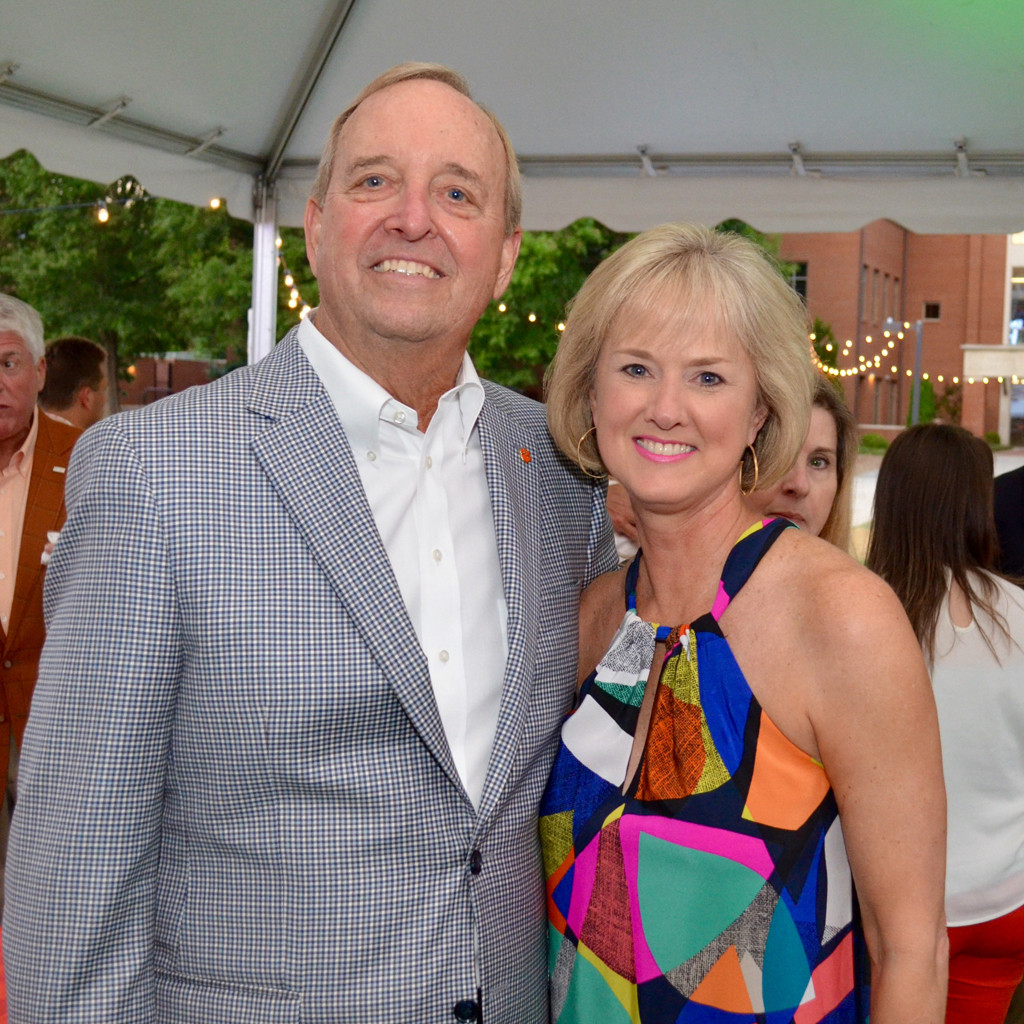 CLEMSON, S.C. – Tom Chapman, former Tiger baseball pitcher who has had a stellar career as a philanthropist and in community service, is the winner of the 2016 Clemson Distinguished Athletes Award.

Margaret Bond and her late husband, former Clemson golfer Steve Bond, established this perpetual award to honor Tiger athletes who have shown great character and become outstanding citizens in their life after Clemson. This award comes in the form of a customized gold ring, which is presented at a football game. Also, the recipient’s name is on permanent display on a plaque in Vickery Hall.

Chapman will receive the award at the Clemson vs. NC State game at Memorial Stadium on October 15.

“Being an athlete, Steve knew he wanted to give back because Clemson taught him so much and created opportunities for him later in life he would otherwise not have,” said Margaret Bond.

Before his death from lung cancer in August 2013, the Bonds worked to create this award along with the ring design. Margaret fulfilled their passion by presenting the first award in November 2013.

“When my late husband, Steve, and I came up with the idea for this award, I never dreamed it would be such an exciting journey. The friendships I have developed with my selection committee, the process of researching possible candidates and the relationships I have established with former recipients are such blessings! It has opened my eyes to the quality of people who work for Clemson University and those who were former Clemson athletes.

“It is my honor and pleasure to name Tom Chapman as the 2016 recipient of the Clemson Distinguished Athletes Award. The qualities Steve and I set out to recognize and honor especially involve someone’s character. Tom is the ‘total package!’ His loving and giving nature to Clemson, his family and his community make him a perfect choice.

“After selecting Tom, I found out he had served on a Clemson committee with my husband, where they became good friends. I knew at that moment I had made the right decision and Steve was smiling down!”

Chapman was one of the leaders of Clemson’s successful baseball teams from 1963-65 under head coach Bill Wilhelm. As a senior in 1965, he was named First-Team All-ACC after posting a 4-2 record with a 1.80 ERA and 100 strikeouts. He was the only Tiger in the decade of the 1960s to strike out 100 batters in a season.

In the summer of 1965, Chapman became the first Tiger to be chosen in the MLB draft. The ninth-round selection of the Philadelphia Phillies played two years in the minor leagues until his Army Reserve unit was activated and deployed to Vietnam, where he served with distinction for more than a year.

Chapman earned his undergraduate degree from Clemson in economics in 1965 and also graduated from the Advanced Management Program at Harvard University’s Graduate School of Business in 1978.

For more than 40 years, Chapman built an outstanding career in banking, information technology and marketing. He spent 20 years with First Atlanta Corp. (acquired by Wachovia Corp., in 1985). At the time of his departure from Wachovia in 1988, Chapman served as executive vice president, where he was responsible for its retail banking division. He then became CEO of Financial Environments Inc., a financial services consulting company that he founded.

Chapman joined Equifax Inc., in 1990 and was elected chairman and CEO in 1998. He was on the board of directors of Equifax from 1994 until his retirement.

Chapman is active in civic and community affairs and is widely recognized as a dynamic writer and lecturer on leadership, strategy and values in business.

He has served on the board of directors of the Clemson University Foundation and Southern Company and is active in cancer prevention, detection and care initiatives at Piedmont Hospital in Atlanta, Ga. In 2014, he and his wife, Karen, received the Philanthropist-of-the-Year award from the Association of Fundraising Professionals (AFP) greater Atlanta chapter.

Past chairman of the board of Certegy Inc., a former executive committee member of the Metro Atlanta Chamber of Commerce and the Board of Councilors of the Carter Center, Chapman served as a member of the Woodruff Arts Center Board of Trustees and chaired the 2000-01 Woodruff Arts Center Annual Corporate Campaign. Chapman was the 2004 Corporate Walk chair for the Georgia chapter of The Leukemia & Lymphoma Society’s annual Light the Night Walk.