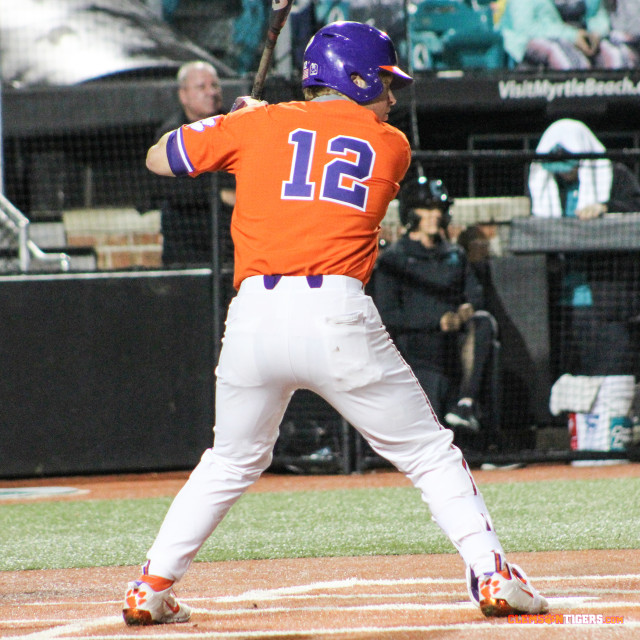 CONWAY, S.C. – Lee Sponseller hit a walkoff grand slam in the ninth inning to lift Coastal Carolina to a 9-5 win over No. 10 Clemson at Springs Brooks Stadium on Tuesday night. The Chanticleers took a 1-0 lead in the home-and-home season series and improved to 16-7 overall, while the Tigers fell to 16-5. It was Gary Gilmore’s 900th win as head coach at Coastal Carolina and only Clemson’s second midweek loss in Monte Lee’s third season as head coach.

Robert Jolly, a native of nearby Myrtle Beach, S.C., blasted his second career homer and first of 2018 when he went deep with a solo home run down the right-field line in the top of the second inning. The Chanticleers responded with three runs on three singles in the bottom of the second inning, then they added a run in the third inning to build a 5-1 lead.

In the eighth inning, Logan Davidson, Seth Beer and Patrick Cromwell hit singles, then Chris Williams crushed a three-run homer, his fifth long ball of the year, to tie the score 5-5. But Cory Wood led off the ninth inning with a double. Two walks loaded the bases with no outs before Sponseller belted a grand slam over the wall in right-center.

The Tigers, who host Coastal Carolina on April 3, leave the state of South Carolina for the first time in 2018 when they travel to Louisville, Ky., to take on No. 11 Louisville in a three-game series beginning Friday at 6 p.m., on ACC Network Extra.