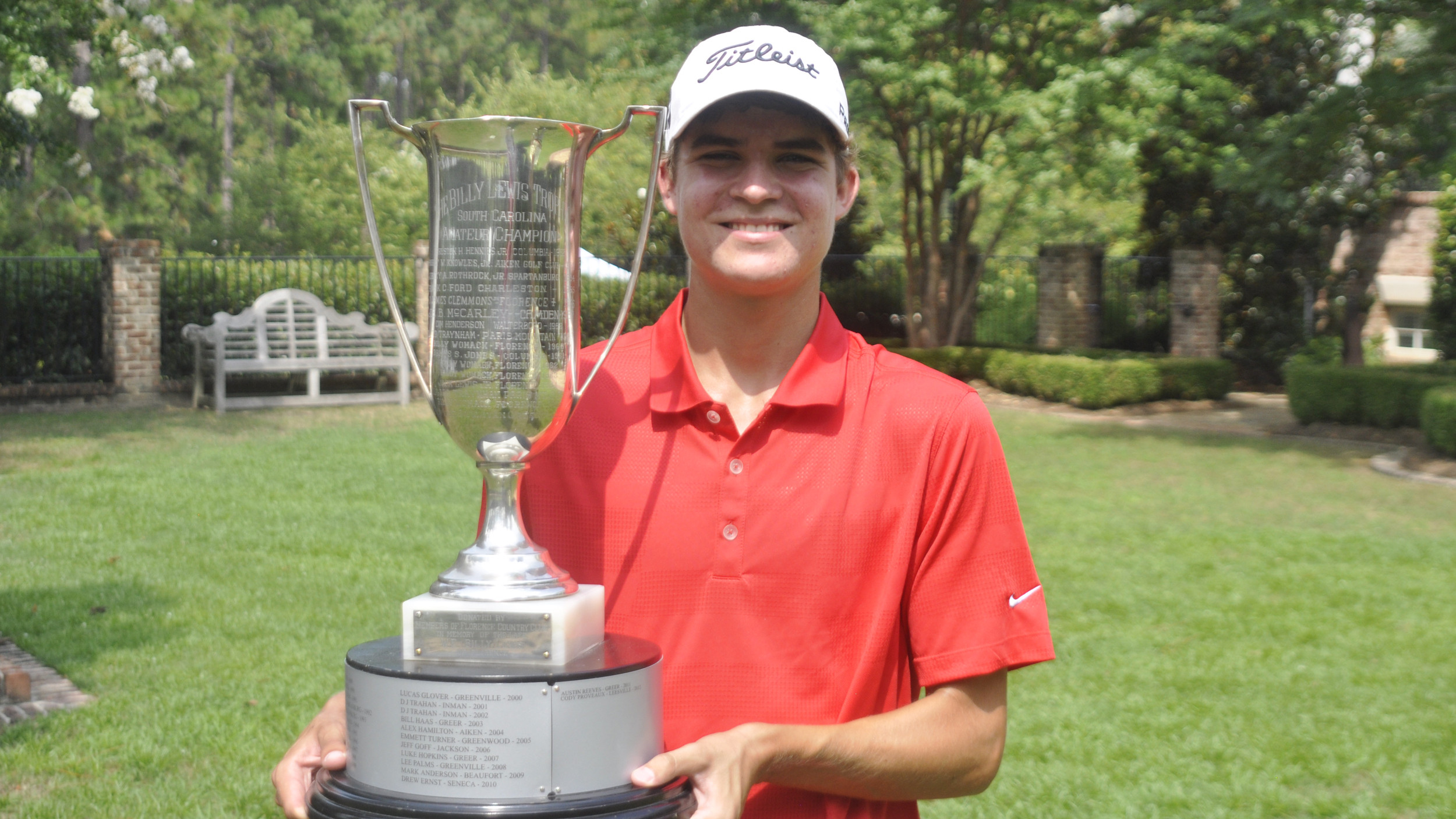 ELGIN, SC – Incoming Clemson freshman Carson Young fired a five under par 66 in the final round, and won the 82nd South Carolina Amateur Championship on Sunday at Member Club at Woodcreek in Elgin, SC. Young, of Pendleton, SC, fired a final round 66 to defeat Will Murphy of Columbia, SC and Ben Folger of Elgin, SC by two shots.

Young had rounds of 66-70-70-66 for a 272 total, 12 under par. He was seven shots behind Folger entering the final round. But, Folger shot a 75 to drop to second place. Folger had the lead after each of the first three rounds.

Young made birdie on three of the first four holes and shot a 32 on the front side to put pressure on Folger. Young, who was playing a hole ahead of Folger, made a birdie on the 17th hole that was a key to the win. Young played the 517-yard 17th hole in five under par for the four rounds.

Young finished the 72-hole tournament with 18 birdies, an eagle, 46 pars, six bogeys and a double bogey.

Young was one of three young Tigers in the top 10 of the South Carolina Amateur. Stephen Behr, the top stroke average player for Clemson as a freshman last year, finished tied for fourth with a 276 total. He had a second round 64, the lowest round of the tournament by any player.

Austin Langdale, also an incoming freshman at Clemson in three weeks and Young’s high school teammate, finished 10th with a 283 total after rounds of 67-71-73-72. Blake Kennedy, a freshman on Clemson’s team last year, finished 18th at 286 after a final round 67. Cody Proveaux and Thomas Bradshaw were both 21st at 287, while Jordan Byrd, Clemson associate head coach, finished 28th at 288. Parker Mills was 45th with a 293 total.

Young is the 11th golfer with ties to Clemson to win the South Carolina Amateur. Others have included PGA Tour players Dillard Pruitt, Charles Warren, Lucas Glover and D.J. Trahan.