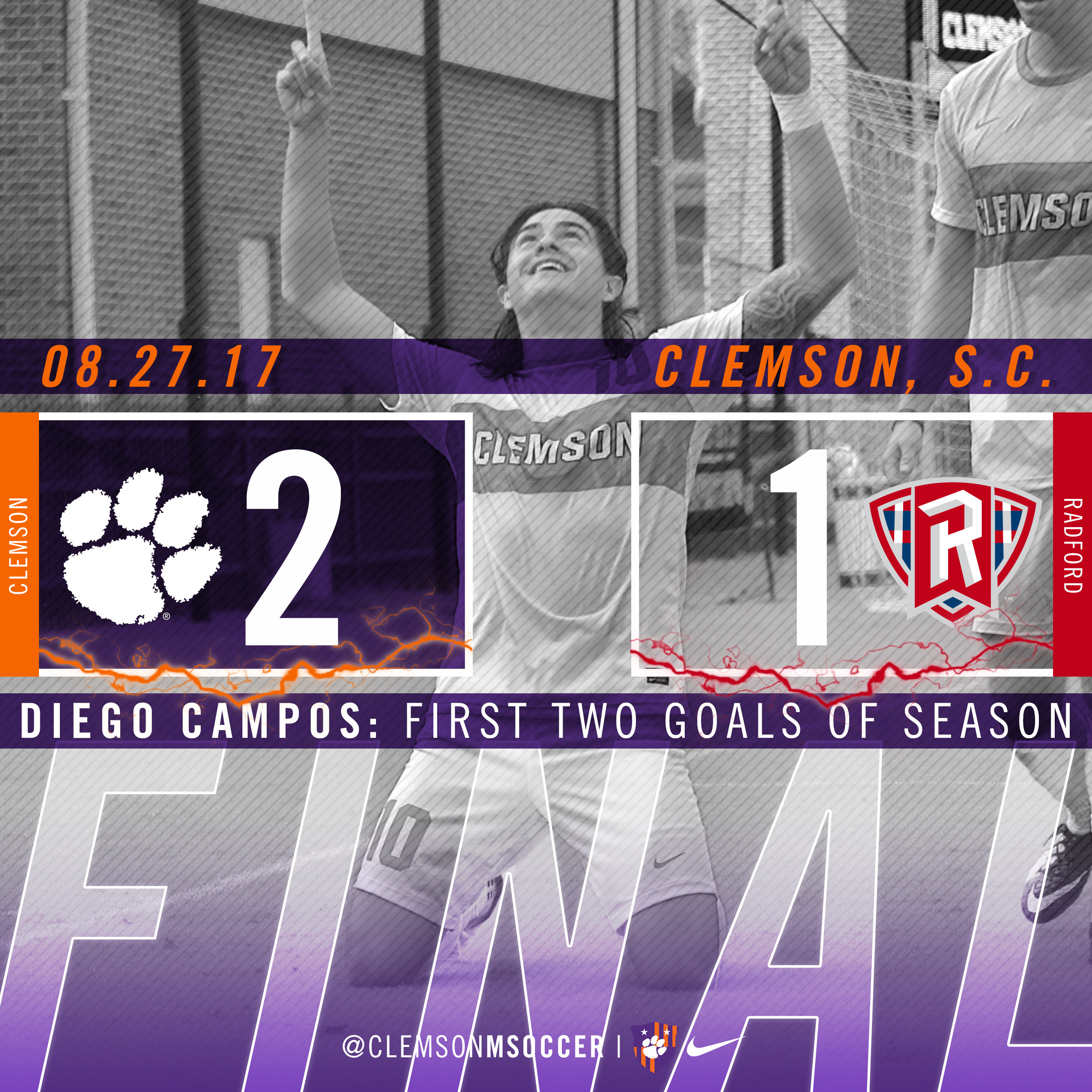 Campos Leads No. 5 Tigers Over Radford

CLEMSON, S.C. – Fueled by senior Diego Campos’ first two goals of the season, the No. 5 Clemson men’s soccer team defeated Radford 2-1 on Sunday night. This marks the third year in a row that the Tigers have opened the season with back-to-back wins, as Clemson also defeated Cal State Fullerton 2-0 on Friday. With Sunday’s win, the Tigers moved to 2-0-0 on the year, while Radford fell to 1-1-0.

Campos got the Tigers on the board with his first goal in the 36th minute and was assisted by senior Grayson Raynor and sophomore Tanner Dieterich. Four minutes later, the Tigers earned a penalty kick after junior Gian Scalise was brought down in the box, and Campos capitalized to give Clemson a 2-0 lead.

The Highlanders scored the lone goal of the second half, as Kieran Roberts’ got a touch behind junior Clemson keeper Ximo Miralles to net his third goal of the season.

“I thought we played exceptionally well in the first half,” said head coach Mike Noonan. “You pay money to see the goals we scored. It was really, really good. Then, we took the foot off the pedal. In the second half, we didn’t have much control. The game got spread out. The players weren’t doing the things that they were doing in the first half, which was disappointing. But that’s a very good team. They’ve been in the NCAA Tournament the last four years, they won their conference last year and are mostly seniors and redshirt juniors who know exactly what they’re doing. It’s a very good win, but it’s a shame that we conceded a goal.”

Clemson’s next match is Friday against South Carolina as part of First Friday. The Tigers and Gamecocks will face off 45 minutes after the conclusion of the women’s soccer match against VCU that begins at 5 p.m., with the earliest start time being 7:30 p.m.