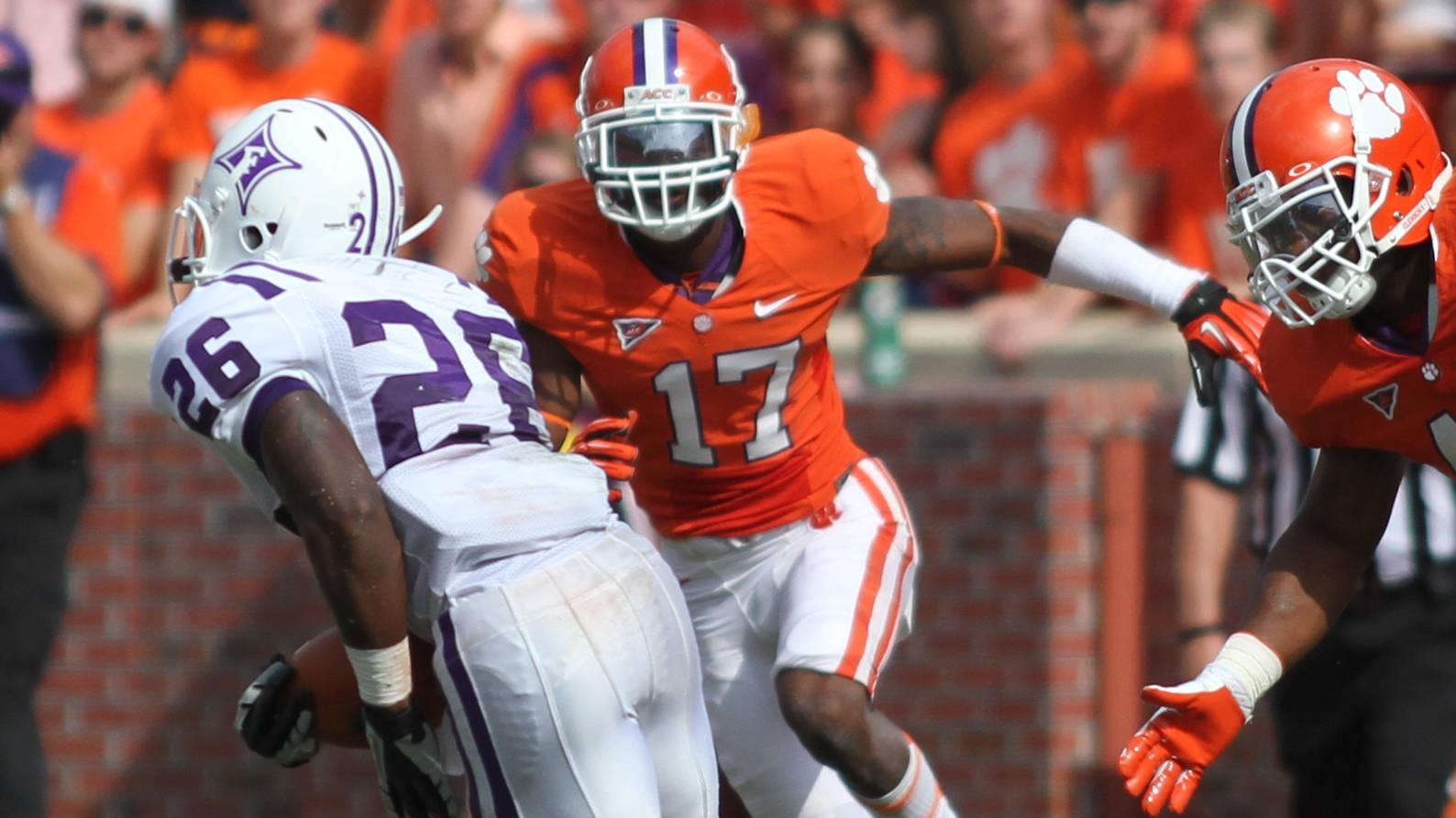 CLEMSON, SC – Clemson Head Coach Dabo Swinney announced after practice that defensive back Bashaud Breeland will not play in the Chick-fil-A Bowl against LSU due to injury. Breeland has been limited by a groin injury that bothered him over the second half of the season.

Breeland is scheduled to have surgery on Thursday.

“He had practiced some this month with the hope of getting him ready to play against LSU, but it is apparent he will not be well enough to play in the Chick-fil-A Bowl,” said Swinney.