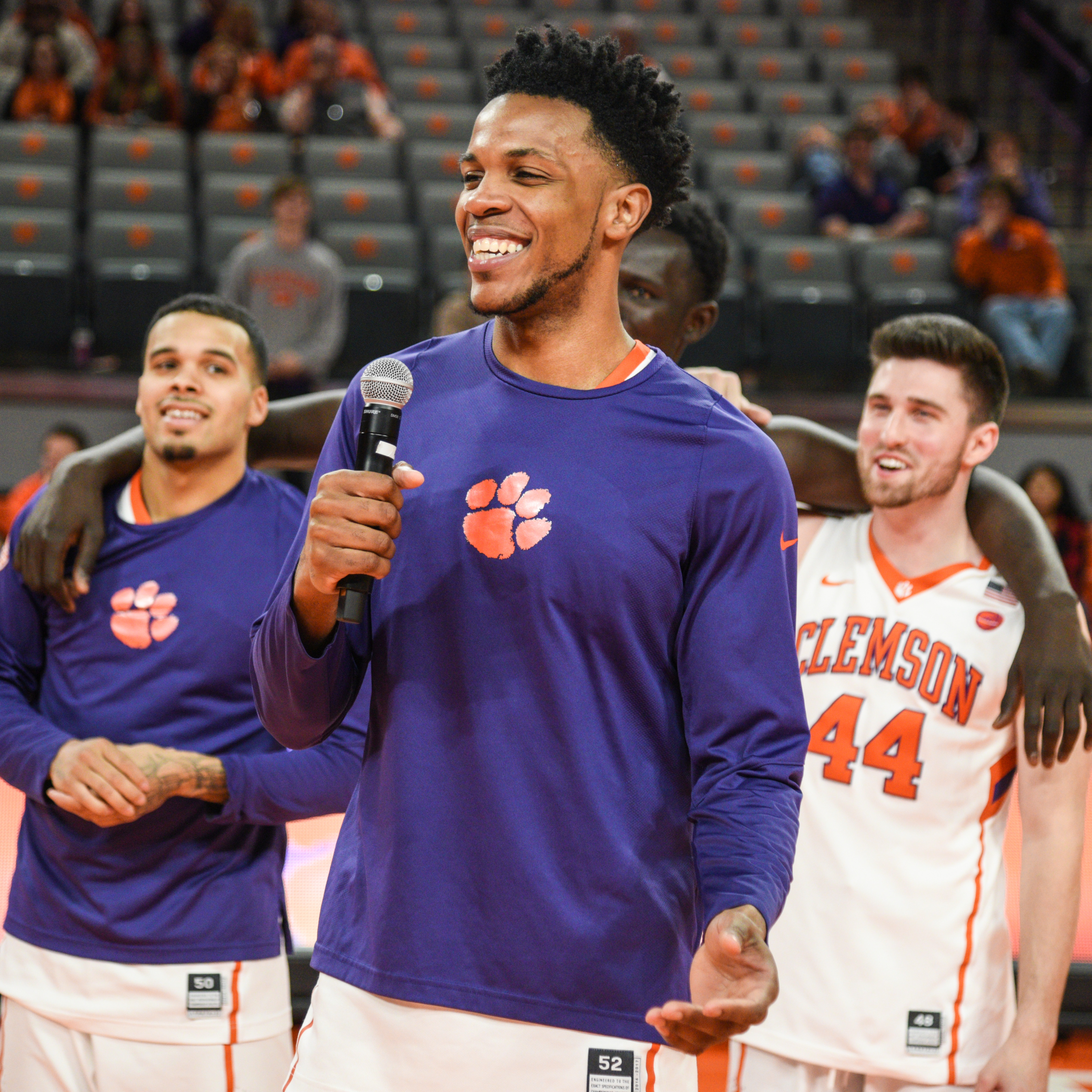 CLEMSON, S.C. — Jaron Blossomgame was named to the All-ACC Third Team on Sunday, following a blue ribbon panel vote that included the league’s 15 head coaches and selected members of the media. It was Blossomgame’s second straight season earning an all-conference accolade, the first Tiger since Trevor Booker in 2009 and 2010 to earn multiple honors.

Blossomgame leads the Tigers and is ninth among all ACC players with a scoring average of 17.3 points per game. He surpassed 500 points for a second straight season, a first for any Clemson player since K.C. Rivers from 2006-08. Blossomgame is also second on the team with an average of 6.2 rebounds per game.