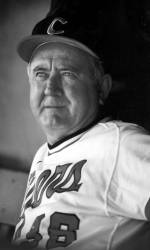 In 36 seasons, he never had a losing record and led the Tigers to the College World Series six times (1958,59,76,77,80,91). He coached Clemson to 11 ACC Championships, 16 top-25 seasons, 17 NCAA Tournament appearances, and 19 ACC regular-season titles (including ties). Wilhelm also coached 20 All-Americans, 27 players who went on to play in the Major Leagues, 88 First-Team All-ACC selections, and 100 players who signed a pro contract.

The native of China Grove, NC led the Tigers to the College Worlds Series in each of his first two years with the program (1958,59). His 1958 team won the ACC Championship and made a miracle comeback to win the NCAA District III Playoffs in Gastonia, NC by defeating Florida twice on the same day by scores of 15-14 and 3-1.

When Wilhelm retired, he left a strong program. He took the Tigers to the NCAA Tournament each of his last seven years as head coach and his teams averaged 51 wins per year over that time. His 1991 squad still holds the Clemson record for wins (60) and the team’s 60-10 mark gave the Tigers the best winning percentage (85.7) in the nation that year. His final team, the 1993 squad, won the ACC Championship, beat 13 top-25 teams, and reached the NCAA Tournament.

Also inducted on Monday were Arizona outfielder Terry Francona (1978-80), Southern catcher Danny Goodwin (1972-75), Duke shortstop Dick Groat (1951,52), Grambling State Head Coach Ralph Waldo Emerson Jones (1926-77), Arizona State outfielder Oddibe McDowell (1983,84), and Cal State Fullerton first-baseman Tim Wallach (1978-79). The members of the 2011 Hall of Fame class will be honored during the induction ceremony on July 3 in Lubbock, TX as a part of the College Baseball Foundation’s annual celebration of the greatest players in the past and present of college baseball.