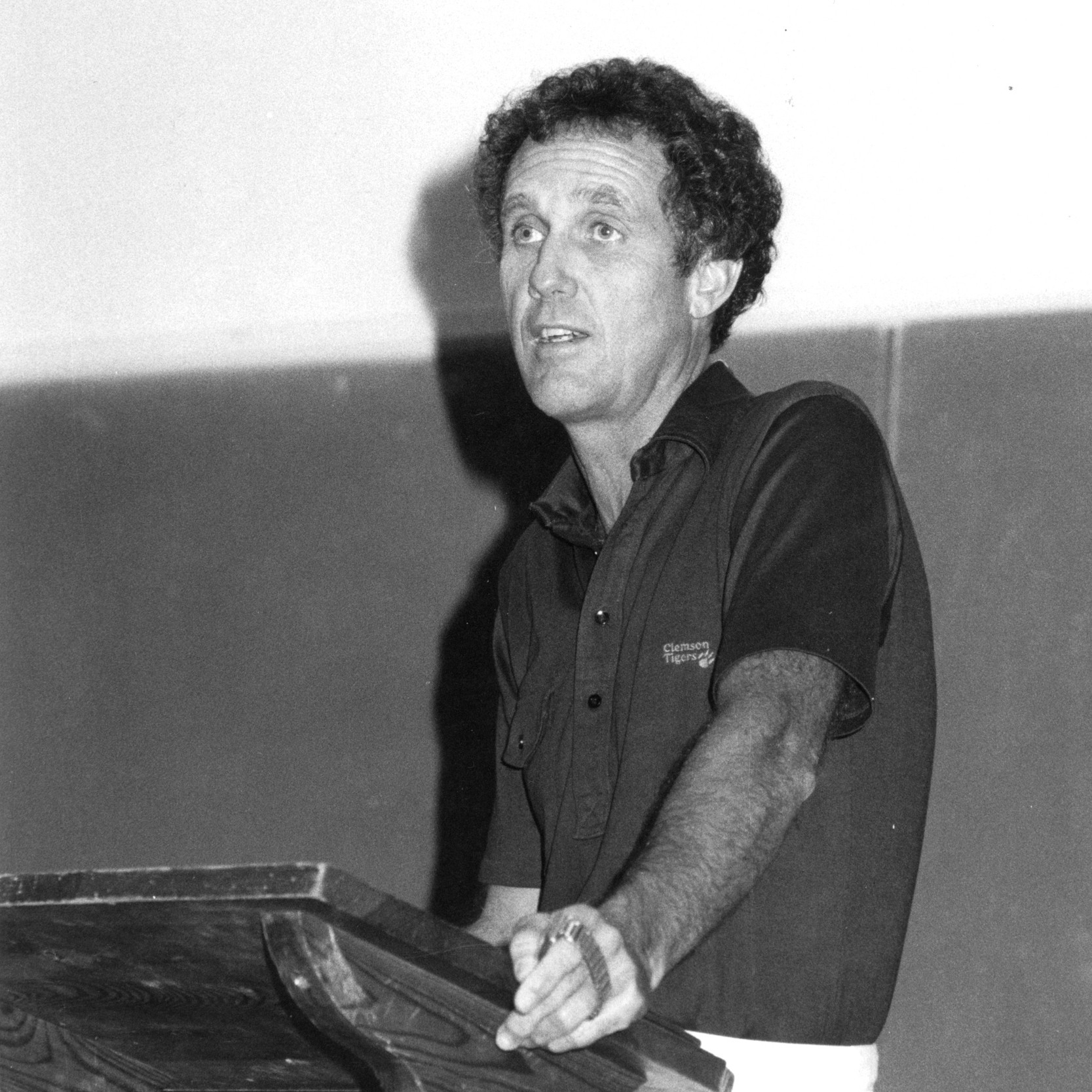 Bill Foster, More Than A Coach

With the news of Bill Foster’s death on Wednesday, (May 27, 2015) the memories of some of Clemson’s greatest basketball victories soon come to mind.

Foster passed away in Charlotte, North Carolina, after a long battle with Parkinson’s Disease. He was 79.

He was known as a program builder and he continued his forte at Clemson after he guided UNC Charlotte to an 87-39 record in five years.   What also comes to mind was his ability to build quality citizens.

“He was much bigger than basketball,” said Bobby Conrad in a recent interview.  Conrad played point guard under Foster from 1976-80. “You could be a Division I ACC player under him, and still have a life outside of basketball, and a lot of us really appreciated that.

“He was all about teaching life lessons and was very much excited about seeing his players succeed in life. Coach Foster was a very influential, very impactful person in the lives of all of his players,” said Conrad.

Conrad is now a federal judge in the state of North Carolina.

Bill Foster’s first season at Clemson was in 1975-76, and during that season, he led the Tigers to consecutive road wins over fifth-ranked Wake Forest and second-ranked Maryland.  Greg Coles’ behind the back shot from 15 feet away contributed to the win at Maryland and thus started one of the best runs in Clemson basketball history.

In 1977, Tree Rollins added to the program’s fortunes when he was chosen third-team Associated Press All-American and was the 14th overall pick by the Atlanta Hawks in the NBA draft.  Rollins had his number 30 retired before his last home game.  The team was ranked as high as 10th in the country that year, the highest ranking achieved by a Clemson team at the time.

The Tigers won 22 games to set a Clemson record, and was the first Tiger team to win at least 20 games in a season.  Then, in 1979, the Tigers were chosen for the NIT and went to Rupp Arena and beat Kentucky 68-67, in overtime.

In 1980, Bill Foster’s team was selected to the NCAA Tournament for the first time ever and advanced to the finals of the Western Regional.  Clemson reached a high ranking of 10th at one junction of the season.  The Tigers also defeated six top-20 teams over the course of the season, including fourth-ranked UNC and top-ranked Duke in the same week.  It was Clemson’s first win over a #1 ranked team in basketball.

Billy Williams was a Helms Foundation All-American and first team All-ACC.  Bobby Conrad was named the ACC’s Student-Athlete of the Year (Jim Weaver Award) and recipient of the Norris Medal (Clemson’s Outstanding Student).

Though it was their first time in the NCAA Tournament, the Tigers’ run to the Elite Eight that year is still the deepest any Clemson team has advanced in the national tournament. That year, Clemson knocked off Utah State and then a Danny Ainge-led BYU team to reach the Sweet 16.

The Tigers then knocked off Lamar, 74-66, to advance to the Elite Eight and West Regional Final, where UCLA beat the Tigers, 85-74, to end the season. Clemson closed the year with a 23-9 record. The 23 wins at the time were the most for any Clemson team in history.

The Tigers went 20-11 in 1981, and afterwards, the Phoenix Suns chose Larry Nance in the first round of NBA Draft.  The Tigers won the Rainbow Classic in Hawaii and beat eventual National Champion Indiana in the process on the way to a 12-1 start.

In 1983-84, Bill Foster coached his final season at Clemson.  The Tigers ran to an 11-2 start, including a 72-71 win over South Carolina and a 66-61 overtime victory over Marquette.  Clemson then defeated defending NCAA Champion NC State by 63-61 on January 9th, followed by a victory over a Mark Price-led Georgia Tech team.  But the Tigers lost 12 of their last 15 games and the Foster era ended with a 14-14 mark.

When Foster resigned from Clemson, Vince Hamilton, who averaged 14.2 ppg. in his junior season, was saddened when Foster left Tigertown.

“He did more that coach us in basketball,” said Hamilton in a 1984 interview.  “He really stressed to us to take advantage of the academic opportunities we had, and he was interested in us as people.  He was as much a father-type guy as a basketball coach and I’ll miss him.”

In his nine years at Clemson, Foster had only one losing season, while posting a 156-106 record. He is second in Clemson history in the number of wins and posted 16 wins against top-20 teams.  He carried the Tigers to three NITs and one NCAA Tournament.

After he left Clemson, he continued his coaching career and helped restart the University of Miami basketball program. He posted a 78-71 record with the Hurricanes in five years.  In six seasons between 1991-97 Foster coached Virginia Tech to a 101-78 record and led the Hokies to the NIT championship in 1994-95.  He guided Virginia Tech to the second round of the NCAA Tournament the next season. Foster retired after the 1996-97 season.  In his 30 years of coaching at five different schools he compiled a record of 532-325.

In 2001, he was inducted into the Clemson Athletic Hall of Fame.

“The players and their development as people are what it’s all about. It’s fun watching kids excel in life after basketball.”