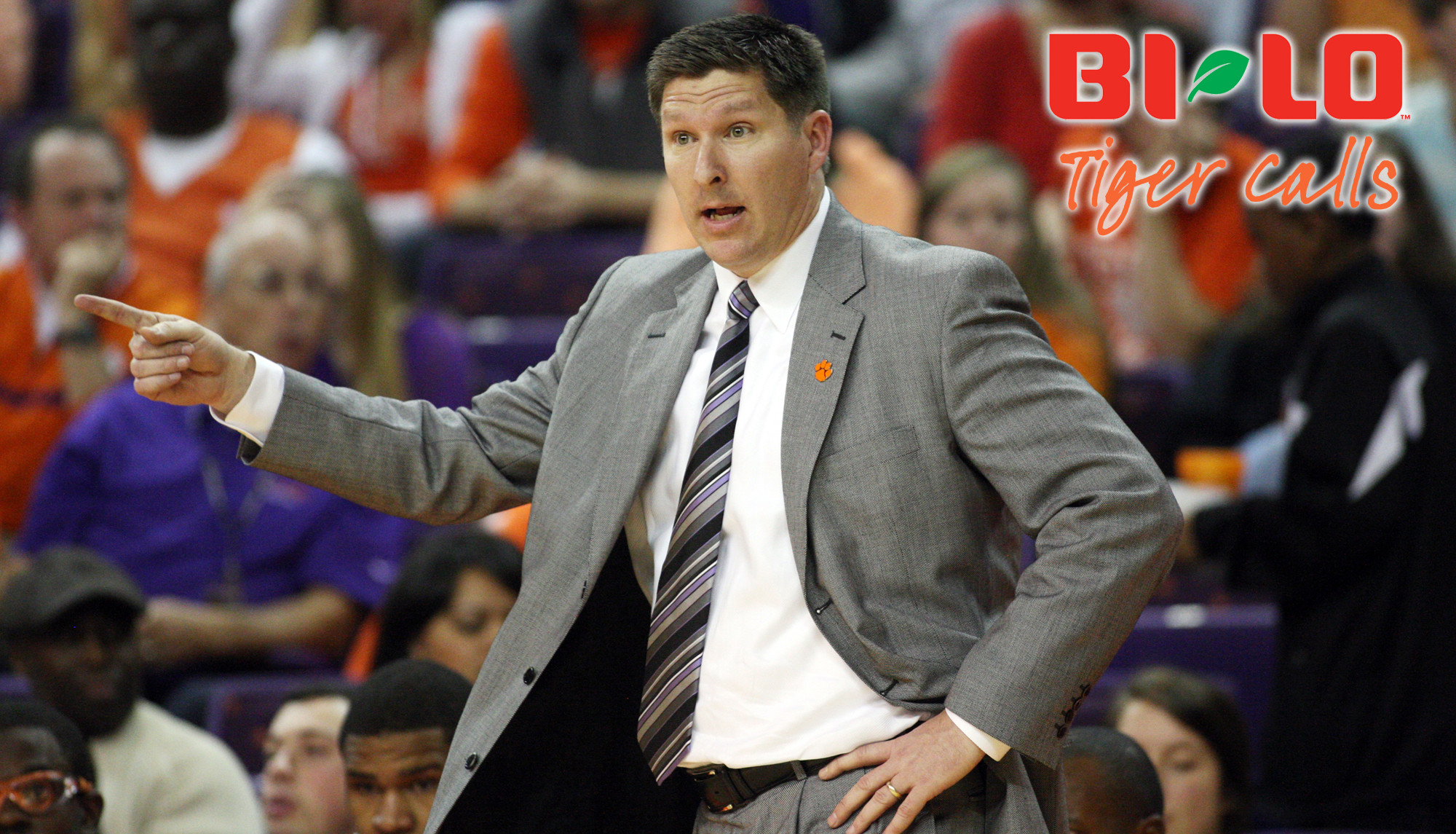 The show will run from 7 p.m. to 8 p.m. and can be heard on the radio on one of the affiliates of the Clemson Tiger Sports Network.  Shows that are held in the BI-LO Tiger Calls Studio can also be viewed live via TigerCast on ClemsonTigers.com.

BI-LO Tiger Calls is an interactive show, hosted by Don Munson, which gives fans a chance to ask questions to Coach Brownell. Fans can submit questions via the Clemson Athletics Facebook page (www.facebook.com/clemsontigers) or by calling toll-free 866-735-2536.

Below is the complete BI-LO Tiger Calls schedule for the 2012-13 basketball season.