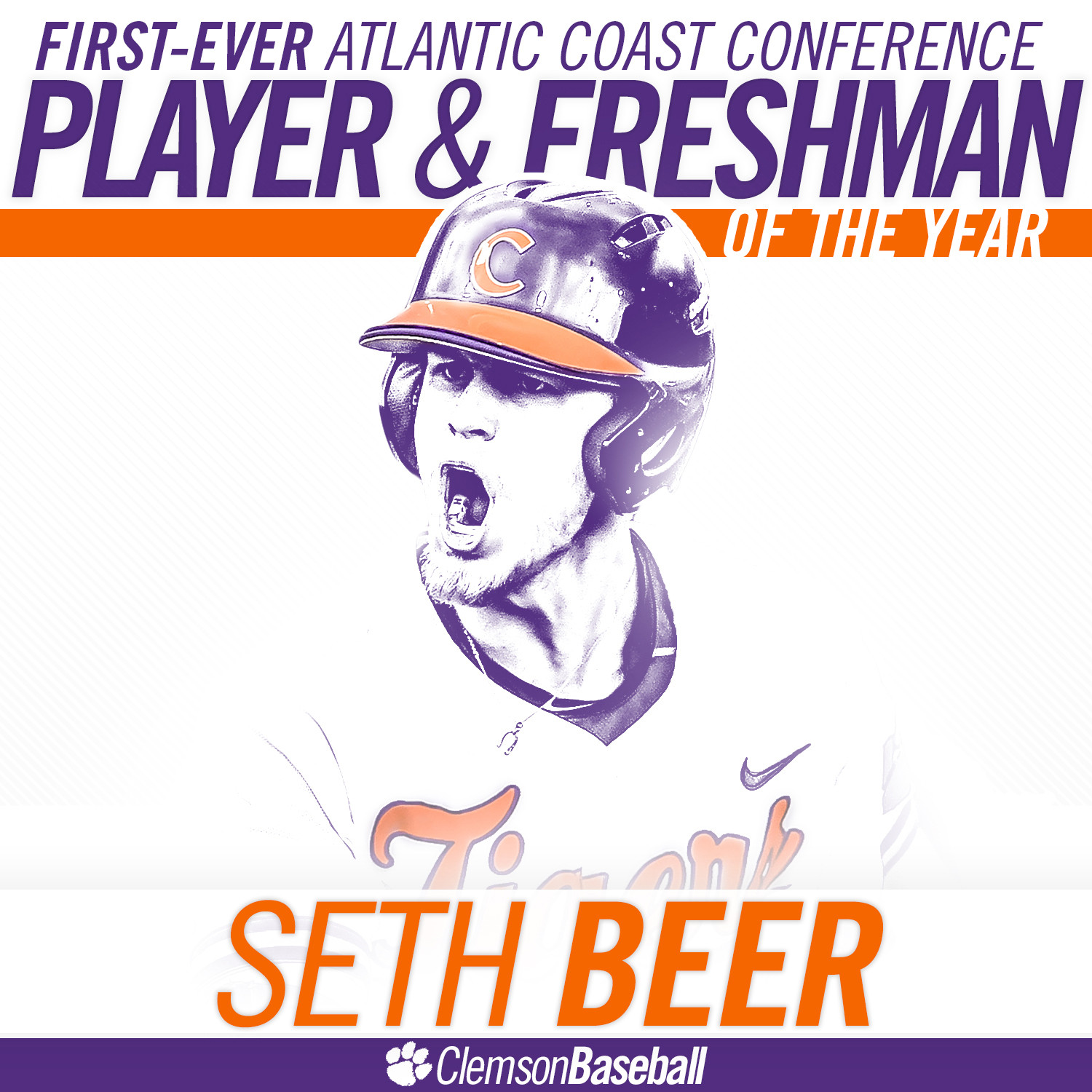 Beer, who graduated high school a semester early to attend Clemson this spring, is tied for the ACC lead in home runs (15) and is third in RBIs (60) in 54 games. He is hitting .378 and is second in the ACC in slugging percentage (.694) and third in on-base percentage (.528).

His regular-season accomplishments also included a 26-game hitting streak, tied for fourth longest in school history, as he keyed the Tigers to a 38-18 regular-season record.

Beer is the 13th Tiger to earn ACC Player-of-the-Year honors and the first since shortstop Brad Miller in 2011. The Suwanee, Ga., native, who is riding a 52-game on-base streak, was also named ACC Freshman-of-the-Year, Clemson’s third recipient in history and first since outfielder Patrick Boyd in 1998.