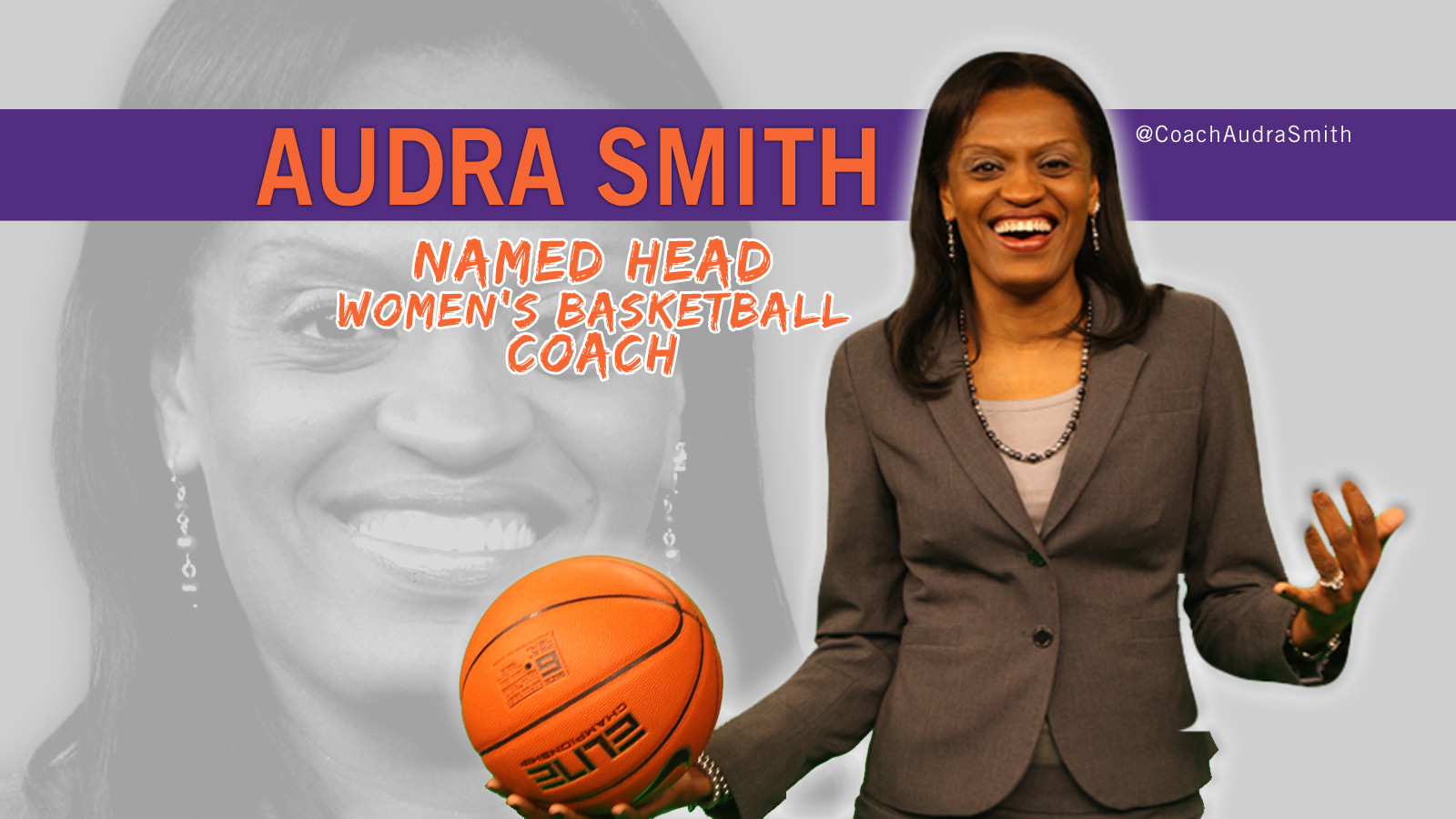 CLEMSON, SC – Director of Athletics Dan Radakovich announced on Monday that Audra Smith has been chosen to lead the Women’s Basketball program. Smith, a 1992 Virginia graduate, has spent the last nine seasons at the helm of the UAB program. She led the Blazers to 57 wins over the last three seasons, the most in any three-year period at UAB in 17 years.

“After a comprehensive national search, we have chosen Coach Audra Smith to lead our storied women’s basketball program,” said Radakovich. “Coach Smith has been a part of many experiences, winning at the highest level as both a player and a coach, and we look forward to supporting her as the leader of our program.”

UAB was 57-39 over the last three seasons, and had a winning record in conference play in each of the past four. In nine seasons as the head coach at UAB, Smith compiled a 138-138 record. She took over a program that had accumulated a 29-54 record in the three seasons prior to her arrival, and brought the program up to .500 in year two and to the postseason in year three.

Academically, UAB has had 25 selections for conference academic honors in the past three seasons alone, and 39 overall.

Smith, the sixth head coach in Clemson history, has experience in the ACC, working as an assistant coach under Hall of Famer Debbie Ryan at Virginia. As an assistant from 1994-2004, the team reached the NCAA Tournament in nine of her ten seasons. She was named the recruiting coordinator at UVa in 2000, and helped secure four top-20 classes nationally in five seasons. She has shown the ability to recruit nationally, as her 2012-13 roster featured players from eight different states.

During Smith’s career as a student-athlete, Virginia was 113-18 in four seasons, made three trips to the Final Four and won two ACC Championships. One of her teammates at UVa was current South Carolina head coach Dawn Staley.

After graduating from Virginia with a degree in sociology, she worked in her hometown of Milledgeville, GA, before joining Ryan’s staff in 1994. Smith played her high school basketball at Baldwin High in Milledgeville, where she was named Miss Georgia Basketball in 1988.

Smith, 43, is married to former Virginia basketball player Anthony Oliver, who played for the Cavaliers from 1988-92. The couple has a son, A.J., and a daughter, Adria.