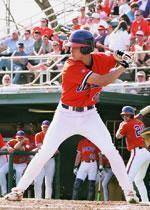 Auburn scored three runs in the bottom of the ninth inning to defeat #24 Clemson 6-5 Friday night in front of 3,143 fans at Plainsman Park. Auburn improved to 11-4, while Clemson fell to 4-3.

Auburn Reliever John Madden (2-0) earned the win despite allowing six hits in 2.2 innings pitched, as he allowed just one run. Madden along with starter Arnold Hughey combined to strike out 10 batters without allowing a walk. Clemson reliever David Kopp (0-1) suffered the loss, as all three run allowed came in the ninth inning. Starter Josh Cribb allowed two runs on eight hits over 4.0 innings pitched, but did not factor in the decision.

Auburn broke through with the game’s first run in the third inning. Bruce Edwards hit a two-out double to right field and scored on Clete Thomas’ line-drive double past Herman Demmink at third base.

Clemson evened the score in the fourth inning thanks to an Auburn error. Taylor Harbin led off with a grounder to Philip Stringer at third base. Stringer made a diving stop down the line, but the throw to first was errant, allowing Harbin to advance to second. Travis Storrer moved Harbin to third with a groundout to second, and Kris Harvey followed with a run-scoring single up the middle on a 1-2 pitch. Tyler Colvin then hit a deep fly ball to the wall in centerfield that Edwards could not haul in (ruled a double), as Harvey advanced to third. The rally was thwarted, however, when Andy D’Alessio’s soft liner was snagged by Hughey and Adrian Casanova struck out.

Auburn regained the lead with a run in the fourth inning on two controversial plays. Joey Huskins reached first on a hit-by-pitch after he appeared to stick his elbow out over the plate on a potential strike. Then, Huskins left first base too early on an attempted steal, and Cribb stepped off the rubber and threw him out at second. However, the home plate umpire called a balk on Cribb as the second-base umpire signaled the runner was out on the tag. After Adam Stacey struck out and Stringer singled through the left side, Ben Sprague singled through the right side to bring home Huskins.

Clemson responded with run in the sixth inning thank to Colvin’s third hit of the game. Harvey grounded a bad-hop double past Stringer at third with one out. Colvin then hit a 1-2 pitch up the middle that second baseman Tyler Johnston could not come up with, allowing Harvey to score and tie the score 2-2.

Auburn came right back and took the lead in the bottom of the sixth inning. The first two batters reached on a walk and hit-by-pitch, respectively. Kopp got Stacey to strike out for out #1 after he unsuccessfully tried to sacrifice the runners up a base. Then, the home plate umpire again called a controversial balk on a Tiger pitcher, this time on Kopp, moving runners to second and third. After Stringer walked to load the bases, Sprague’s sacrifice fly to right field scored Josh Bell, giving Auburn a 3-2 lead.

Again, Clemson responded and took the lead in the seventh inning. Pinch-hitter David Williams reached when his slow roller back to the mound was booted by Hughey. Demmink then hit a towering two-run homer to right-center, his first of the season. It was also the first homer allowed by an Auburn pitcher in the last 99.1 innings pitched.

Auburn threatened in the bottom of the seventh inning, but Kopp got out of trouble. Thomas singled through the right side with one out and advanced to second on a single by Karl Amonite. Amonite’s pop up down the left-field line fell between shortstop Stan Widmann and Colvin in left field. After Bell flied out to left for our #2, Huskins was retired for the first time in four plate appearances when he grounded out, forcing Amonite at second to end the inning.

Clemson added an insurance run in the ninth thanks to the hustle of Harvey. Demmink led off with his third extra-base hit of the game, this time a pop-up double down the left-field line. Storrer moved Demmink to third when he singled through the left side on an 0-2 pitch. Then, Harvey hit a chopper to Stacey at shortstop. Auburn forced Storrer at second for out #2, but Harvey just beat the throw out first, allowing Demmink to score. Colvin followed with his fifth hit of the game, but he and Harvey were stranded when D’Alessio struck out to end the inning.

In the bottom of the ninth, Auburn would not go quietly. Edwards lined a one-out single through the left side and Thomas followed with a single to right-center to put runners at the corners. Then Amonite singled just beyond the reach of D’Alessio at first base, plating Edwards. Stephen Clyne entered the game in relief of Kopp, and he struck out Bell on three pitches for out #2. After Clyne balked the runners to second and third, Huskins walked on a 3-2 pitch to load the bases. It was the third balk of the game called on Tiger pitchers, all of which were called solely by home plate umpire Brian Hale. Clemson had committed just one balk in its first six games. Pinch-hitter Russell Dixon then came to the plate and walked on four pitches, bringing home the tying run. Then Stringer hit an 0-2 pitch to centerfield that fell for a single, giving Auburn the dramatic 6-5 come-from-behind win.

Harbin’s six-game, extra-base hit streak came to an end, as he was 0-for-5. However, four Tigers had multi-hit games in Clemson’s 14-hit attack. Colvin had a career-high five hits in a 5-for-5 performance. Storrer and Demmink added three hits apiece, while Demmink had two doubles and a home run. Thomas led Auburn with four hits, while Edwards had three, as Auburn also totaled 14 hits.

The two teams will play game two of the series Saturday at 5:00 PM EST at Plainsman Park. 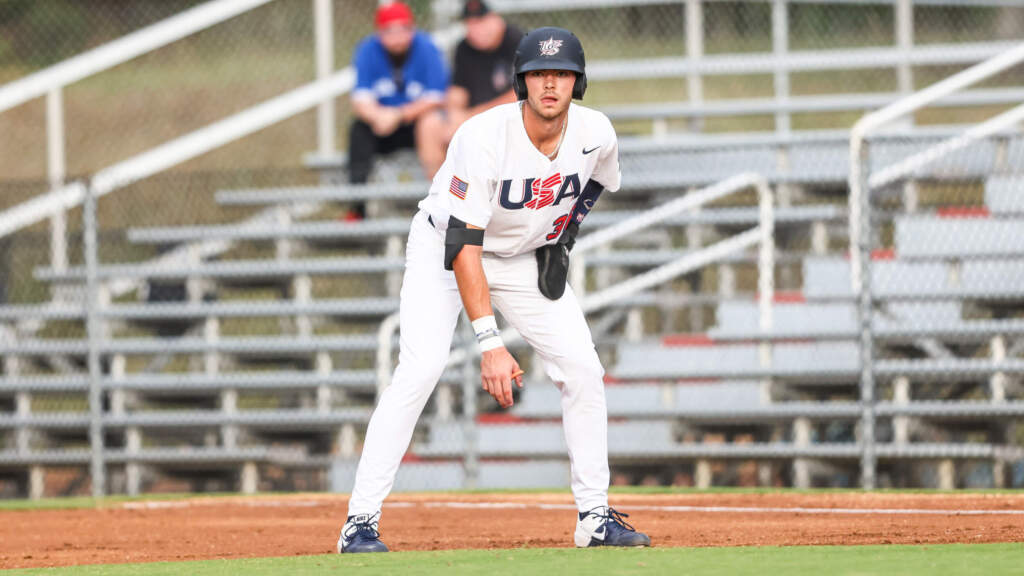