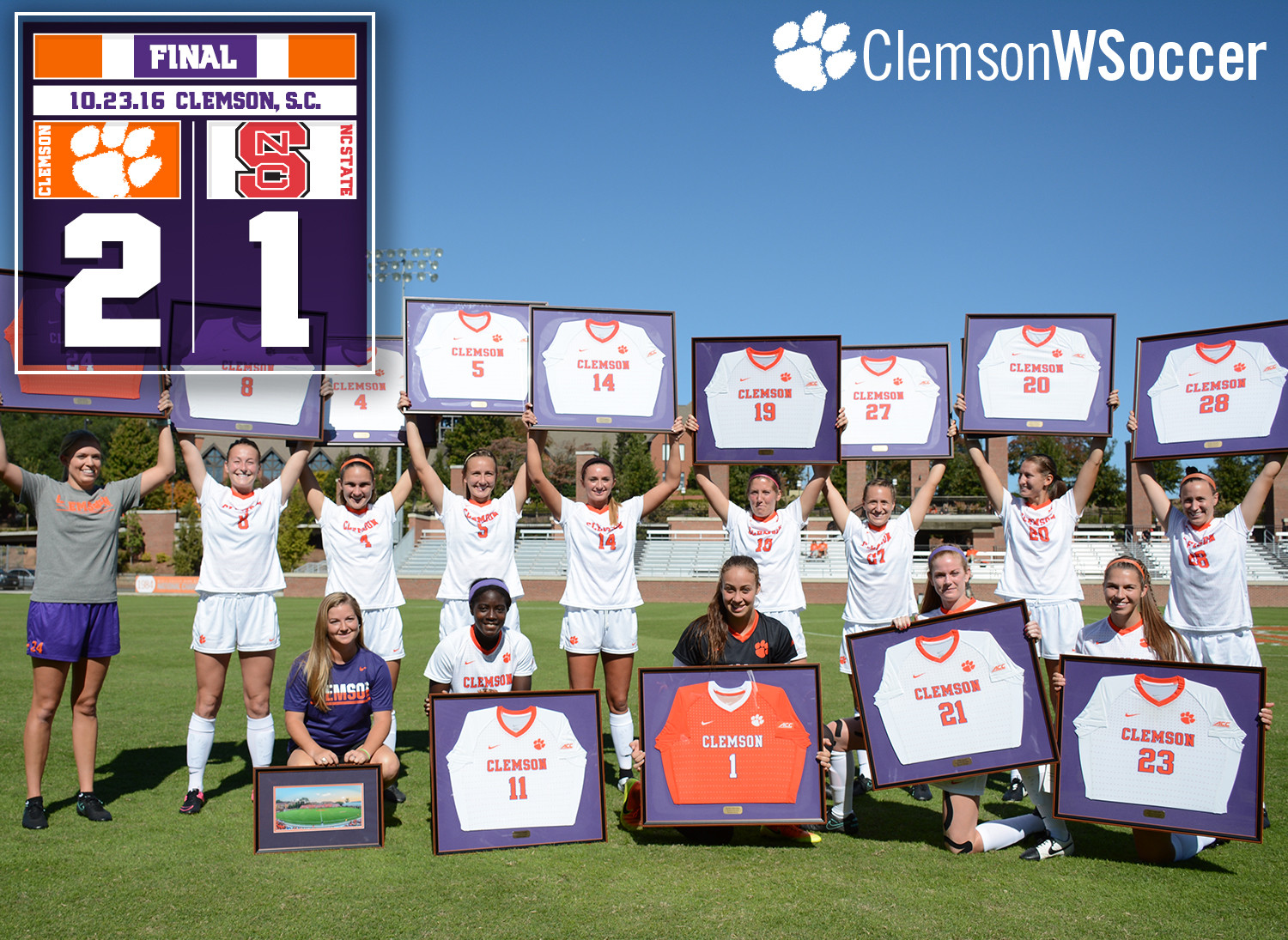 CLEMSON, S.C. – Catrina Atanda celebrated her Senior Day in grand fashion, scoring two goals in leading the 17th-ranked Clemson women’s soccer team to a 2-1 victory over NC State on Sunday, Oct. 23 at Historic Riggs Field. The win puts the Tigers at 12-3-2 overall, 6-1-2 in ACC play and 9-0-1 in home games, as the team has now finished the regular season unbeaten at Historic Riggs Field. With the loss, the Wolfpack fell to 9-7-1 (3-5-1 ACC).

The Tigers honored their 13 seniors (11 true seniors and two redshirt seniors) prior to the match, and 10 seniors were in the starting lineup when the match kicked off. Atanda put her first goal on the board in the 14th minute of play. Sophomore Sam Staab handled a throw-in deep in NC State territory. Staab threw the ball to senior Paige Reckert, who tapped it out to Atanda, who finished from 14 yards. The assist was the 11th of the season for Staab, who led the ACC and ranked third in the nation in that category entering the match.

At the 58:35 mark in the second half, senior Abby Jones was taken down in the box resulting in a penalty kick. Atanda converted on the penalty kick, and is now 3-for-3 on the season. The Belle Mead, N.J. native now has 11 goals on the season, and 29 for her career, a figure that ranks seventh in Clemson history. Tziarra King put NC State on the board in the 81st minute, providing the final margin.

Senior Kailen Sheridan tallied three saves in the contest and picked up the win in goal, her 10th of the year.

The Tigers, who are currently tied for second in the ACC standings at 6-1-2, head to Duke on Thursday, Oct. 27 for their final regular season contest. The Blue Devils sit atop the conference standings, at 7-1-1. Kickoff is set for 7 p.m. in Durham, N.C.