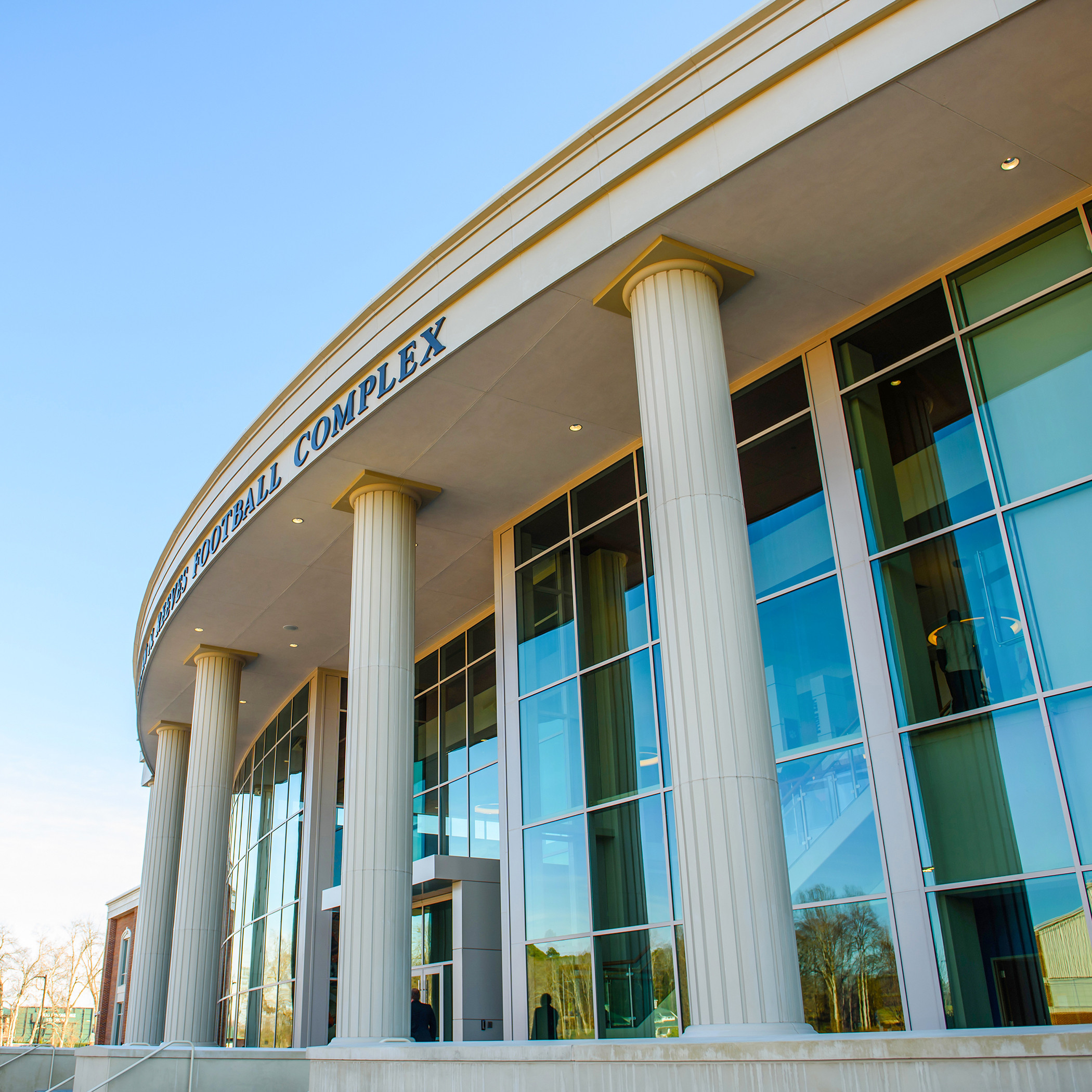 I have already given many tours of Clemson’s new Allen N. Reeves Football Complex, which opened for business on February 1, with the program’s annual signing day celebration.

The most interesting tour I have given took place on Thursday, Feb. 23. A longtime friend is the public relations director for a company that deals with the certification of the tile industry, and its people were fascinated to see the different types of tile that were used in the building.

At first, they wanted to bring seven people for the tour, but when I met them at the front door of the facility late in the day, there were 18, many dressed in orange, purple and white.

It was a great day. I have never seen a more enthusiastic group from the private sector. During the tour, national championship hero Hunter Renfrow (and that is his full name now after signing near 2,000 Sports Illustrated covers as of March 1), walked into our group and they instantly started applauding. Renfrow was not wearing his uniform, so I was impressed by this group that did not spend every weekend in a football stadium.

Our national championship has created quite a buzz, but so has the Allen N. Reeves Football Complex.

God bless Thad Turnipseed for putting up with the daily media requests for a tour. I am sure the requests from non-media types are triple.

But, I can see why he is not tired of talking about and showing off the Taj Mahal of football buildings, college or pro. The $55 million facility that is 142,000 square feet has all the bells and whistles, but is also among the most functional of its kind nationally. That was the goal in the first place for Turnipseed when he met with Dabo Swinney about his vision for a football facility five years ago.

“Coach Swinney has always lived by the slogan, ‘Best is the Standard,’ and that is what he sought to do in the design of the Allen N. Reeves Football Complex,” said Turnipseed. “I went to 36 football facilities around the nation. He said to take the best from each place, and that is what we did.”

Nothing beats watching a video provided by ClemsonTigers.com or by seeing the facility itself, but I will do the best I can in description, combined with our most recent photos.

The first thing you see when you walk into the lobby are three national championship trophies. Three? When you win the national title, you receive trophies from each organization that proclaims a champion.

The first trophy is the gold trophy from the College Football Playoff, the one the players and Swinney held this year during the postgame celebration. The other two (1981, 2016) that sit behind the gold trophy are the Waterford Crystal footballs from the USA Today coaches poll, which officially named Clemson national champion the day after Clemson defeated Alabama. There is an Associated Press national championship trophy that is on the second floor as well.

The lobby also includes a replica of Howard’s Rock and the Hill from Memorial Stadium. At the top of the Hill, there is a button that you can push and listen to Brent Musburger and Kirk Herbstreit describe college football’s greatest entrance. It is audio taken from the opening of the Clemson vs. Georgia game in 2013. Aren’t we lucky we had Musburger describe it before his recent retirement.

Near the lobby to the right is the area for the PAW Journey. That is where Jeff Davis, Allison Waymyers and Jessie Carroll are located. It provides a study area, but also houses meeting rooms for community service activities and meeting places for prospective employers who are considering hiring Clemson football players after their careers end. Team advisor Reggie Pleasant’s office is on the second floor of this area.

A corridor outside the PAW Journey area takes you to the dining area, known as the Paw. This area is spacious and includes a biometric scanner that helps develop each player’s daily food intake based on their current weight.

Adjacent to the dining area are the outside and inside Players Village. The outside area includes a nine-hole miniature golf course, a covered full-court basketball facility with glass backboards and a state-of-the-art outdoor court, an artificial surface Wiffle ball diamond, sand volleyball facility, a horseshoe pit, wading pool complete with a Tiger Paw monument, outdoor kitchen and lounge area with a 20-foot television screen.

Overall, the outdoor village is 1.5 acres and cost $1.5 million to build.

Back inside the facility and through some glass doors is the indoor area that is complete with a two-lane bowling alley, Pop-a-Shot, video game area and multiple ping pong and pool tables. Adjacent to the ping pong tables is a golf simulator, where you can play Augusta National, St. Andrews and Pebble Beach among many other great golf courses from around the world.

Down the corridor from the golf simulator is a barber shop and shoeshine area. Next to the barber shop is the nap room, a concept that has gotten plenty of attention.

But I can tell you, this was a great idea. On Tuesdays during the 2013 season, I always knew where to find Sammy Watkins just before he was scheduled for his press meetings. He was always in the locker room at Memorial Stadium taking a nap. He had early class that day and he grabbed a few winks before his press meeting, which was followed by his wide receiver meeting, then practice.

Many other players have similar schedules, so the nap room was added to the project. The room has two bunk beds with an assortment of lounge chairs. If you go on a tour, make sure you knock before you enter.

The weight room is 23,000 square feet. I remember when we bragged about having an 8,000 square foot locker room 10 years ago. It looks to be the length of a football field, and just about the entire team can work out in it at one time.

After practice, especially during hot weather, players get into a cold tub (47 degrees) to help in post-practice recovery. Through last year, large tubs were brought to the outside wall of the indoor football facility, and players traded off getting in the tubs. Now there is one large horizontal cold tub that can handle 61 players at a time, making the process more efficient.

The training room is also state-of-the-art, with a lap pool and four therapy polls. It is a spacious facility that makes Danny Poole smile every day.

“We wanted to take the very best from each place,” stated Turnipseed. “We modeled our locker room after Oklahoma, our training facility after Tennessee and our weight room after Alabama. They had the best we saw in each area.”

The second floor features the offices for each coach. Swinney’s office is in the corner and fittingly over looks the practice fields at one side and the outdoor basketball court on the other (he loves to play basketball at noon when he can).

The second floor also is the home to Clemson’s video department. It is a facility that rivals what you would see on a tour at ESPN. A “green screen” room is the home of Clemson interviews and photos that you see on social media. The room also has a direct fiber optic line to ESPN in Connecticut.

The second floor also features a movie theater with 35 lounge chairs. On a given night, players can bring their own DVD of their favorite movie and view it on the big screen.

And finally, there is the slide!

“This idea came straight from coach Swinney,” added Turnipseed. “He saw it at the Google headquarters and loved it.”

The slide is located near the back of the building and is the quickest means of transportation from the second floor to the door that leads immediately to the practice field. It is the most popular event of any tour. I think all 18 people on the tile company tour did it, camera phones in hand. Remember, if you try it, sit up as you take the plunge or you will land on your back.

We have come a long way since I first came to Clemson in 1978, when the weight room was underneath Jervey Gym and the Jervey Athletic Center training room serviced just about all the sports, not just the football team.