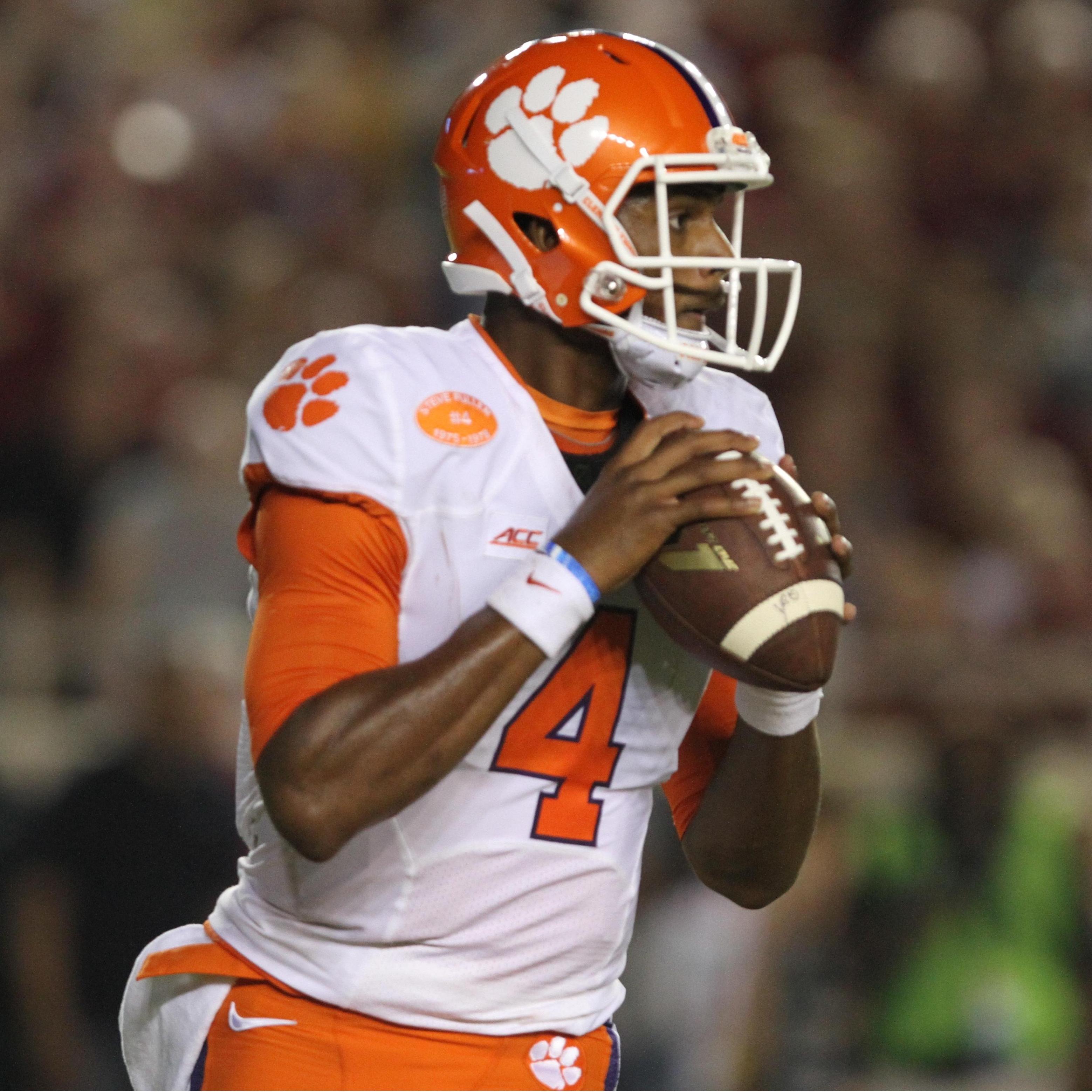 Watson came off the bench and completed 19-28 passes for 266 yards and also rushed 12 times for 30 yards with a touchdown against Florida State on Saturday, Sept. 20. His 296 yards of total offense were a school record for a true freshman quarterback and his 266 passing yards were the second-most. Watson was named ACC Rookie of the Week for the performance, becoming the first Tiger quarterback to win ACC Rookie of the Week honors since Kyle Parker in 2009 for his performance in an overtime win against an eighth-ranked Miami (Fla.) team.