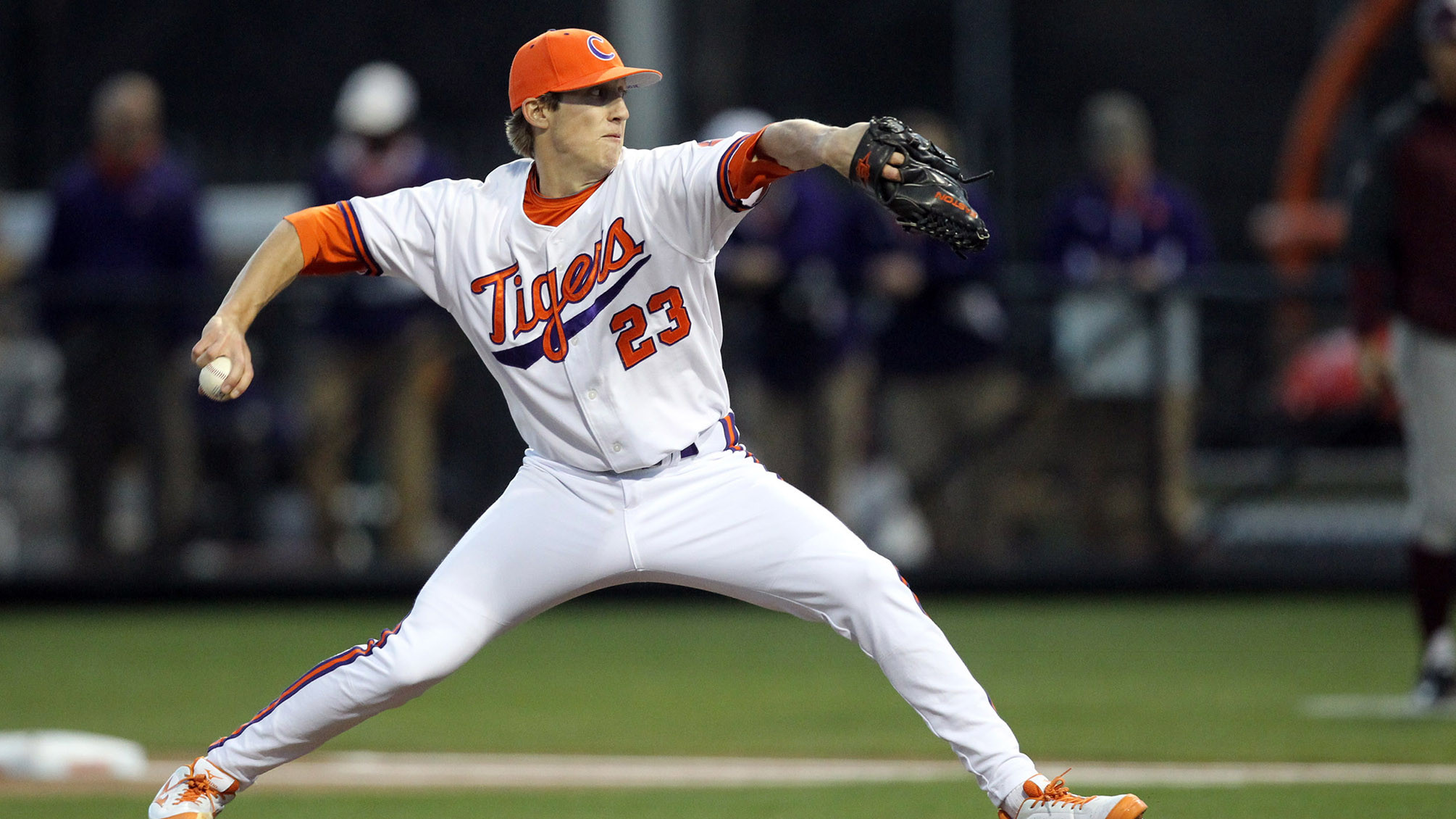 Gossett pitched a gem to earn the win against No. 1 Florida State on Friday night. In 7.1 innings pitched, he allowed just four hits and one run with eight strikeouts in Clemson’s 9-3 victory. He held the nation’s top-ranked team to a .160 batting average by allowing just three singles and one double during his stellar outing. On the season, he is 2-0 with a 2.50 ERA, .176 opponents’ batting average and 40 strikeouts against 14 walks in 36.0 innings pitched over six starts.