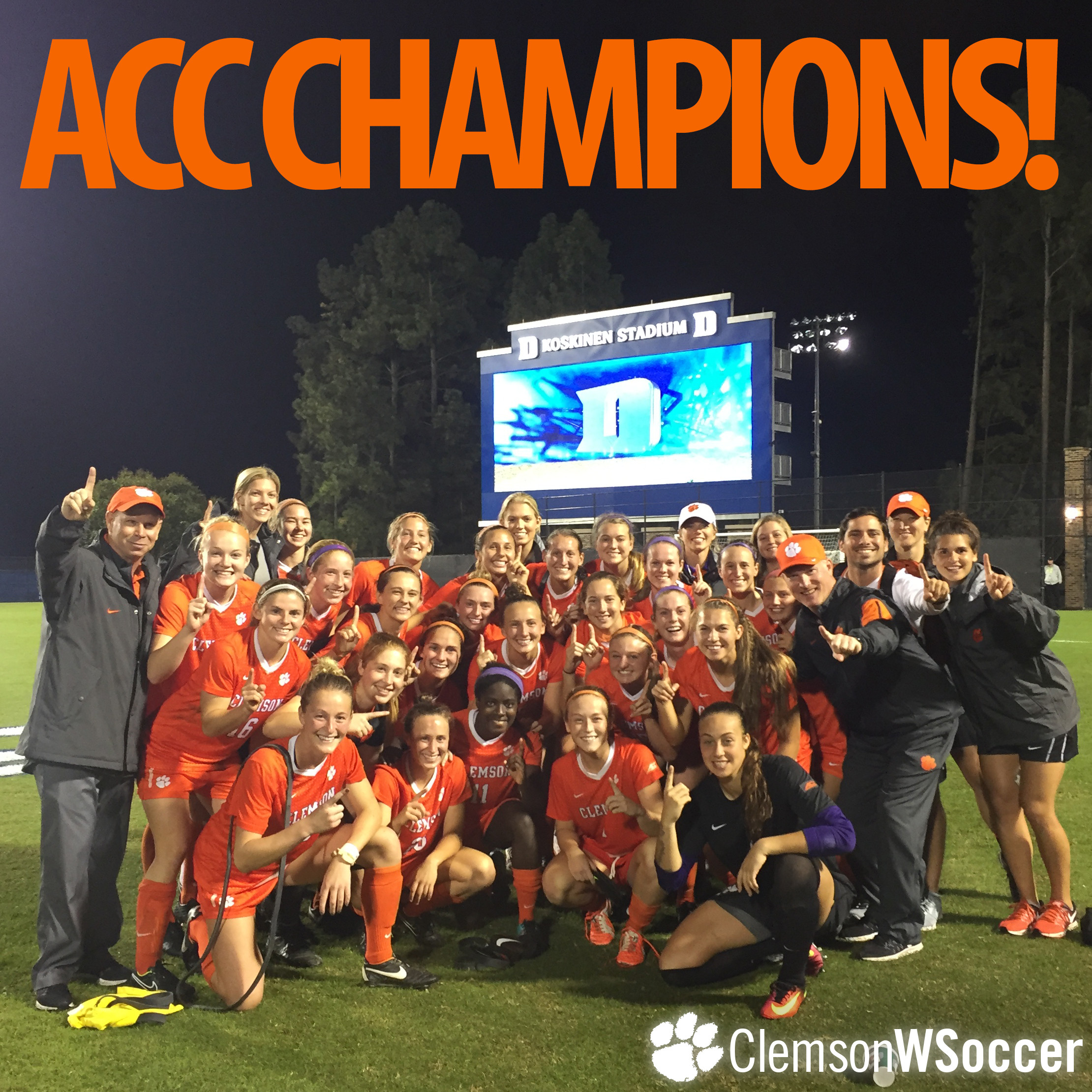 “It’s a little surreal, but it’s great to be the ACC Champions,” said Head Coach Eddie Radwanski, who is in his sixth year at the helm of the program. “I’m happy and proud for the kids, because they’re the ones that laid it on the line. They bought in, in order to create the right culture. They care about each other, they work hard, and it’s wonderful as a coach to witness your team be rewarded for their efforts.

“I’m also very fortunate and blessed to have a great staff of people that helped build this program, and can’t say enough about Jeff Robbins and Siri Mullinix. The effort that was put in to help transform a program requires a lot of contributions, and I’m very fortunate to be surrounded by great people, great friends and great colleagues.”

It was a special night for all of the Tigers, but especially for the 13 seniors (11 true seniors and two redshirt seniors), who have seen the team come a long way since their arrival on campus.

“Coming in, we knew it wasn’t going to be an easy road,” said co-captain Claire Wagner, “but this is our senior year and we weren’t leaving without a championship. That was not only all of the seniors’ mindset, but it was everyone’s mindset coming in to this season. I think that’s why it worked out, because everyone bought in and everyone was ‘all in.’ ”

“This is something we set as our goal at the beginning of the year, and to be able to slowly build up and get better as the season went on, and then to achieve that goal; it’s unbelievable,” added Wagner. “I think we knew when we got here that was our job, and we weren’t going to leave here without an ACC regular season championship.”

Sophomore Sam Staab scored the game’s lone goal, in just the fifth minute of play. Junior Shannon Horgan handled a corner kick on the right side, sending it into the box to Staab. The defender headed the ball into the left side of the net from five yards out for her second goal of the season. The assist was Horgan’s seventh of the year.

The single goal was all the Tigers needed, as senior keeper Kailen Sheridan and the defense, led by Staab, and seniors Claire Wagner, Emily Byorth and Gabby Byorth, held strong. Sheridan finished the match with five saves, the win and the solo shutout, her fourth of the year.

“As for tonight’s game,” added Radwanski, “I thought it was one of the more disciplined games that we’ve played. We were very patient and took great care of the ball. We scored on a set piece, which we’re good at. We also got Duke a little bit out of their rhythm, put them on their back foot and made them a little bit uncomfortable. In the second half, we held Duke at bay in regards to threatening our goal. As time ticked down, the kids became more and more determined not to break. You could feel the synergy coming off the field, and just knew that our group was not going to be denied.”

The Tigers finish the ACC regular season tied for first in the league standings, sharing the conference crown with Notre Dame. Clemson secured the No. 2 seed for the upcoming ACC Tournament, and will host the No. 7 seed, Miami, in the ACC Quarterfinals on Sunday, Oct. 30 at 1 p.m. at Historic Riggs Field.