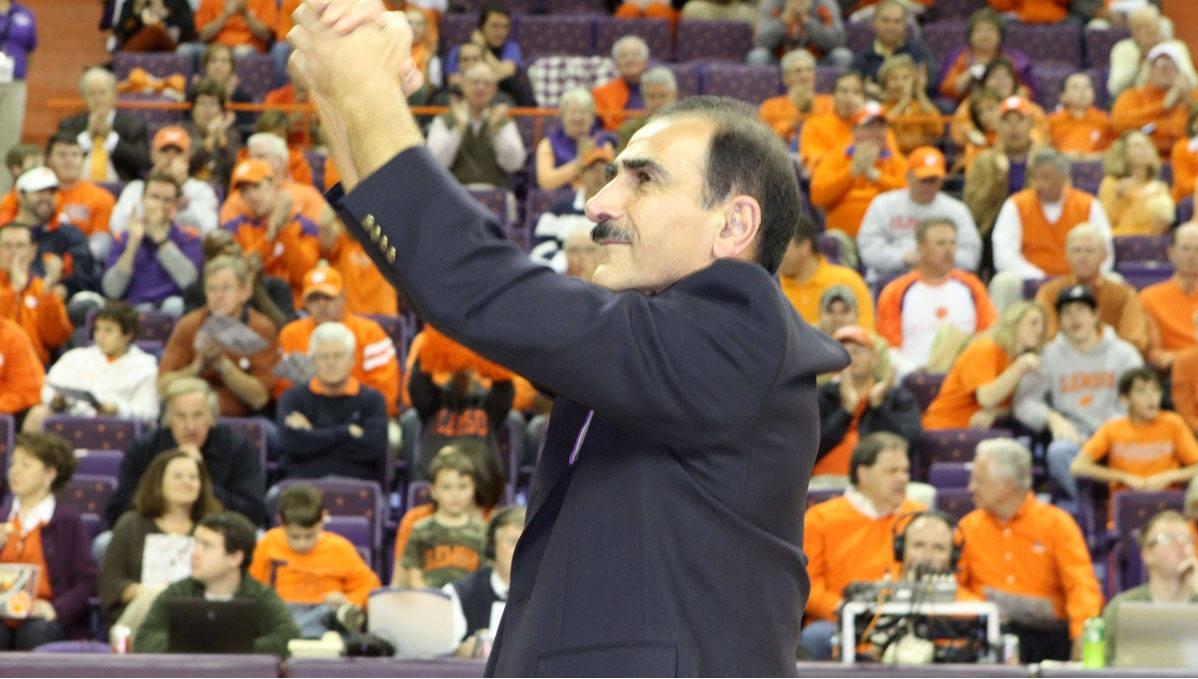 It will soon be forty years ago since Clemson men’s soccer advanced to the school’s first NCAA Final Four led by senior Henry Abadi.

Perhaps no one player has had so much effect on a program, not only in success, but also when the team played its matches as did Abadi.

Abadi played two years at Miami-Dade Junior College in Florida. Before transferring to Clemson he told Tiger Head Coach I.M. Ibrahim that he could not play on certain days.

“When Coach Ibrahim talked with me about transferring to Clemson and playing out my two years eligibility at Clemson, I tried to be completely honest with him,” said Abadi in a previous interview. “I told him that, being a Seventh Day Adventist, I would under no circumstances play on Friday nights and Saturdays. He accepted me on that basis, and two other soccer players transferred with me.”

Thus the tradition of playing soccer on Sunday afternoons at 2:00 p.m. was born. Previously, many Clemson soccer matches were played on Saturday before a home football game or on a Saturday afternoon when the football team was playing away. But playing on Sunday caught on not only at Clemson, but among the other ACC and area schools and the crowds and the popularity of soccer flourished too.

“I guess we started the tradition of playing on Sundays,” said the late Coach Ibrahim in an interview. “Because of Henry we started playing games on Wednesdays and Sundays and it really helped our crowds. He could not play on Saturdays and we respected that.”

On the soccer field, Clemson’s success also flourished in 1972. The Tigers finished the 1972 season with a 13-1-1 record overall and ACC Championship. Clemson advanced to the NCAA Tournament’s Final 16. Abadi finished that year with 27 goals.

In 1973, the Tigers finished the season with a 16-1 record overall and another ACC Championship. The Tigers finished third in the NCAA Tournament and was ranked fourth in the final coaching poll. Abadi scored 32 goals that season, still a Clemson record that was tied by Jimmy Glenn in 1993.

Twenty of Abadi’s 32 goals were scored in the first five matches of the 1973 season, placing him first in fewest matches to score 20 goals, a record that still stands today. His 32 goals that season also led the nation.

Abadi is one of 26 players in the soccer program’s history to record at least two goals and two assists in the same match, a feat he accomplished twice in 1973. In terms of season records, Abadi is second in goals per match (2.00), second in points (71 in 16 matches), and second in points per match (4.44), all set throughout the course of 1973. He holds the record for most hat tricks in a season with five in 1973, which gave him seven in his career.

He is still in the school’s top 10 in many categories and still owns the record for points per match (3.78) and goals per match (1.67). By receiving many prestigious awards and setting several records in his short career, Abadi made quite a name for himself among Clemson soccer legends.

Abadi helped lay the foundation of success that the Tigers would enjoy in the decades of the 70s that would carry on into two National Championships in the 1980s.

Between 1972-79, the men’s soccer program won eight ACC championships in a row under legendary Coach Ibrahim.

Ironically in 1973, the Tigers advanced to the NCAA Semifinals on Wednesday January 2, and lost to UCLA 2-1 in Miami, FL. If Clemson would have won the match, the Tigers would have played St. Louis for the National Championship on Friday evening, January 4. Going into the final four, Abadi had already said he would not have played on that Friday after sun down. Former Greenville News columnist Dan Foster wrote a column about Abadi and his religious convictions and him not playing if Clemson advanced to the National Championship match. Years later, Foster said that was one of his favorite columns he ever wrote.

Abadi with his religious convictions is to be admired. He not only helped start the trend of Clemson playing soccer on Sunday afternoons, but also helped lay the foundation of one of the successful programs nationally. At the same time, he did not sacrifice his personal and religious convictions and beliefs-quite a career.