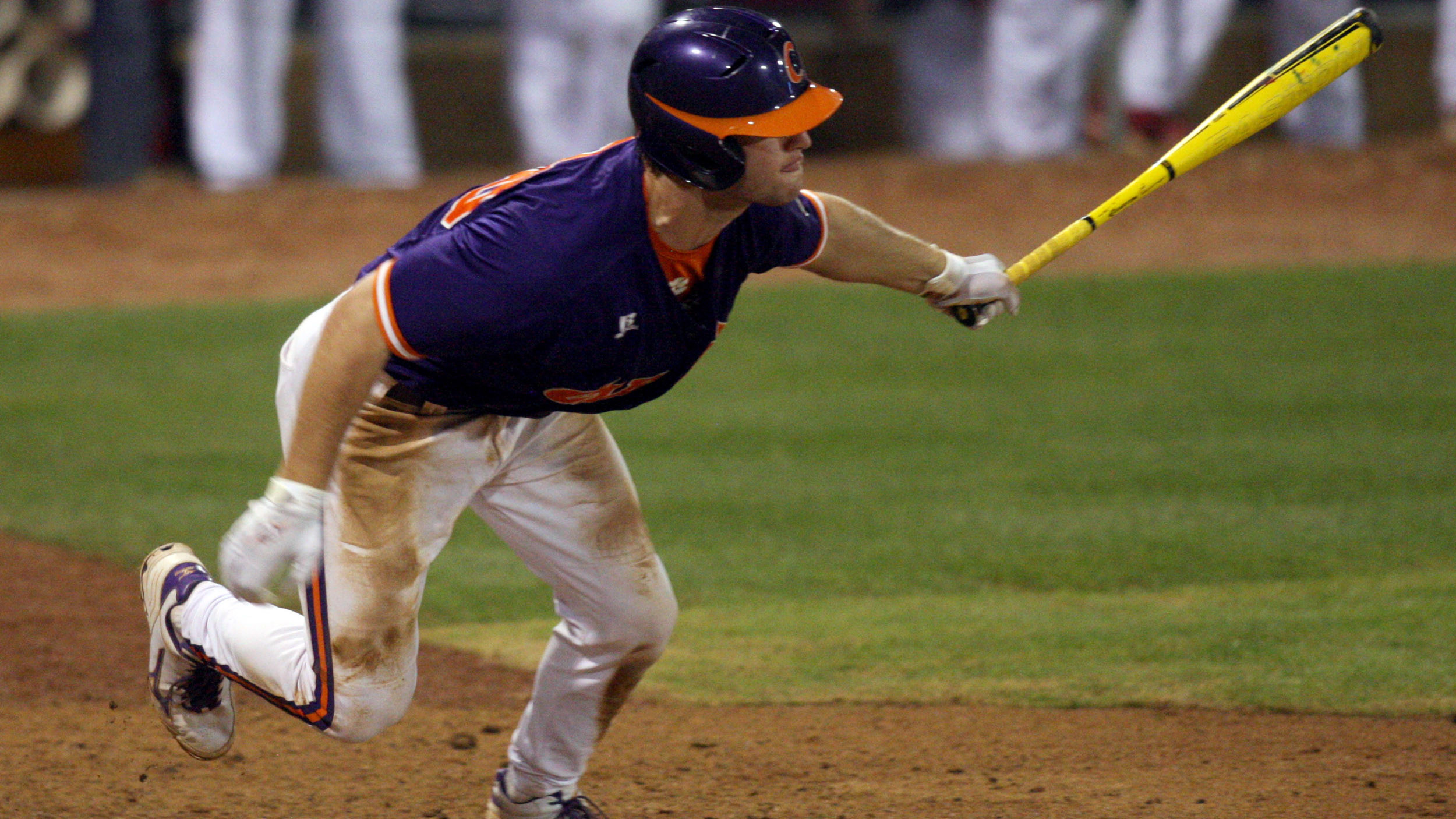 The Tigers grabbed the game’s first lead in the top of the second inning.  Garrett Boulware led off with a single through the left side, but was erased on Shane Kennedy‘s fielder’s choice.  After Kennedy stole second and third, he scored on a passed ball.

Grant Clyde evened the score in the bottom of the second inning when he belted a 1-2 pitch over the wall in left field for a solo homer, his fourth long ball of the season.

Jake Armstrong led off the third inning with a single to left field on a 1-2 pitch and advanced to second on Logan Ratledge’s sacrifice bunt.  After Trea Turner walked and Jake Fincher struck out, Brett Austin reached on a fielding error by second-baseman Steve Wilkerson, while Armstrong never stopped and scored from second on the play to give the Wolfpack a 2-1 lead.

Maleeke Gibson led off the sixth inning with a single to right field, Wilkerson followed with a single up the middle on a 1-2 pitch, and Steven Duggar loaded the bases with no outs on a bunt single.  Boulware grounded into a double play as Gibson came home to tie the score.

Bryan Adametz led off the seventh inning with a single through the right side and Armstrong was hit-by-pitch.  Ratledge reached on a fielder’s choice, but Adametz was retired at third on Ratledge’s bunt back to the mound.  Turner walked to load the bases, then Fincher grounded a single through the left side to score Armstrong.  Ratledge also scored on an error after the throw back to the infield.  Austin followed with a double to left-center to score Turner and Austin.

Boulware hit a long solo homer to left field in the ninth inning, his eighth home run of the season, but it was not enough, as Clemson fell by three runs.

Boulware had a game-high three hits, including a homer and double, for the Tigers, who outhit the Wolfpack 8-6.

Clemson will have Thursday off before it plays #3 North Carolina in the ACC Tournament on Friday at 7:00 PM at Durham Bulls Athletic Park.  The Tigers will be the designated home team and occupy the third-base dugout.  For the Tigers to advance to the ACC Tournament Championship game, Clemson must win its final two games and N.C. State must lose its finals two games.