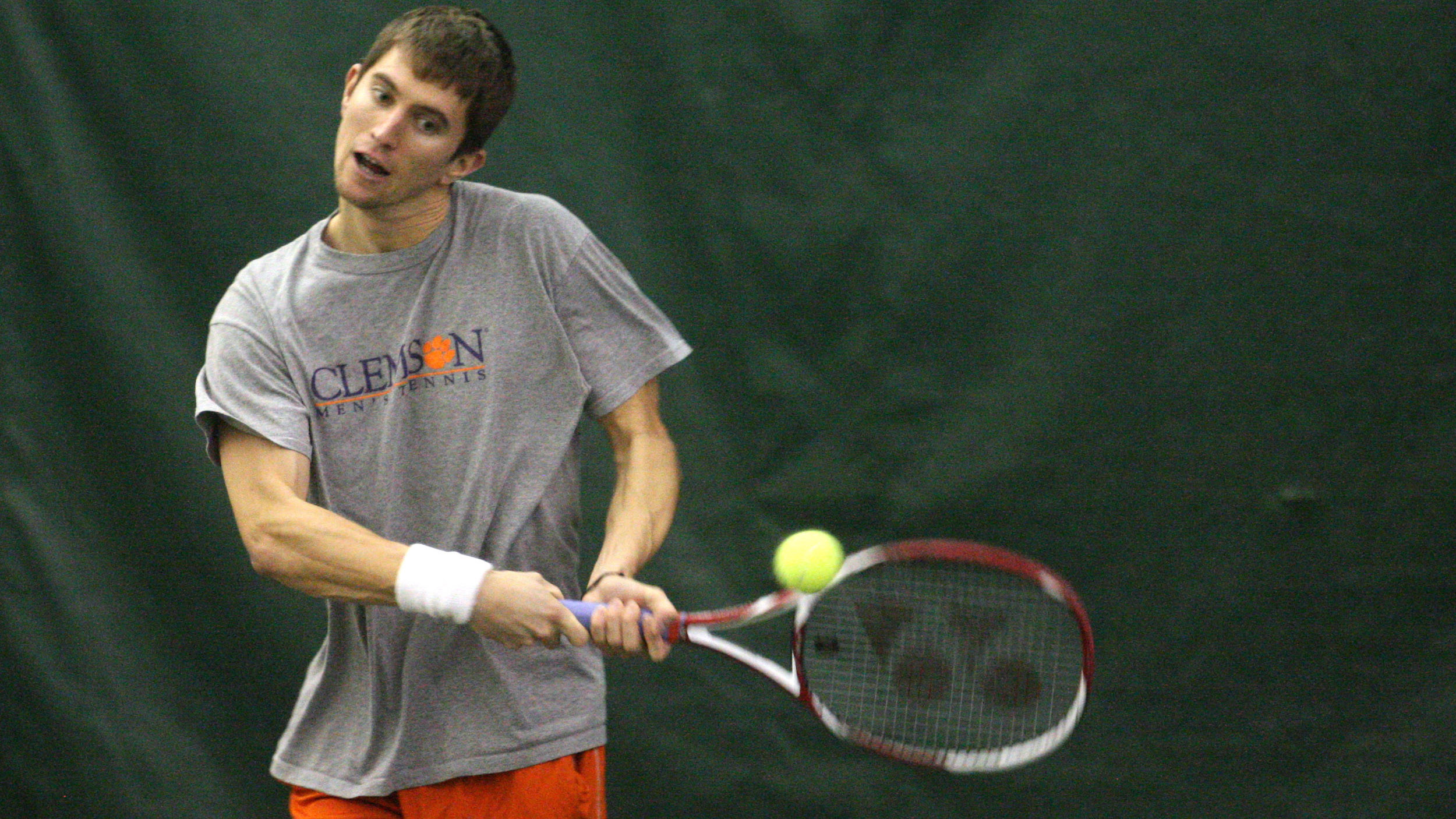 ATHENS, GA – Sixth-ranked Georgia defeated Clemson 6-0 in a men’s intercollegiate tennis match at Athens, GA Thursday evening.With the win, the Bulldogs improve to 3-0 overall, while Clemson suffers its first loss of the season and now has a 5-1 record.  Georgia is ranked sixth nationally according to the latest Intercollegiate Tennis Association poll.  The Tigers are ranked 55th in the same poll.Georgia started the day by winning the doubles point.  The fifth-ranked doubles team of Hernus Pieters and Ben Wagland defeated Yannick Maden and Austin Ansari at number-one doubles 8-1.  Dominique Maden who usually plays number-one doubles with his brother Yannick did not play in today’s match.  The Maden brother are ranked 19th as a doubles team.This set the tone for the rest of the doubles matches as the Bulldogs won the number-two and number-three flights and took the early 1-0 lead in the match.In singles, 19th-ranked Nathan Pasha of Georgia defeated 75th-ranked Yannick Maden at the number-one slot 7-6, 6-2.  At number-two singles Pieters, ranked 16th nationally, defeated Clemson’s Hunter Harrington 6-3, 7-5.  The Bulldogs also claimed victories in the next three singles matches as the number-six contest was not finished.Clemson will have the next few days off and will return to action on February 10, as the Tigers will play at Wisconsin before returning home to play host to Alabama on February 15.Georgia 6, Clemson 0