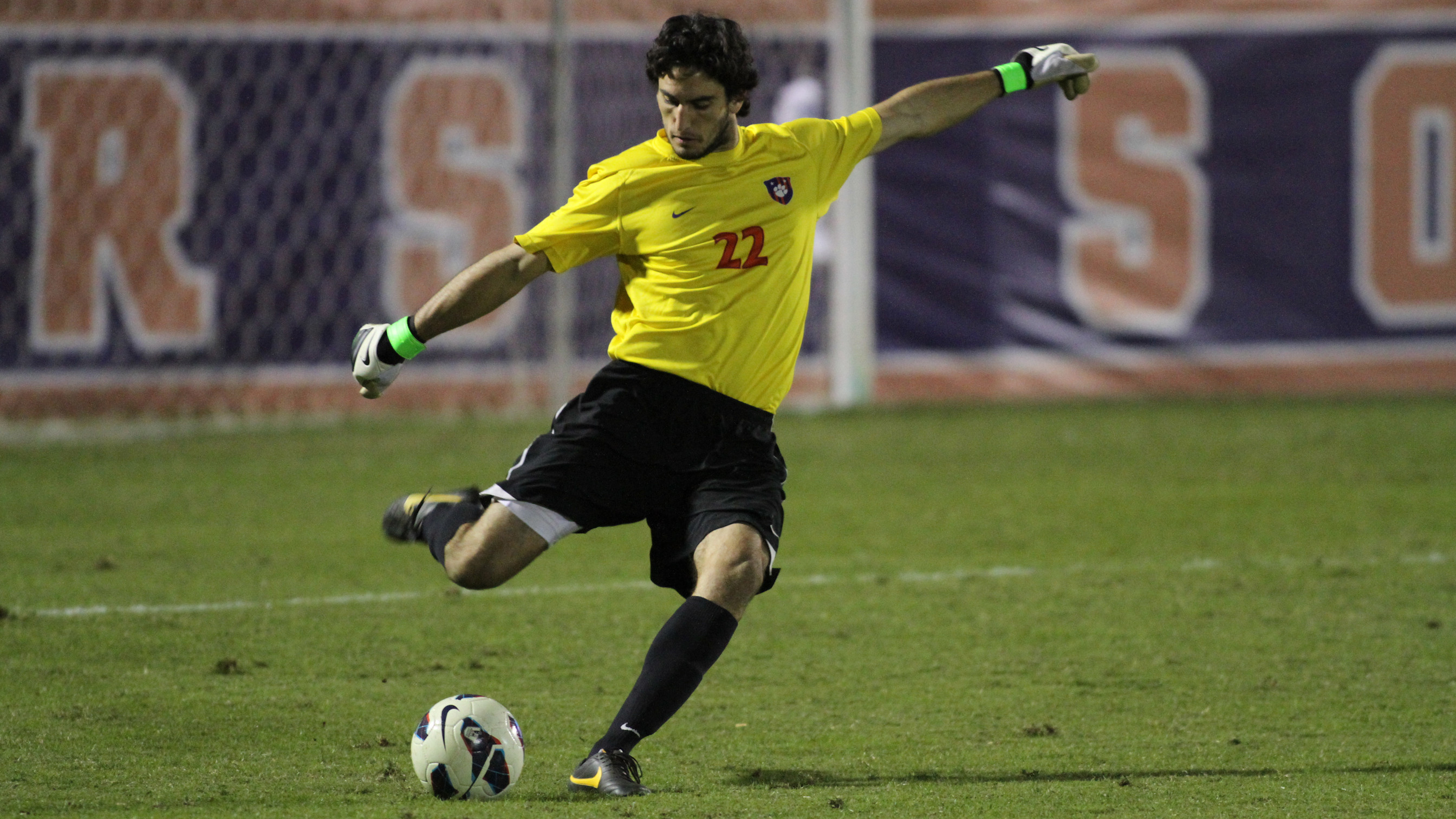 GERMANTOWN, MD – Michael Sauers scored late in the first overtime period in leading fourth-ranked Maryland to a 1-0 win over Clemson in the semifinals of the ACC Tournament at Germantown, MD late Friday night. With the win, Maryland improves to 12-3-5 overall, while Clemson falls to 11-7-2 overall. Maryland is the top seed in the tournament, while Clemson is seeded fourth. Maryland will play Virginia in the championship match on Sunday afternoon. Clemson’s best chance in the first overtime period occurred with 7:40 left to go. Thomas McNamara took a free kick that hit the Maryland wall and Maryland’s goalkeeper Zach Steffen knocked the attempt over the goal to keep the match scoreless. Sauers scored his goal at the 99:47 mark, just :13 seconds left in the first overtime period. The assist was credited to Patrick Mullins. After Mullins’ shot was deflected Sauers scored from five yards out near the right post. The Tigers’ goalkeeper Andrew Tarbell tied a career-high and had six saves in the match. “I was very proud of our team,” said Clemson Head Coach Mike Noonan. “We played hard, and we were prepared. I’m disappointed. I thought Andrew Tarbell played well in goal. It’s heart breaking, for the second year in a row, we lost to the same opponent in the same type of game. However, Tough times don’t last long, tough teams do. Hopefully the NCAA will see how well we played this year and we can continue our season.” Clemson will await word on a possible NCAA Tournament bid. The selection show will be on Monday at 12:00 noon. Shots:  Clemson 11, Maryland 13 Corner Kicks:  Clemson 8, Maryland 4 Saves:  Andrew Tarbell (CU) 6, Zach Steffen (MD) 3 Fouls:  Clemson 15, Maryland 10 Attendance:  3,352