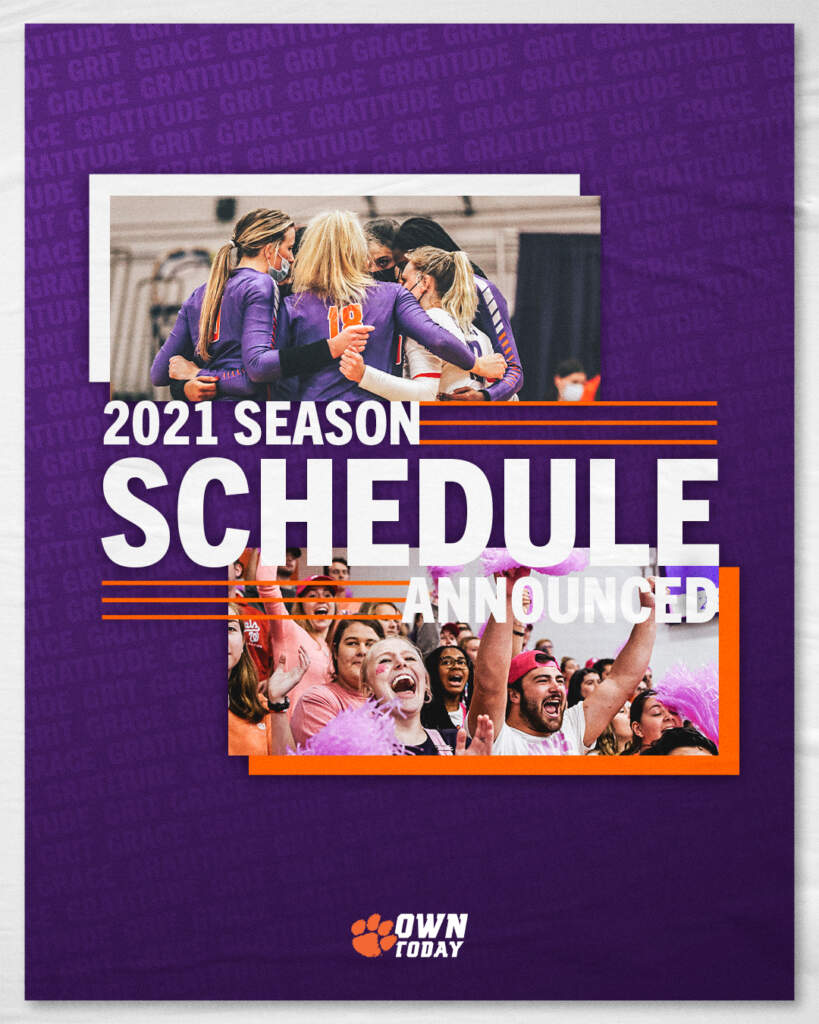 All 2021 regular-season matches in Jervey Gym are general admission seating and free to the public. The Clemson Volleyball broadcast schedule is expected to be announced at a later date.

Clemson, which finished with its abbreviated 2020-21 season with an overall record of 12-10, is set to compete in 30 matches this fall. The Tigers’ two home tournaments bookend back-to-back weekend road trips. First, Clemson heads to Columbia, South Carolina for the annual Gamecock Invitational (Sept. 2-3) before traveling to the Owls’ Kennesaw State Invitational (Sept. 10-11). The Tigers’ non-conference slate also features three standalone matches against Gardner-Webb (Sept. 5), Georgia State (Sept. 15) and Southern Miss (Nov. 10), all of which will be held in Jervey Gym.

This year’s ACC slate features 18 league matchups, half of which will commence in Jervey Gym. The Tigers open ACC play at Virginia Tech (Sept. 24) before returning to Jervey Gym the following weekend to host Louisville (Oct. 1), which advanced to the second round of the NCAA tournament last season. Clemson is scheduled to face each ACC opponent at least once, and will challenge Pitt, Miami, Georgia Tech and NC State in home-and-home series.

Clemson’s home regular-season finale against the Panthers (Nov. 21) is expected to be Senior Day in Jervey Gym. 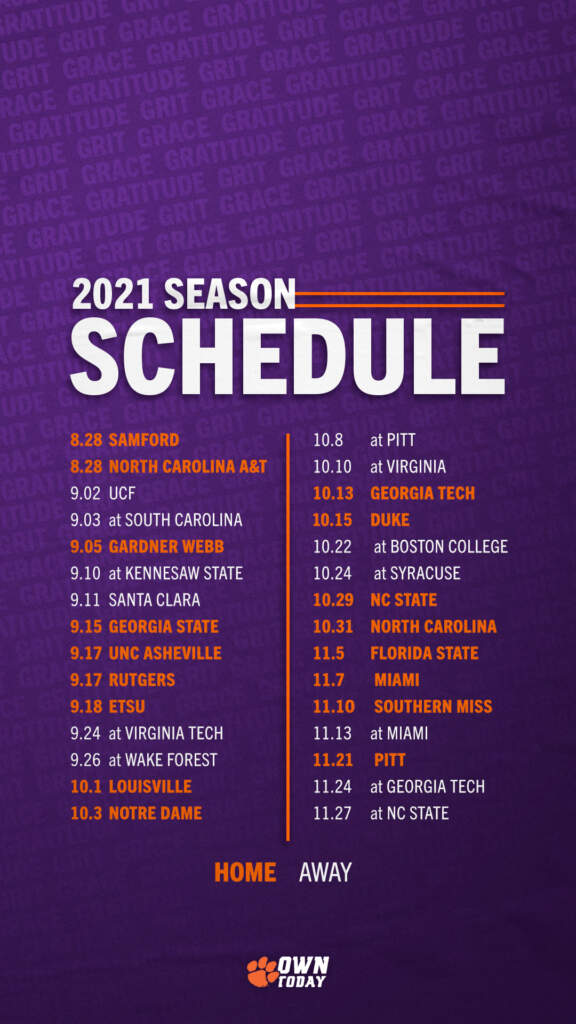