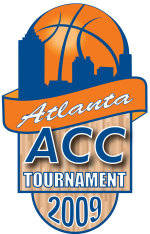 The 2009 ACC Men’s Basketball Tournament will be held at the Georgia Dome in Atlanta, GA March 12-15. Currently, the Clemson men’s basketball team is ranked in the top 10 in the nation, and Oliver Purnell and his Tigers have generated a tremendous amount of excitement with our students and donors. This year, the demand for home game tickets has been tremendous and we anticipate this enthusiasm will carry over into the requests for ACC Tournament tickets.

Since this year’s tournament will be hosted at one of the larger venues in recent years, Clemson will receive a total of 2,500 tickets, as compared to 1,400 in previous years.

This year we will be able to offer the opportunity to purchase ACC Tournament tickets to approximately 900 IPTAY donors, as compared to only 300 last year when the event was held in Charlotte. Therefore, with Atlanta just a short drive away, we anticipate a continued strong demand for this highly coveted event.

This year more Tiger fans and donors will have the opportunity to make the trip to support our Tigers as they compete in one of the most prestigious basketball tournaments in the country. Last year, Coach Purnell and the Tigers reached the championship game, which marked the first time in 46 years that Clemson reached the finals of the conference tournament. We are all excited about the potential for even higher goals for the ACC and the NCAA Tournament in 2009.

This year the ACC Tournament has two ticket prices: $396 and $363. The point cut-offs determined by the IPTAY/Ticket Office are listed below and you must be a basketball season ticket holder to qualify.

We will remain consistent with last year in limiting the maximum number of tournament tickets at four (4) ticket books and two (2) ticket books with the respective IPTAY priority point cut-offs. The reason for this is to accommodate as many IPTAY donors as possible this year and in future years.

When you evaluate the number of tickets available to our donors after we handle our player guest tickets, coaches, University and Athletic officials and students, as well as contractual obligations with our car dealers and sponsors, we will have approximately 2,000 tickets to offer to IPTAY donors. We wanted to convey the process for this year’s ACC Men’s Basketball Tournament, as well as our allocation process, well in advance. Again, if donors do not order at their priority, as in past years, we will lower the point total after the February 9 deadline and mail order forms to the appropriate IPTAY donors.

IPTAY donors that have not been able to attend the ACC Tournament in the past, this is your year. It is a magnificent event to attend and the Tigers need your support in the Georgia Dome March 12-15.