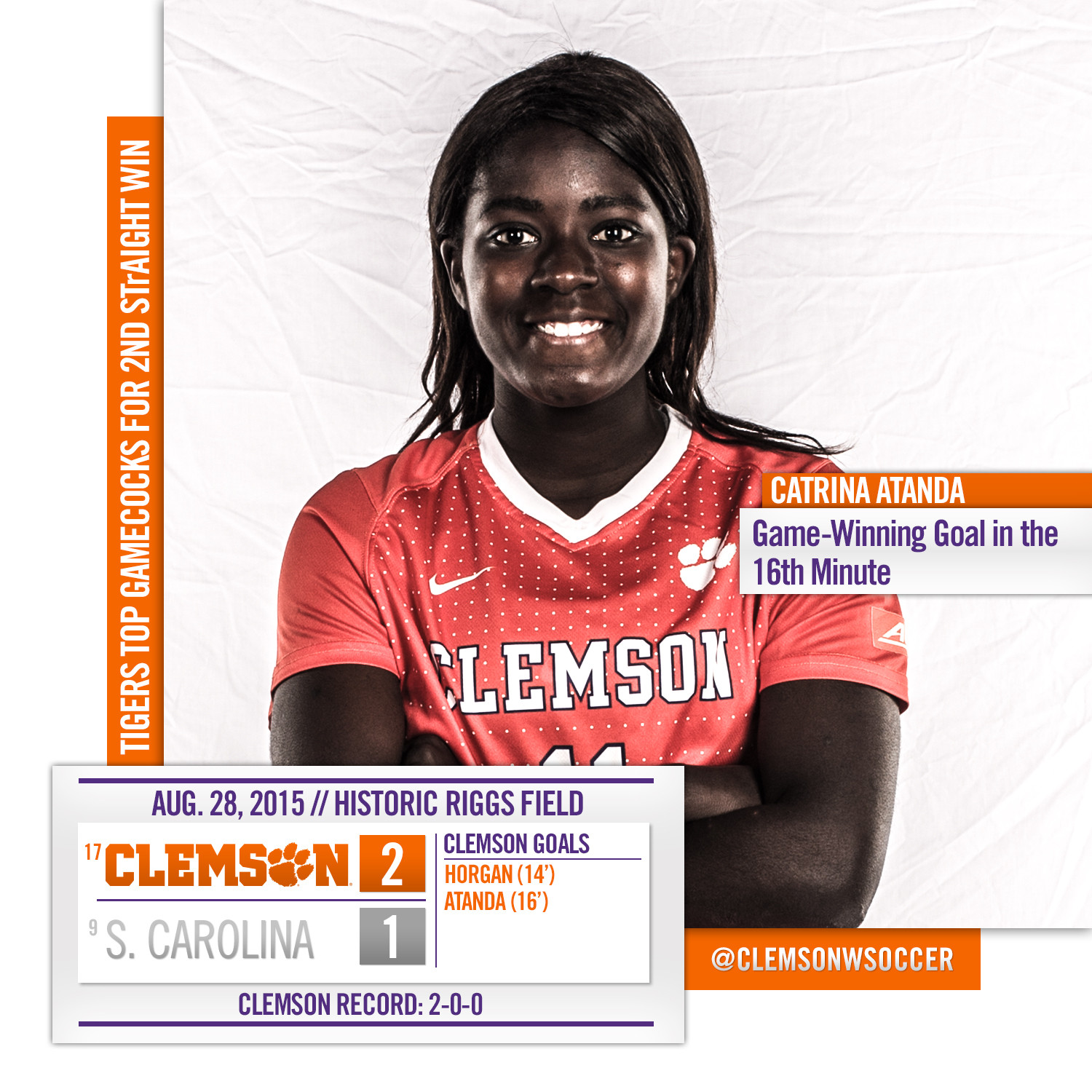 CLEMSON, S.C.- Just 9:48 into the game Clemson found itself down 1-0 in the first game of the Certified SC Grown Palmetto Series opener at Historic Riggs Field, Friday night. The Tigers bounced back four minutes later and again in the 16th minute to seal a 2-1 win against South Carolina.

In the 14th minute a throw in from freshman defender Samantha Staab connected with the head of sophomore Shannon Horgan and found its way to the left side of the net to even the score at one.

Less than two minutes later, junior midfielder Catrina Atanda chipped a ball over the keeper’s head to give the Tigers a 2-1 lead. Abby Jones passed the ball to Samantha Staab who picked up her second assist of the game. The Gamecocks only threatened once the remainder of the game testing junior goalkeeper Kailen Sheridan just twice the entire game.

Head Coach Eddie Radwanski was proud of the way his team responded giving up an early goal. “The girls have a lot of inner strength and have taken a lot of lessons from the pre-season and gave us their response. I was really proud of our concentration and thought we were really dangerous in the first half.”

The Tigers return to Historic Riggs Field to take on UNC Wilmington on Sunday, Aug. 30 at 1 p.m. before going on the road to Athens to take on Georgia on Friday, Sept. 4 at 7 p.m.