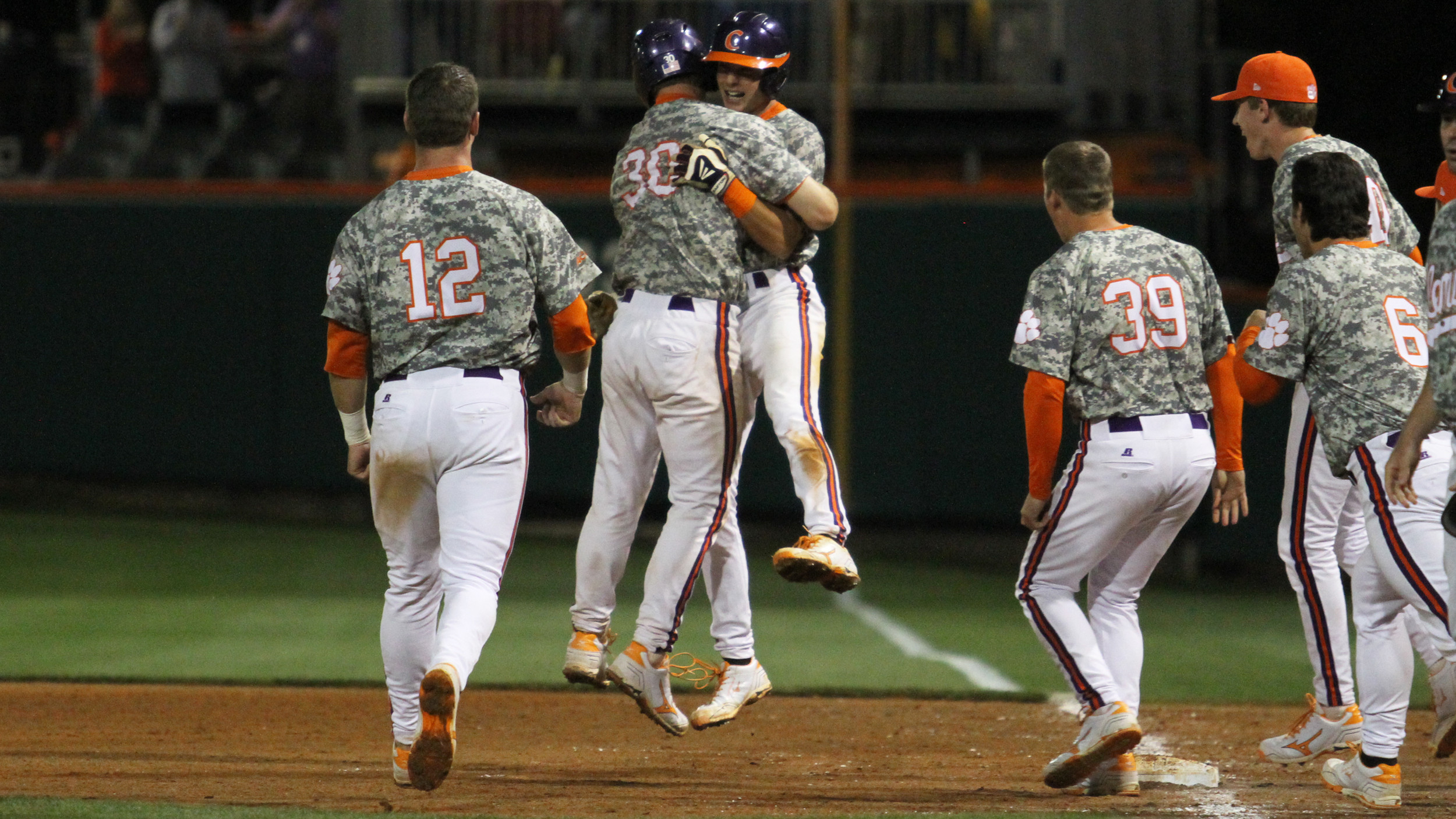 Scott Firth (5-4) pitched the final 2.0 innings to earn the win.  He gave up two hits, no runs, and two walks with one strikeout.  Starter Matthew Crownover struck out a career-high six batters in 5.1 innings pitched as well.

Kyle Wren led off the sixth inning with a double to right field and advanced to third on Brandon Thomas‘ sacrifice bunt.  Evans ripped a 1-2 pitch over the third-base bag for a double to score Wren.  After Daniel Palka flared a single to right-center, Sam Dove reached on a fielder’s choice as Palka was retired at second and Evans scored to give Georgia Tech a 2-0 lead.

Steven Duggar led off the eighth inning with a walk after being down in the count 0-2.  After stealing second and moving to third on an error, Duggar scored on Boulware’s single through the left side to cut the Yellow Jackets’ lead in half.

Dove led off the top of the ninth inning with an infield single and stole second.  Three batters later with two outs, Mott Hyde belted a double to left field to score Dove, upping Georgia Tech’s lead to 3-1.

In the bottom of the ninth inning, Jon McGibbon led off with a walk after being down in the count 0-2.  Thomas Brittle ripped a triple off first-baseman A.J. Murray’s glove to score McGibbon.  Tyler Slaton walked on five pitches and stole second, then Steve Wilkerson walked on four pitches to load the bases with no outs.  Duggar grounded into a double play to plate Brittle and tie the score.

Wren led off the top of the 10th inning with an infield single and stole second.  After Wren advanced to third on Thomas’ sacrifice bunt, Wren was retired on a grounder by Evans back to the mound before Evans took second on the rundown.  After Palka was intentionally walked, Dove struck out to end the inning.

Costigan reached with one out in the bottom of the 10th inning and Krieger walked.  McGibbon grounded out to second to move both runners into scoring position, then Brittle walked on four pitches to load the bases.  But Slaton grounded out to first to end the inning.

Wilkerson reached as the leadoff batter of the 11th inning on an error and stole second.  Two batters later, Boulware walked on four pitches.  Shane Kennedy walked to load the bases, then Maleeke Gibson reached on a fielder’s choice as Wilkerson was retired at the plate for out #2.  But Krieger came through with a single down the left-field line on a 2-2 pitch to plate Boulware for the winning run.

Boulware and Krieger had two hits apiece to lead Clemson, who had just five hits in the game.  Slaton added a game-high four walks.  Every Tiger starter walked at least once.

Wren, Evans, and Dove had two hits apiece to pace the Yellow Jackets, who totaled 10 hits in the contest.

Clemson and Georgia Tech will play game-three of the three-game series on Saturday at 11:00 AM.