Clemson College was founded in 1889 as an all-male military institution, and seven years later, began its athletics program in 1896.

Since that time more than 125 years ago, Clemson University has undergone many changes, especially to its athletic department. One of the biggest changes Clemson has made is the implementation of Title IX in 1972. June 23, 2022 marks the 50th anniversary of the passing of Title IX, which states that:

“No person in the United States shall, on the basis of sex, be excluded from participation in, be denied the benefits of, or be subjected to discrimination under any education program or activity receiving federal financial assistance.”

Now in its 47th year, women’s varsity athletics at Clemson has enjoyed a rich tradition of success at the local, national and international levels.

When Hall-of-Fame Athletic Director Bill McClellan took over the athletic department in 1971, Clemson had no women’s varsity athletics teams. Just four years later (and three years after the passing of Title IX), McClellan announced in September of 1975 the elevation of basketball, fencing, swimming and tennis as the first women’s varsity sports. By 1977, Clemson had also added volleyball and field hockey, enhancing facilities and infrastructure quickly. Six of the first eight programs had a final top 20 ranking within their first five years of existence.

The first varsity women’s athletics competition was a women’s swimming tri-meet against Brenau and Appalachian State on Nov. 11, 1975. Mary K. King was the first woman to earn a head coach title at Clemson, as she led both the tennis and basketball programs in their first seasons (1975-76). Women’s tennis finished its first season 10-2, and women’s basketball finished with a 13-11 mark that season. Fencing finished its inaugural season 2-6 overall, and swimming was 6-5. Over the next two decades, Clemson would add cross country, track and field and diving. Soccer joined the offerings in 1994, rowing in 1999, golf in 2013 and softball in 2020.

Clemson’s first individual national champion was Tina Krebs, who in 1983 won the indoor 1000-meter race. She would add NCAA titles in 1985 (indoor 1500m) and 1986 (indoor mile). Overall, Clemson has 18 individual national championship performances, (13 in track, four in swimming, and one in Rowing), 39 ACC team championships, and ten Olympic medalists.

Each year, more than 275 women suit up in the orange and purple. Thousands of women’s athletes have called Clemson home and participated in a total of 16 sports throughout the years. In addition to the student-athletes, Clemson presently has women in head coach roles for eight sports – basketball, men’s and women’s cross country, tennis, volleyball, golf, lacrosse and gymnastics.

And while the history of the program is strong, it’s the future that is brightest. Clemson has added four women’s sports in the past decade – golf, softball, lacrosse (2022-23) and gymnastics (2023-24). 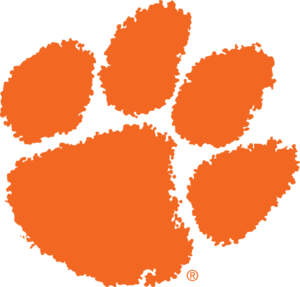 The Clemson University Board of Trustees Finance and Facilities Committee reviewed and approved a $27.5 million expansion plan for new and upgraded lakefront facilities for lacrosse, gymnastics and rowing.

Meet our Coaches and Student-Athletes

Women in the Ring of Honor

POWERED BY US
SHOP
Anna McLean

Softball’s first ACC Rookie, Player of the Year and All-American.

Hear Her Roar, a fundraising initiative led by IPTAY,  raises awareness and financial support for Clemson’s women student-athletes, providing them a premier collegiate experience both athletically and academically.

Supporters of IPTAY and Hear Her Roar play an integral part in:

Learn More About Hear Her Roar